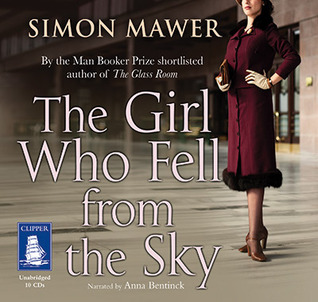 Marian Sutro is an outsider: the daughter of a diplomat, half French, half British, naive yet too clever for her own good. But when she is recruited from her desk job by SOE to go undercover in wartime France, it seems her hybrid status – and fluent French – will be of service to a greater, more dangerous cause.

Trained in sabotage, dead-drops, how to perform under interrogation and how to kill, Marian parachutes into south-west France, her official mission to act as a Resistance courier. But her real destination is Paris, where she must seek out family friend Clement Pelletier, once the focus of her adolescent desires. A nuclear physicist engaged in the race for a new and terrifying weapon, he is of urgent significance to her superiors. As she struggles through the strange, lethal landscape of the Occupation towards this reunion, what completes her training is the understanding that war changes everything, and neither love nor fatherland may be trusted.

Find The Girl Who Fell from the Sky on Goodreads

The Girl Who Fell From The Sky was on the longlist for The Walter Scott Prize for Historical Fiction in 2013 and the follow-up, Tightrope, which continues Marian’s story and which I read in 2018 (I know, wrong order) won The Walter Scott Prize in 2016. I listened to the audiobook version superbly narrated by Anna Bentinck. Although I’m no expert, her French pronunciation sounded pretty flawless to me.

The book opens in dramatic style with Marian becoming literally the girl who fell from the sky. Thereafter the reader is taken back in time to Marian’s initial recruitment to a very shadowy organization whose name is not shared even with recruits. Along with others, Marion undergoes a rigorous training programme, the details of which I found absolutely fascinating. The training includes the tradecraft required for an agent going undercover in enemy territory, in this case occupied France.

Once in France, Marian adopts a series of cover names and, through her eyes, we witness the constant fear of putting a foot wrong, of having your cover blown as a result of the smallest error or betrayal by another, or simply being in the wrong place at the wrong time. The events described in the book vividly illustrate the courage of those who were part of the Resistance, risking their lives every day. The tension never lets up and I found the whole story absolutely gripping.

Try something similar: City of Spies by Mara Timon 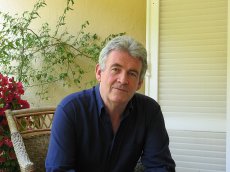 Simon Mawer was born in 1948 in England, and spent his childhood there, in Cyprus and in Malta. He then moved to Italy, where he and his family lived for more than thirty years, and taught at the British International School in Rome. He and his wife currently live in Hastings. Simon Mawer is the author of several novels including the Man Booker shortlisted The Glass Room, The Girl Who Fell From The Sky and Tightrope. (Photo/bio credit: Publisher author page)