Welcome to the penultimate day of the blog tour for The White Girl by Tony Birch. My thanks to Anne at Random Things Tours for inviting me to take part in the tour and to HarperCollins for my digital review copy.  Do check out the post by my tour buddy for today, bookstagrammer Atomic Books 1976. 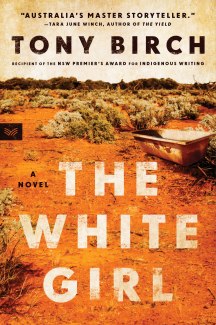 Odette Brown has lived her entire life on the fringes of Deane, a small Australian country town. Dark secrets simmer beneath the surface of Deane – secrets that could explain why Odette’s daughter, Lila, left her one-year-old daughter, Sissy, and never came back, or why Sissy has white skin when
her family is Aboriginal.

For thirteen years, Odette has quietly raised her granddaughter without drawing notice from welfare authorities who remove fair-skinned Aboriginal children from their families. But the arrival of a new policeman with cruel eyes and a rigid by-the-book attitude throws the Brown women’s lives off-kilter. It will take all of Odette’s courage and cunning to save Sissy from the authorities, and maybe even lead her to find her daughter.

Bolstered by love, smarts, and the strength of their ancestors, Odette and Sissy are an indomitable
force, handling threats to their family and their own identities with grace and ingenuity, while never
losing hope for themselves and their future.

Find The White Girl on Goodreads

The White Girl is the first book I’ve read by Tony Birch, an author I had never come across before being invited to participate in this blog tour. However on the strength of this book I’ll definitely be searching out more of his work.

“Trouble? Our people have been in one sort of trouble or another from the first day we set eyes on a white person.”

I knew vaguely about the discrimination faced by the indigenous people of Australia but the experiences of Odette and her granddaughter gave me a first-hand insight into the daily realities of their lives: enforced segregation, the separation of families, restrictions on freedom of movement and the withholding of the right to citizenship. I found it shocking to think that the sort of discrimination one might associate with the period before the abolition of slavery could still be taking place in Australia in the 1960s.

Alongside the state-sponsored discrimination, Odette and fellow Aboriginal people are subject to racial abuse and threats of violence meaning they need to exercise caution about where they go or what they say, all the time on their guard in case they breach the petty rules governing their lives. Such an environment acts as a kind of shield for those with violent and racist inclinations.

The despicable attitude towards Aboriginal people is exemplified in the character of Sergeant Lowe whose warped sense of superiority (reinforced by the legal framework of the ironically named Aborigines Protection Act) convinces him he has a duty to ‘protect’ the children of indigenous families. ‘He would begin with auditing each of the Aboriginal children under his guardianship with a view to deciding the best outcome for their future welfare.’ That ‘welfare’ includes removing children from their families and placing them in institutions.

Odette is the most wonderful character who demonstrates amazing fortitude and a willingness to put the interests of her granddaughter, Sissy, before her own.  The relationship between Odette and Sissy is lovely too, with Sissy showing an increasing maturity as the book progresses and that she has inherited the sharp wits of her grandmother. I also loved Odette’s friend, Millie Khan, one of the few people who has the courage to confront Lowe. ‘Oh, you’ve looked after the welfare of our young girls for a long time now. Most of them are dead, disappeared or were sent mad by what you did to them in the institutions.’

In the book’s poignant epilogue, we learn just what Odette’s love and determination has achieved but also the tragic consequences of the discrimination meted out to the indigenous people of Australia.

The White Girl is a beautifully written and absolutely enthralling story of unconditional love and courage in the face of adversity.

Try something similar: A Long Way From Home by Peter Carey 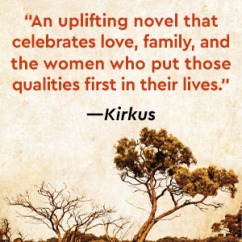 Tony Birch is the author of three novels: the bestselling The White Girl, winner of the 2020 NSW Premier’s Award for Indigenous Writing, and shortlisted for the 2020 Miles Franklin literary prize; Ghost River, winner of the 2016 Victorian Premier’s Literary Award for Indigenous Writing; and Blood, which was shortlisted for the Miles Franklin Award in 2012. He is also the author of Shadowboxing and four short story collections, Dark As Last Night, Father’s Day, The Promise and Common People; and the poetry collections, Broken Teeth and Whisper Songs. In 2017 he was awarded the Patrick White Literary Award for his contribution to Australian literature. Tony Birch is also an activist, historian and essayist.

It’s a pleasure to be joining the publication day celebrations for The Dark Earth by Gordon Doherty, the sixth and epic finale to his ‘Empires of Bronze’ series. Gordon is the author of the ‘Legionary’ and ‘Strategos’ series and, along with Simon Turney, forms the dream team behind the ‘Rise of Emperors’ series. Follow the links from the titles to read my reviews of The Blood Road (Legionary #7) and Masters of Rome (Rise of Emperors #2).

I’m delighted to be able to bring you an excerpt from The Dark Earth which you can read below. The Dark Earth is available to purchase now from Amazon UK and other retailers.

The time will come, as all times must, when the world will shake, and fall to dust…

1237 BC: It is an age of panic. The great empires are in disarray – ravaged by endless drought, shaken by ferocious earthquakes and starved of precious tin. Some say the Gods have abandoned mankind.

When Tudha ascends the Hittite throne, the burden of stabilising the realm falls upon his shoulders. Despite his valiant endeavours, things continue to disintegrate; allies become foes, lethal plots arise, and enemy battle horns echo across Hittite lands.

Yet this is nothing compared to the colossal, insidious shadow emerging from the west. Crawling unseen towards Tudha’s collapsing Hittite world comes a force unlike any ever witnessed; an immeasurable swarm of outlanders, driven by the cruel whip of nature, spreading fire and destruction: the Sea Peoples.

Every age must end. The measure of a man is how he chooses to face it.

Find The Dark Earth on Goodreads

Extract from The Dark Earth by Gordon Doherty

Darkness fell and the blizzard hissed over the col. The Hittite soldiers hunkered down around a fire, pinching their hands for heat. Prince Tudha moved around the edges of the sheltered camp, thanking each man by name for their swiftness in tracking down the cattle rustlers. It was a technique King Hattu had taught him – to show them that they were more than just soldiers, to forge a bond. He spotted the granite-faced one again – the one who had been acting suspiciously all day. He realised that – to his shame – he didn’t know this man’s name. The mountain of muscle sat in just his leather kilt – no cloak for warmth – re-braiding his three pigtails.

The man looked up, sour at the interruption. ‘Skarpi.’

Tudha noticed how he seemed detached from the others. A loner. ‘You did well today. I will not forget your part in things.’

‘Hmm,’ the man said, then turned back to his braiding.

Bemused, Tudha left him to it rather than make an issue of his demeanour. Yet as he strolled away, he was certain – certain – that the man’s eyes were burning into his back.

‘My prince,’ called Heshni from the edge of the camp. He was beckoning Tudha over, shooting concerned looks past him and towards the spot where Skarpi was seated.

‘Who is that man?’ Tudha asked quietly as he neared his half-brother.

‘Skarpi? A nobody – son of a prostitute, some say. Lucky to be part of the Mesedi.’ Heshni eyed the surly soldier again sceptically, then beckoned Tudha towards the edge of the col. ‘Come, I wanted to show you something. Lights.’

‘I saw a torch, out there in the night, shining damply in the murk,’ Heshni explained, guiding Tudha forward, round the base of the col and down a loose track. Outside the lee of their camp, the storm roared, casting their long hair and cloaks horizontal. ‘I think the cattle thieves have doubled back,’ Heshni shouted to be heard in the scream of the blizzard. ‘They mean to steal from you again.’

‘Could they be so foolish?’ Tudha said, the snow stinging his bare arms and face. He could see nothing out there. ‘Where are these lights?’

‘There, look,’ Heshni said, pointing into the whiteout. He stepped aside to allow Tudha past to see for himself.

Tudha stared hard, but could see nothing except speeding white snow and darkness beyond. ‘I see no lights, and even if I could, I cannot believe that those men would risk their necks again. They knew how close they came to death today.’

‘If only you were so wise,’ Heshni purred from behind, the words underscored by the zing of a sword being plucked from its sheath.

Tudha swung on his heel, horrified by the sight of his half-brother, rising over him, teeth gritted in a snarl, blade plunging down towards his chest.

Blood erupted, hot and stinking. Tudha fell to his back, coughing, retching. Snow and blood all around…

Gordon writes: “I’m a Scottish writer, addicted to reading and writing historical fiction. My love of history was first kindled by visits to the misty Roman ruins of Britain and the sun-baked antiquities of Turkey and Greece. My expeditions since have taken me all over the world and back and forth through time (metaphorically, at least), allowing me to write tales of the later Roman Empire, Byzantium, Classical Greece and even the distant Bronze Age.”