Lisbon, 1943. When her cover is blown, SOE agent Elisabeth de Mornay flees Paris. Pursued by the Gestapo, she makes her way to neutral Lisbon, where Europe’s elite rub shoulders with diplomats, businessmen, smugglers, and spies.

The closer Elisabeth comes to discovering the truth, the greater the risk grows. With a German officer watching her every step, it will take all Elisabeth’s resourcefulness and determination to complete her mission.

But in a city where no one is who they claim to be, who can she trust?

Find City of Spies on Goodreads

If you’d asked me for my thoughts about City of Spies at the end of Part One, I might have observed that it reminded me of other books I’ve read that feature women working undercover with the French Resistance in World War 2. Set in June 1943 and written in a rather breathless style made up of short or incomplete sentences, the first part of the book sees SOE agent and wireless operator Elisabeth (codename Cecile) forced to make a rapid escape from occupied France. Having said that, not only does it vividly illustrate the constant risk of discovery faced by SOE agents, it also reveals something of Elisabeth’s character. She’s resourceful, courageous, has a keen instinct for danger and, when required, is a deadly opponent.

If the first part of the book was all action, once the story moves to the melting pot that is wartime Lisbon, it’s intrigue and drama that take centre stage. In adopting her new identity, that of French widow Solange Verin, Elisabeth has to use all the espionage skills she learned during her SOE training – adopting disguises, establishing a safe house, following people without being detected and losing those trying to keep tabs on her. Oh, and her skill with a gun or knife comes in useful too.

Elisabeth’s new mission takes her to the glamorous hotels of Lisbon, the beachfront bars of Estoril and exclusive soirees in private villas. There she rubs shoulders with society ladies, diplomats and German officers hoping she may come across useful information to convey back to Britain. As she recognises, this involves her setting herself up as “live bait” but it’s a challenge she relishes, for both patriotic and personal reasons, in order to take the fight to the Germans.

Officially neutral, Lisbon is in reality anything but, living up to its reputation as the “City of Spies”. Among the lessons Elisabeth learns are that there are informers everywhere, few people are exactly what they seem and knowing who to trust is not easy. As one character observes to Elisabeth, “In our line of work…there is rarely certainty. We have to make do with probability, with calculated risks”.

I won’t reveal any more of the plot except to say there are twists and turns aplenty and the tension and excitement really builds in the final chapters. For me, it also had the perfect ending. To find out why I say that you’ll have to read City of Spies for yourself! 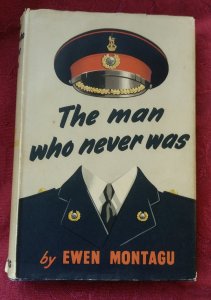 By the way, don’t be put off by the extensive character list at the beginning of the book; you won’t need to remember who everyone is. However, if you’re the sort of person who sits through the credits at the end of a film, you’ll find it interesting to see which of the characters who feature in the book (even only as passing references) existed in real life and which are invented. Personally, I was excited to come across a mention of ‘Major Martin’ as he features in one of my favourite war films, The Man Who Never Was, based on the book of the same name by Ewan Montagu.

There were some great bonus items at the back of my copy of the book – the fascinating Historical Note and the author’s essay “Touring the City of Spies” in which she suggests places to visit and things to do in the city and its environs. These include eating local seafood in the Bairro Alto and listening to fado in the Alfama District. (I remember my parents having a record by the famed fado singer, Amalia.) There’s also a Q&A with the author in which she reveals, among other things, what she’s working on next.

The cover quote “Casablanca meets Le Carré” has it spot on. City of Spies has drama, intrigue, a formidable leading character and a fascinating setting. Add a handsome German officer to provide temptation and what more could you ask for from a wartime spy novel?

I received an advance review copy courtesy of Zaffre and Readers First.

Mara Timon is a native New Yorker and self-proclaimed citizen of the world who began a love affair with London about 20 years ago. She started writing short stories as a teenager, and when a programme on the BBC caught her interest, she followed the ‘what ifs’ until a novel began to appear. Mara lives in London and is working on her next book. She loves reading, writing, running, Pilates, red wine, and spending time with friends and family – not necessarily in that order. (Photo credit: Twitter profile)