Nonfiction November has commenced – and, yes, I do know it’s still October.

The first of this year’s weekly discussion prompts is Your Year in Nonfiction, hosted by Julz of Julz Reads. Julz asks us to take a look back at our year of nonfiction and reflect on the following questions:

So far this year I’ve read five works of nonfiction – although I’m hoping to add to that during November as you can see from my reading list. My main motivation for taking part this year is to encourage me to read a few of the nonfiction books in my TBR pile and take a temporary break from a diet solely made up of fiction.

Links from the titles will take you to my full review.

Where The Hornbeam Grows by Beth Lynch – the author reflects on her experience of making a garden in a new country
In My Life: A Music Memoir by Alan Johnson – the author looks back at key events in his personal and political life through the music that has meant the most to him

Beyond The Thirty-Nine Steps: A Life of John Buchan by Ursula Buchan – a new biography by the granddaughter of John Buchan that argues there was much more to him than just the author of the famous spy thriller
Untitled: The Real Wallis Simpson, Duchess of Windsor by Anna Pasternak – the author’s attempt to rehabilitate the reputation of the woman for whom Edward VIII gave up the throne of the United Kingdom 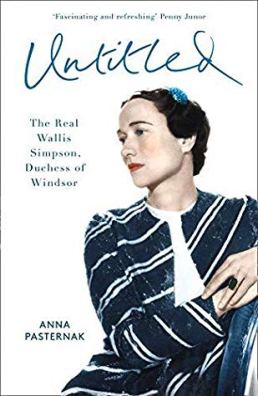 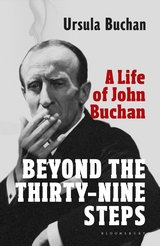 I think to anyone who knows me well my choice of titles won’t come as much of a surprise. To those who don’t, my list reveals my interest in the life and works of John Buchan (witness my ongoing Buchan of the Month reading project), in gardening and in 20th century history, especially the Second World War. A common thread is literary festivals I’ve attended as both Alan Johnson, Beth Lynch and Anna Pasternak have appeared at Henley Literary Festival and Ursula Buchan at Oxford Literary Festival.

Although I’ve published reviews of all these books on my blog, Ursula Buchan’s book appears as a reference source in all my reviews of the John Buchan books I read so I’d have to pick that as the one I’ve recommended most. It’s also my favourite not least because I heard Ursula talk about the book at Oxford Literary Festival and had my copy signed by her afterwards. So, as well as being a fascinating book, that makes it special.

19 thoughts on “Nonfiction November Week 1: My Year in Nonfiction #NonficNov”