Nik felt the mistake in his bones. The man in the snakeskin suit reached down towards him and pulled Nik upright by the collar of his coat. Nik didn’t see what happened next but he felt the wall. He cried out and then someone hit him and he closed his eyes and waited for it to be over.

London, 1967. Nik Christou has been a rent boy since he was 15. He knows the ins and outs of Piccadilly Circus, how to spot a pretty policeman and to interpret a fleeting glance. One summer night his life is turned upside down, first by violence and then by an accusation of murder.

Anna Treadway, fleeing the ghosts of her past, works as a dresser in Soho’s Galaxy theatre. She has learned never to place too much trust in the long arm of the law and, convinced Nik is innocent she determines to find him an alibi.

Merrian Wallis, devoted wife to an MP with a tarnished reputation, just wants proof that her husband couldn’t have been involved.

But how do you recognise the truth when everyone around you is playing a role – and when any spark of scandal is quickly snuffed out by those with power? As Anna searches for clues amongst a cast of MPs, actors, members of gentlemen’s clubs and a hundred different nightly clients, will anyone be willing to come forward and save Nik from his fate?

The Music Shop by Rachel Joyce

1988. Frank owns a music shop. It is jam-packed with records of every speed, size and genre. Classical, jazz, punk – as long as it’s vinyl he sells it. Day after day Frank finds his customers the music they need.

Then into his life walks Ilse Brauchmann. Ilse asks Frank to teach her about music. His instinct is to turn and run. And yet he is drawn to this strangely still, mysterious woman with her pea-green coat and her eyes as black as vinyl. But Ilse is not what she seems. And Frank has old wounds that threaten to re-open and a past he will never leave behind…

Links from the title will take you to my review.

The Girl from Vichy by Andie Newton (eARC, courtesy of Head of Zeus via NetGalley)

The Wanderers (The West Country Trilogy #2) by Tim Pears (audiobook) 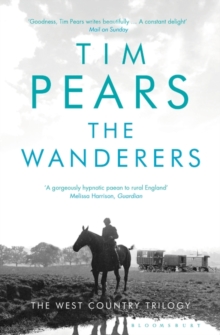 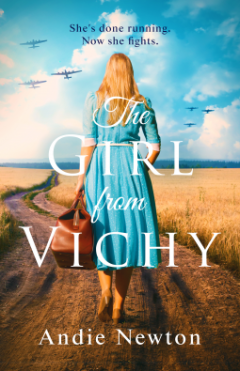 Bora is ordered to investigate the murder of Walter Niemeyer, a dazzling clairvoyant, a star since the days of the Weimar Republic. For years he has mystified Germany with his astounding prophecies. Bora’s inquiry, supported by former S.A member Florian Grimm, resurrects memories of the excessive and brilliant world of Jazz Age cabarets and locales. Around them, in the oppressive summer heat, constant allied bombing, war-weary Berlin teems with refugees and nearly a million foreign labourers.

Soon Bora realizes that there is much more at stake than murder in a paranoid city where everyone suspects everyone, and where persistent rumours whisper about a conspiracy aimed at the very heart of the Nazi hierarchy. Could the charming Emmy Pletsch, who works for Claus von Stauffenberg, be a key to understanding what is going on? Bora eventually meets with Stauffenberg, facing an anguishing moral dilemma, as a German soldier and as a man.