A book for the latest Classics Club Spin, a book for a blog tour, two books from my NetGalley shelf and an audiobook!

The Flowers of Adonis by Rosemary Sutcliff (e-book)

The 5th Century BC. The Greek city-states are engaged in perpetual war. But one man towers above the chaos. His name is Alkibiades. He is at once a pirate, statesman and seducer whose adventures rival those of Odysseus himself.

Citizen of Athens, friend of Socrates, sailor, warrior and inveterate lover, Alkibiades flees persecution in his native city to join the Spartan cause. However, his brilliant naval and diplomatic victories on their behalf do not save him from the consequences of impregnating the Spartan queen, and once more he takes up the outcast’s mantle.

The Saracen’s Mark by S.W. Perry (hardcover, courtesy of Corvus and Readers First)

1593: Five years on from the Armada and England is taking its first faltering steps towards a future as a global power. On an undercover mission to find out the fate of one of the queen’s informers, physician and reluctant spy, Nicholas Shelby, travels from the dark alleys of London to the dazzling Moor city of Marrakech.

Meanwhile in London, Shelby’s companion, Bianca Merton, must fight against the ravaging plague that is stalking the city. Can their budding relationship weather the threats of pestilence and conspiracy? And will Nicholas survive his mission and the unpredictability of Marrakesh to return home?

A brilliantly realized, utterly compelling historical mystery that will take you to far-flung destinations and into the very heart of a deadly conspiracy. 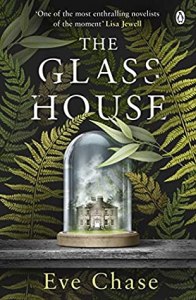 The Glass House by Eve Chase (eARC, courtesy of Penguin and NetGalley)

Outside a remote manor house in an idyllic wood, a baby girl is found.

The Harrington family takes her in and disbelief quickly turns to joy. They’re grieving a terrible tragedy of their own and the beautiful baby fills them with hope, lighting up the house’s dark, dusty corners. Desperate not to lose her to the authorities, they keep her secret, suspended in a blissful summer world where normal rules of behaviour – and the law – don’t seem to apply.

But within days a body will lie dead in the grounds. And their dreams of a perfect family will shatter like glass. Years later, the truth will need to be put back together again, piece by piece… 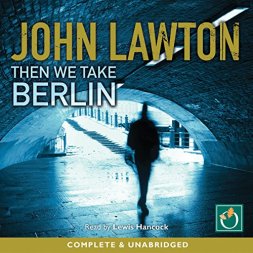 Then We Take Berlin (Joe Wilderness #1) by John Lawton (audiobook)

Joe Wilderness is a World War II orphan, a condition that he thinks excuses him from common morality. Cat burglar, card sharp, and Cockney wide boy, the last thing he wants is to get drafted. But in 1946 he finds himself in the Royal Air Force, facing a stretch in military prison . . . when along comes Lt Colonel Burne-Jones to tell him MI6 has better use for his talents.

Posted to occupied Berlin, interrogating ex-Nazis, and burgling the odd apartment for MI6, Wilderness finds himself with time on his hands and the devil making work. He falls in with Frank, a US Army captain, with Eddie, a British artilleryman and with Yuri, a major in the NKVD and together they lift the black market scam to a new level. Coffee never tasted so sweet. And he falls for Nell Breakheart, a German girl who has witnessed the worst that Germany could do and is driven by all the scruples that Wilderness lacks.

Fifteen years later, June 1963. Wilderness is free-lance and down on his luck. A gumshoe scraping by on divorce cases. Frank is a big shot on Madison Avenue, cooking up one last Berlin scam . . . for which he needs Wilderness once more. Only now they’re not smuggling coffee, they’re smuggling people. And Nell? Nell is on the staff of West Berlin’s mayor Willy Brandt, planning for the state visit of the most powerful man in the world: “Ich bin ein Berliner!”

Then We Take Berlin is a gripping, meticulously researched and richly detailed historical thriller – a moving story of espionage and war, and people caught up in the most tumultuous events of the twenty-first century. 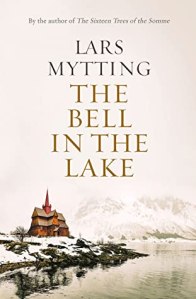 The Bell in the Lake by Lars Mytting, trans. by Deborah Dawkin (e-book, courtesy of MacLehose Press and NetGalley)

Norway, 1880. Winter is hard in Butangen, a village secluded at the end of a valley. The lake has frozen, and for months the ground is too hard to bury the dead. Astrid Hekne dreams of a life beyond all this, beyond marriage, children, and working the land to the end of her days. Then Pastor Kai Schweigaard takes over the small parish, with its 700-year-old stave church carved with pagan deities. The two bells in the tower were forged by Astrid’s forefather in the sixteenth century, in memory of conjoined twins Halfrid and Gunhild Hekne. They are said to hold supernatural powers.

The villagers are wary of the pastor and his resolve to do away with their centuries-old traditions, though Astrid also finds herself drawn to him. And then a stranger arrives from Dresden, with grand plans for the church itself. For headstrong Astrid this may be a provocation too far.

Talented architecture student Gerhard Schönauer is an improbable figure in this rugged community. Astrid has never met anyone like him; he seems so different, so sensitive. She finds that she must make a choice: for her homeland and the pastor, or for an uncertain future in Germany.

Then the bells begin to ring… 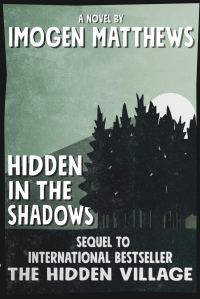 Hidden in the Shadows by Imogen Matthews (e-book, courtesy of Amsterdam Publishers and Random Things Tours)

Escape from the hidden village is just the beginning.

September 1944: The hidden village is in ruins. Stormed by the Nazis. Several are dead and dozens flee for their lives. Instead of leading survivors to safety, Wouter panics and abandons Laura, the love of his life. He has no choice but to keep running from the enemy who want to hunt him down.

Laura must also stay hidden as she is Jewish. Moving from one safe house to another, she is concealed in attics and cellars. The threat of discovery is always close at hand.

On the run with no end in sight, the two young people despair of ever seeing each other again. As cold sweeps in signalling the start of the Hunger Winter, time is running out. Wouter’s search now becomes a battle for survival. Where can Laura be? Will they ever be reunited? 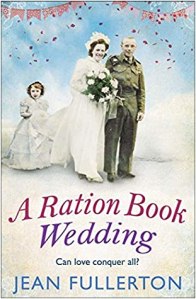 Because in the darkest days of the Blitz, love is more important than ever.

It’s February 1942 and the Americans have finally joined Britain and its allies. Meanwhile, twenty-three-year-old Francesca Fabrino, like thousands of other women, is doing her bit for the war effort in a factory in East London. But her thoughts are constantly occupied by her unrequited love for Charlie Brogan, who has recently married a woman of questionable reputation, before being shipped out to North Africa with the Eighth Army.

When Francesca starts a new job as an Italian translator for the BBC Overseas Department, she meets handsome Count Leonardo D’Angelo. Just as Francesca has begun to put her hopeless love for Charlie to one side and embrace the affections of this charming and impressive man, Charlie returns from the front, his marriage in ruins and his heart burning for Francesca at last.

Could she, a good Catholic girl, countenance an illicit affair with the man she has always longed for? Or should she choose a different, less dangerous path?

A Registry Of My Passage Upon The Earth by Daniel Mason (proof copy, courtesy of Mantle)

From the bestselling, award-winning author of The Winter Soldier and The Piano Tuner, a collection of interlaced tales of men and women as they face the mysteries and magic of the world.

On a fateful flight, a balloonist makes a discovery that changes her life forever. A telegraph operator finds an unexpected companion in the middle of the Amazon. A doctor is beset by seizures, in which he is possessed by a second, perhaps better, version of himself. And in Regency London, a bare-knuckle fighter prepares to face his most fearsome opponent, while a young mother seeks a miraculous cure for her ailing son.

At times funny and irreverent, always moving and deeply urgent, these stories – among them a National Magazine Award and a Pushcart Prize winner – cap a fifteen-year project. From the Nile’s depths to the highest reaches of the atmosphere, from volcano-racked islands to an asylum on the outskirts of Rio de Janeiro, these are tales of ecstasy, epiphany, and what the New York Times Magazine called the “struggle for survival…hand to hand, word to word,” by “one of the finest prose stylists in American fiction.” (Review to follow) 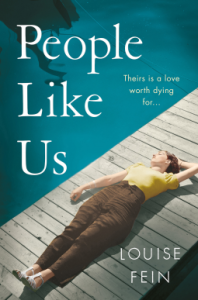 People Like Us by Louise Fein (eARC, courtesy of Head of Zeus and NetGalley)

As the dutiful daughter of a high-ranking Nazi officer, Hetty Heinrich is keen to play her part in the glorious new Thousand Year Reich. But she never imagines that all she believes and knows about her world will come into stark conflict when she encounters Walter, a Jewish friend from the past, who stirs dangerous feelings in her. Confused and conflicted, Hetty doesn’t know whom she can trust and where she can turn to, especially when she discovers that someone has been watching her.

Realizing she is taking a huge risk—but unable to resist the intense attraction she has for Walter—she embarks on a secret love affair with him. Together, they dream about when the war will be over and plan for their future. But as the rising tide of anti-Semitism threatens to engulf them, Hetty and Walter will be forced to take extreme measures.