I’m delighted to be today’s host on the blog tour for More Than A Soldier by D. M. Annechino. Subtitled One Army Ranger’s Daring Escape From the Nazis, it’s an exciting, vivid account of the true story of Angelo DiMarco’s exploits during World War 2. Read my review of this inspiring story below.

There’s also a giveaway with a chance for one lucky person to win a $25 Amazon gift card (US/Canada only). To enter, follow the link below. The giveaway runs until 24 June 2017.

Feeling a patriotic duty to defend his country after Japan bombed Pearl Harbour, seventeen year old, Angelo J. DiMarco, enlists in the U.S. Army. Severely short of frontline fighters, the Army rushes Angelo through Ranger training and sends him to Italy as part of the 1st Ranger Battalion. Their objective: stop the German invasion.  Fighting on the front lines in Italy, the Germans teach Angelo a sobering lesson on life when they capture him during the bloody battle of Cisterna. The poor living conditions and ill-treatment in the German prison camps quickly convince Angelo he has to find a way out. Against insurmountable odds, Angelo miraculously escapes in a way that stretches the imagination. He survives behind enemy lines for over five months, hiding from the Germans and trying to outmanoeuvre them. He begs for food, sleeps in barns and suffers from many ailments, including dehydration, malnutrition, malaria and exposure to the elements.  More Than a Soldier is Angelo DiMarco’s powerful story of survival, resilience and courage.

To purchase More Than A Soldier from Amazon.com, click here (link provided for convenience, not as part of any affiliate programme)

Find More Than A Soldier on Goodreads

As is often the case with war heroes, Angelo DiMarco kept his story to himself until close to the end of his life when he finally revealed it to his son.   The author, D. M. Annechino, has taken the facts of Angelo’s remarkable wartime experiences and crafted them into a compelling book, with Angelo as our engaging and credible narrator.

Posted to Sicily following his ranger training, Angelo experiences both the boredom and hardships of army camp life and the chaos and confusion of battle. The book depicts in vivid detail the true nature of frontline battle where fear is an ever present additional enemy.

‘The kind of fear that reaches inside your chest and squeezes your heart. The kind that lines the inside of your lungs with concrete so you can barely draw a breath. It steals every drop of saliva from your mouth so your throat is dry and on fire.’

Angelo knows it’s a case of kill or be killed but even knowing that, the enormity of the act weighs heavy on him as, for the first time, he lines up a shot on another human being – not a practice target – and places his finger on the trigger.

‘Any soldier who has yet to kill a man in combat tries to imagine what it will be like when the moment arises. There are no words to accurately explain how it feels to know than in a millisecond you will end a life; make his wife a widow; make his children fatherless; paralyze his family.’

The book does not seek to hide the horror of war or the conflicting emotions that arise following the death of comrades.

‘I felt great anger welling up inside me. Hatred actually. I wanted to kill every German soldier in the world. I wanted to even the score. I didn’t recognize the man thinking these dark thoughts and could only conclude that the war had finally transformed me from someone I once was to someone I might never recognize again….War is much more than a word that defines a conflict between nations. It’s a living, breathing predator, and its only goal is to devour your mind, body, and spirit.’

Nor does it pull any punches when it comes to describing the callous treatment of Angelo and his comrades at the hands of the Germans.   Providing a counterpoint to this is the sense of comradeship amongst the soldiers; they truly do become a ‘band of brothers’.

‘Fighting side by side and struggling to survive every minute of every day seals an unbreakable bond between men. One of the only benefits of war.’

This close bond makes it even more traumatic when comrades are killed or suffer life-changing injuries and we see the effect on Angelo of the death of close comrades.   And, on many occasions during his adventures, he himself is in imminent risk of death. However, along the way there are also lucky escapes, near misses and chance encounters with friendly locals. At times, the story read like a movie script and I had to remind myself that it was a true story. In fact, I wouldn’t be surprised if the book got snapped up by a film studio. (They’d probably add a romantic Hollywood ending – you’ll no doubt guess what I’m thinking about when you read it.)

This is an inspiring story of heroism, comradeship and resilience in the face of the horrors of war.

I received a review copy courtesy of Italy Book Tours and the author in return for an honest review. 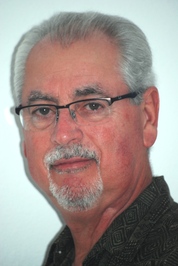 Daniel M. Annechino, a former book editor, wrote his first book, How to Buy the Most Car for the Least Money, while working as a General Manager in the automobile business. But his passion had always been fiction, particularly thrillers. He spent two years researching serial killers before finally penning his gripping and memorable debut novel They Never Die Quietly. He has written and published five novels – all thrillers. But his latest work, More Than a Soldier, is a historical biography set in Italy during WWII. A native of New York, Annechino now lives in San Diego with his wife, Jennifer. He loves to cook, enjoys a glass of vintage wine, and spends lots of leisure time on the warm beaches of Southern California.

One thought on “Blog Tour/Giveaway: More Than A Soldier by D. M. Annechino”