Welcome to the final stop on the blog tour for Castle Shade by Laurie R. King, the 17th book in the author’s Mary Russell & Sherlock Holmes series. My thanks to Christina Storey at Allison & Busby for inviting me to take part in the tour. You can read an extract from the book below and also listen to Laurie reading from the book here.

In addition, the publishers are currently running a giveaway (open to UK residents only) with the chance for one lucky person to win a set of paperbacks of the Mary Russell & Sherlock Holmes series and a pot of beautiful honey. Three runners up will also receive copies of The Beekeepers Apprentice, the first book in the series, and some honey. You can enter via this link where you can also find terms and conditions.

And If you’re tempted to treat yourself to a copy of Castle Shade, the publishers also have an exciting promotion running at the moment. Purchase a copy of Castle Shade for £15 and get an exclusive signed bookplate from Laurie herself. There are a limited amount of these so don’t delay. Use the code ‘share15’ at checkout. You’ll get free postage & packing as well.

A queen, a castle, a dark and ageless threat – all await Mary Russell and Sherlock Holmes in this chilling new adventure.

The queen is Marie of Roumania: the doubly royal granddaughter to Victoria, Empress of the British Empire, and Alexander II, Tsar of Russia. A famous beauty who was married at seventeen into Roumania’s young dynasty, Marie had beguiled the Paris Peace Conference into returning her adopted country’s long-lost provinces, single-handedly transforming Roumania from a backwater into a force.

The castle is Bran: a tall, quirky, ancient structure perched on high rocks overlooking the border between Roumania and its newly regained territory of Transylvania. The castle was a gift to Queen Marie, a thanks from her people, and she loves it as she loves her own children.

The threat is…now, that is less clear. Shadowy figures, vague whispers, the fears of girls, dangers that may only be accidents. But this is a land of long memory and hidden corners, a land that had known Vlad the Impaler, a land from whose churchyards the shades creep.

When Queen Marie calls, Mary Russell and Sherlock Holmes are as dubious as they are reluctant. But a young girl is involved, and a beautiful queen. Surely it won’t take long to shine light on this unlikely case of what would seem to be strigoi?

Or, as they are known in the West…vampires. 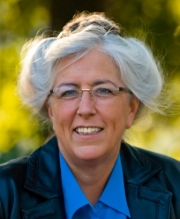 Laurie R King has has been writing crime fiction since 1987 and won many awards for her work in fiction including the prestigious John Creasey Dagger, the Edgar, the Nero and Macavity Awards. Her background includes such diverse interests as Old Testament theology and construction work, and she is the author of highly praised stand-alone suspense novels and a contemporary mystery series, as well as the Mary Russell & Sherlock Holmes series. She lives in North California.

Welcome to today’s stop on the blog tour for Love and Miss Harris by Peter Maughan, the first in his new ‘Company of Fools’ series. My thanks to Anne at Random Things Tours for inviting me to take part in the tour and to Farrago Books for my digital review copy.

Titus Llewellyn-Gwynne, actor/manager of the Red Lion Theatre, has lost a backer who was going to fund a theatrical tour – when unexpected salvation appears.

Their home theatre in the East End of London having been bombed during the war, The Red Lion Touring Company embarks on a tour of Britain to take a play written by their new benefactress into the provinces.

As they make their vagabond, singing way, they remain unaware that they leave behind in London a man consumed with thoughts of revenge. Revenge which follows them obsessively from town to town, ending in its final act before the last curtain.

The blurb describes the Red Lion Touring Company as ‘a collection of theatrical misfits’ and it’s certainly the case that the members of the company come from a range of backgrounds.  Although the reader doesn’t learn as much about some characters (Simon, Hugo or Lizzie, for instance) as others, their back stories all share a common theme. Namely, the ebb and flow of fortune. At one point, the company’s leading actor Jack Savage, even quotes Brutus’ line from Shakespeare’s Julius Caesar ‘There is a tide in the affairs of men. Which, taken at the flood, leads on to fortune; Omitted, all the voyage of their life, Is bound in shallows and in miseries.’  From time to time, the reader gets a glimpse of the sadness that lies behind the clown’s mask as it were, such as Jack’s memories of traumatic wartime experiences.

The book conjures up the atmosphere of post-WW2 Britain from the bomb-damaged streets of London and the frequent ‘pea soupers’ to the Lyons Corner House cafes and the continuation of rationing.  I also liked how the author peppered the story with theatrical terms, such as references to a ‘dark house’ to describe a theatre closed to the public between productions, ‘flats’ (pieces of painted theatrical scenery positioned on stage to give the appearance of a building or other background) and ‘blocking rehearsals’ (working out where actors should move on the stage for dramatic effect or to ensure clear sight lines for the audience). And, of course, the uttering of the phrase ‘Break a leg’ to an actor about to go on stage.

A secondary plot introduces moments of melodrama although I was slightly disappointed by the author’s choice of a Jewish character to be the villain of the piece, even if the anti-semitism rife at the time is made clear. By the end of the book, some of the characters find a way to leave their former lives – and mistakes – behind and find happiness.  For the others… well, you’ll have to read the book to find out and/or wait for the second book in the series, Miss Harris in the New World, due to be published later this year.

I enjoyed my time spent with The Red Lion Touring Company as they travel the country bringing Love and Miss Harris to audiences keen to experience the joys of live theatre. And isn’t that something we can all identify with?

Try something similar: Miss Treadway and The Field of Stars by Miranda Emmerson

Peter Maughan’s early career covered many trades, working on building sites, in wholesale markets, on fairground rides and in a circus. He studied at the Actor’s Workshop in London, and worked as an actor in the UK and Ireland, subsequently founding a fringe theatre in Barnes, London.

He is married and lives currently in Wales.