Welcome to today’s stop on the blog tour for Blackstone Fell by Martin Edwards. My thanks to Sophie at Ransom PR for inviting me to take part in the tour and to Head of Zeus for my digital review copy via NetGalley. Do hop over to Instagram and check out the post by my tour buddy for today, Jan at Jan_is_reading. 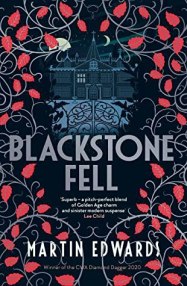 Yorkshire, 1606. A man vanishes from a locked gatehouse in a remote village. 300 years later, it happens again.

Autumn 1930. Journalist Nell Fagan knows there’s only one person who can get to the bottom of this mystery: Rachael Savernake. But someone wants Nell dead, and soon, while investigating a series of recent deaths at Blackstone Sanatorium, she’s missing entirely.

Looking for answers, Rachel travels to lonely Blackstone Fell, with its eerie moor, deadly waters and sinister tower. With help from Jacob Flint – who’s determined to expose a fraudulent medium at a séance – Rachel will risk her life to bring an end to the disappearances…

Blackstone Fell is the third book in Martin Edwards’s Rachel Savernake series. I haven’t read either of the earlier books in the series – Gallows Court and Mortmain Hall – but I don’t think it is essential to have done so in order to enjoy Blackstone Fell. If anything waiting for the first appearance in person of Rachel Savernake, having had snippets of information about her from other characters, only increased my curiosity. And wasn’t it worth the wait because she makes a fascinating central character, a sort of female Sherlock Holmes (but without the pipe).

Rachel is a rich young woman whose early life is shrouded in mystery (although it will be more familiar to readers of the earlier books). As Rachel admits, she loves the thrill of the unexpected. ‘Puzzles, mysteries – the more outlandish, the better.’ She guards her privacy with ‘a ruthless zeal’ and is a formidable adversary.  The members of Rachel’s household – Martha Trueman, Martha’s brother Clifford and Clifford’s wife Hetty – are devoted to her; not so much servants as a ‘tight-knit cabal’. Rachel is good at utilising their talents as part of her investigations whether that’s gathering gossip or conducting a little subterfuge.

I confess it took me a while to familiarise myself with the different inhabitants of Blackstone Fell and understand the layout of the village. (The book contains a map but this wasn’t included in my advance digital copy.) Safe to say there are the usual features of small village life: gossip, petty rivalries and tall stories exchanged at the bar of the public house.

The book has a number of different strands including those inexplicable disappearances from Blackstone Lodge, efforts to expose a medium who is preying upon the loved ones of the deceased and a series of deaths from natural causes (or were they?) at a local sanatorium.  Throw in some religous zealotry, infidelity, poison pen letters, financial skulduggery, greed and thwarted ambition, and you have a heady mix all set against the backdrop of a remote location.  ‘The brooding moors, the deadly marsh, Blackstone Leap.’

Blackstone Fell contains many of the elements of classic crime fiction including a denoument at which, with all the suspects gathered together, Rachel reveals the solutions to what turn out to be more than one mystery.  A neat touch is the addition of a ‘cluefinder’ at the end of the book (apparently all the fashion during the so-called ‘Golden Age’ of detective fiction) in which the author identifies the pages on which clues appeared. Well done if you spotted any of these because most of them passed me by, but then I don’t have the observational skills, breadth of knowledge or deductive ability of Rachel Savernake.

Blackstone Fell will appeal to fans of classic crime fiction (think Agatha Christie and Dorothy L. Sayers),  those who like to be immersed in the milieu of an earlier age and who enjoy the challenge of unravelling an intricate plot. 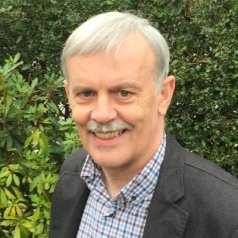 Martin Edwards has won the Edgar, Agatha, H.R.F. Keating, Macavity, Poirot and Dagger awards as well as being shortlisted for the Theakston’s Prize.  He is President of the Detection Club, a former Chair of the Crime Writers’ Association and consultant to the British Library’s bestselling crime classics series. In 2020 he was awarded the Diamond Dagger for his outstanding contribution to crime fiction. 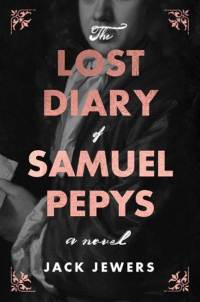 It is the summer of 1669 and England is in dire straits.

The treasury’s coffers are bare and tensions with the powerful Dutch Republic are boiling over. And now, an investigator sent by the King to look into corruption at the Royal Navy has been brutally murdered. Loathe to leave the pleasures of London, Samuel Pepys is sent dragging his feet to Portsmouth to find the truth about what happened.

Aided by his faithful assistant, Will Hewer, he soon exposes the killer. But has he got the right person? The truth may be much more sinister. And if the mystery isn’t solved in time, then England could be thrown into a war that would have devastating consequences . . .

As the author explains in the Historical Notes, Samuel Pepys kept a diary for almost ten years but then suddenly stopped for reasons that can only be speculated upon. The Lost Diary of Samuel Pepys imagines what events in Pepys’ life he might have recorded in his diaries had he continued. As a result we have the author to thank for giving us an insight into an unsettled period in English history following the Restoration of Charles II, a time when war with the Dutch was a real fear and whose side you had been on in the Civil War still mattered. The author cleverly incorporates elements of this into a plot that involves murder, conspiracy, treachery and political intrigue whilst at the same time being a rip-roaring adventure.

As imagined by the author, Samuel Pepys is not only a diligent diarist but an intrepid investigator, a faithful friend and someone who, in the course of the book, discovers a perhaps surprising taste for adventure. He also has a high pain threshold. If you don’t believe me, look up the word ‘lithotomy’ and then think ‘without anaesthetic’. He’s a less than faithful husband unfortunately with the result that his relationship with his wife Elisabeth is fraught, at least when the book opens.

The book immerses the reader in the London and Portsmouth of the period in all their grimy and fetid detail. The streets and alleyways are a place of danger and poverty is rife. For many it’s a miserable existence, enlivened only by attending cock-fights or watching a hanging.  Or in Pepys’ case frequenting whorehouses, which gives rise to a terrific scene at the start of the book.  There are plenty of action scenes as well depicted in a way which perhaps reflect the author’s experience as a filmmaker. Pepys ascending the stern of a ship via a rope ladder or the tactical use of a trail of gunpowder are scenes that spring to mind.

The book includes some great characters, some of whom are based on real individuals, such as Pepys’ longtime assistant Will Hewer. There are some fantastically feisty female characters, notably a sisterhood who in their resistance to a male hegemony in which ‘the law is an instrument of men’ prove themselves able to give just as good as they get, if not better. The plot has plenty of twists and turns leaving Pepys to observe ruefully at one point that ‘for every answer, another question’.

By the end of the book, it’s clear that not everything was as it seemed, things that seemed connected were perhaps not and that, for reasons of state, there are things that must be kept under wraps. With still some time to go between the end of the book and our hero’s demise in 1703, perhaps Jack Jewers may treat us to further adventures for Samuel and Will?

With its combination of intriguing plot, interesting characters and great period atmosphere, The Lost Diary of Samuel Pepys will definitely appeal to fans of historical crime mysteries.

My thanks to Funmi at Midas PR and Moonflower Publishing for my digital proof copy.

Try something similar: Rags of Time by Michael Ward

Jack Jewers is a filmmaker and writer, passionate about history. His career has been spent telling stories in all media, and his body of work includes film, TV, and digital media. His films have been shown at dozens of international film festivals, including Cannes, New York, Marseille, Dublin, and London’s FrightFest, garnering multiple accolades, including an award from the Royal Television Society and a nomination for Best Short Film by BAFTA Wales. The Lost Diary of Samuel Pepys is his first novel.