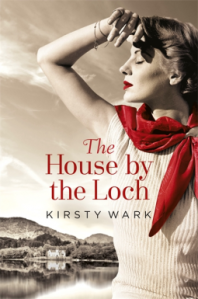 From the bestselling author of The Legacy of Elizabeth Pringle, a novel of long-hidden family secrets that refuse to lie buried in the past . . .

Scotland, 1950s. Walter MacMillan is bewitched by the clever, glamorous Jean Thompson and can’t believe his luck when she agrees to marry him. Neither can she, for Walter represents a steady and loving man who can perhaps quiet the demons inside her. Yet their home on remote Loch Doon soon becomes a prison for Jean and neither a young family, nor Walter’s care, can seem to save her.

Many years later, Walter is with his adult children and adored grandchildren on the shores of Loch Doon where the family has been holidaying for two generations. But the shadows of the past stretch over them and will turn all their lives upside down on one fateful weekend.

Find The House by the Loch on Goodreads

I think I was expecting a lot more of this novel to be set in the past and, although a good portion of it is, the primary focus is the present day and the MacMillan family: grandfather,Walter; his son and daughter, Patrick and Fiona; their respective partners, Elinor and Roland; and Walter’s grandchildren, Pete, Carson and Iona. A lot of the story is seen from the point of view of Carson and I particularly liked the strong bond she has with her grandfather and her willingness to embrace exciting opportunities.

I enjoyed the sections of the book looking back at the development of the relationship between Walter and his late wife, Jean, from their initial meeting, their courtship and marriage to starting a family. However, behind the scenes there are tensions including Jean’s domineering father, her troubled mother and the long hours Jean spends alone in their house on the remote, if picturesque, Loch Doon. How these tensions manifest themselves in Jean’s behaviour, and the impact of this behaviour on Walter and their children is heartbreaking. Even more so, when the full story becomes known.

As for the story set in the present day, it becomes gradually apparent that history may be repeating itself. Loch Doon may be a place of beauty but it has also been the scene of tragic events, including one witnessed by Walter as a young boy, and will be again.

In her afterword, the author writes, “This novel means a great deal to me. It expresses my love of Scotland and the power it holds over me, and it also expresses the complexity of what family is and the way that it remakes itself endlessly.” The author’s love of Scotland definitely comes through in the wonderful descriptions of the loch and the surrounding Galloway hills.

The House by the Loch is an emotional, well-crafted story of a family dealing with change, guilt and loss, and how – together – they must come to terms with secrets of the past and face up to the future.

I received a review copy courtesy of Two Roads Books and NetGalley.

Try something similar: The Stationmaster’s Daughter by Kathleen McGurl

Kirsty Wark is a journalist, broadcaster and writer who has presented a wide range of BBC programmes over the past thirty years, from the ground breaking Late Show to the nightly current affairs show Newsnight and the weekly arts and cultural review and comment show, The Review Show.

She has conducted longform interviews with everyone from Margaret Thatcher to Madonna, Harold Pinter, Elton John, the musician Pete Doherty, Damian Hirst, George Clooney and the likes of Toni Morrison, Donna Tartt and Philip Roth.

Kirsty has won several major awards for her work, including BAFTA Awards for Outstanding Contribution to Broadcasting, Journalist of the Year and Best Television Presenter. Her debut novel, The Legacy of Elizabeth Pringle, was published in March 2014 by Two Roads and was shortlisted for the Saltire First Book of the Year Award, as well as nominated for the 2016 International DUBLIN Literary Award. The House by the Loch has been inspired by her childhood memories and family, particularly her father.

Born in Dumfries and educated in Ayr, Scotland, Kirsty now lives in Glasgow. 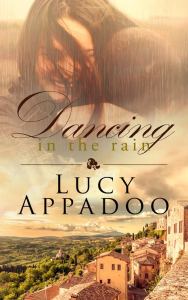 I’m delighted to host today’s stop on the spotlight tour for Dancing in the Rain by Lucy Appadoo, an emotional family drama set in Italy. Dancing in the Rain is the latest title in Lucy’s The Italian Family Series. I’m also pleased to say that Lucy has shared the real-life inspiration for the series in her guest post below. 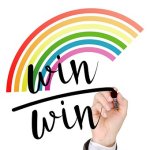 There’s also a giveaway (INTL) with a chance for one lucky person to win a $50 Amazon gift card. The giveaway closes on 1st July. You can enter via the Dancing in the Rain tour page by clicking here

Publisher’s description: Fifteen-year old Valeria Allegro works diligently on the family farm in Italy, where she is torn between her duty to her family and her desire to find freedom from her strict, domineering father. She finds solace in Dario, a young student who provides a blissful escape—until a neighbour’s son, Gregorio, decides he wants her for himself. This raises an alarm for her father, which leads to family conflict and aggression. When Dario is threatened and her family is plagued by a series of suspicious accidents, Valeria is desperate to keep her loved ones safe. Can she end the turmoil and escape the firmly built trap to find the freedom she craves? 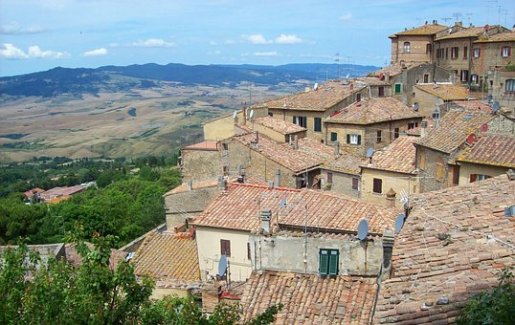 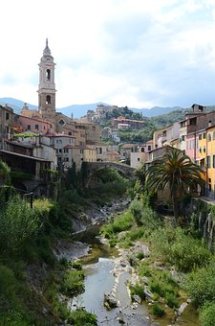 Find Dancing in the Rain on Goodreads

Guest Post: “My true inspiration to write The Italian Family Series” by Lucy Appadoo, author of Dancing in the Rain

“I was inspired to write The Italian Family Series after reading Adriana Trigiani’s The Shoemaker’s Wife, which was a heartfelt and sad story with the beautiful backdrops of Italy with its amazing history and culture. I wanted to write a story about my own Italian background; the history and richness of the culture. The way to do that was to interview my parents about their childhood experiences and explore how they eventually ended up in Melbourne, Australia.

I interviewed my father first, asked him specific questions, and jotted down notes. Then I interviewed my mother and did the same thing. I first had the idea to write about their impending marriage and the challenges around that experience of Italian immigration. From that idea, came my novella, A New Life.

As I wrote their stories, I was able to admire them even more for all the hardships they had endured. They didn’t mind that I embellished their stories. My parents had lived challenging lives in a poverty-stricken Italian world and never got a chance to be children. They were breadwinners through and through; my father managing a herd of sheep and other farmyard work whilst my mother planted crops, cooked freshly baked bread, and learned to make tomato sauce, sausages, and wine. A great many skills to have.

I am proud of my Italian heritage and feel that both Dancing in the Rain and The Beauty of Tears is a testament to my parents’ rich lives. My parents deserve only the best, given their constant struggles and heartaches. I do hope you enjoy reading Dancing in the Rain, and my other books in the series.” 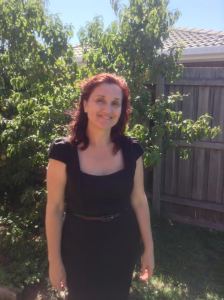 Lucy Appadoo is a registered counsellor and wellness coach with a part-time private practice. She also works as a rehabilitation counsellor for the Australian government. In her spare time, she self-publishes or writes nonfiction and fiction. She previously worked as a rehabilitation consultant, caseworker, English as a second language teacher and proofreader. Lucy has postgraduate diplomas in psychology, education, and English as a Second Language teaching, as well as specialised qualifications in grief counselling and hypnosis. She has also completed wellness coaching courses (levels 1-3) at Wellness Coaching Australia.