Each Tuesday, Jana assigns a new topic. Create your own Top Ten list that fits that topic – putting your unique spin on it if you want. Everyone is welcome to join but please link back to That Artsy Reader Girl in your own Top Ten Tuesday post. Add your name to the Linky widget on that day’s post so that everyone can check out other bloggers’ lists. Or if you don’t have a blog, just post your answers as a comment.

This week’s topic is Books On My TBR I Predict Will Be 5* Reads. This is a difficult one for me because, although I have a lot of enticing sounding books in my TBR pile, I’m sparing when it comes to five star ratings. A book has to be something spectacular for me to give it full marks. However, I’m going to be optimistic that I have a few months of wonderful reading ahead of me. Links from the book titles will take you to the book description on Goodreads, where available.

Those Who Are Loved by Victoria Hislop – I’ve enjoyed previous books by the author and I also heard her talk about the book (and had her sign my copy) at Henley Literary Festival in 2019.

Stasi Winter by David Young – although this is the fifth book in the series and I haven’t read the previous books, I liked the extract I read and have seen positive reviews.

The Lost Lights of St. Kilda by Elisabeth Gifford (due to be published by Corvus on 5th March) – I loved the author’s last book, The Good Doctor of Warsaw, so I have high hopes for this one as well. 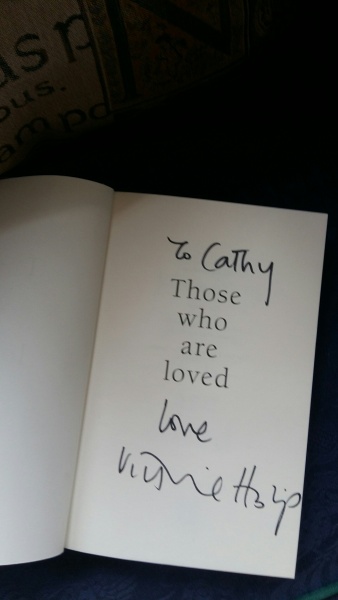 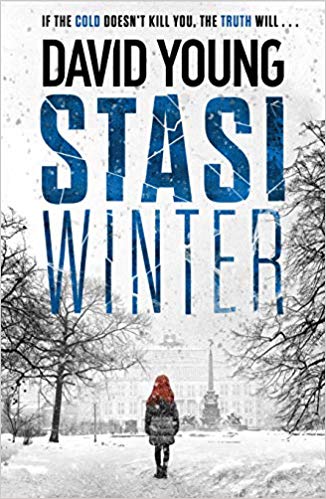 The Recovery of Rose Gold by Stephanie Wrobel (due to be published by Michael Joseph on 5th March) – another book which I heard the author talk about at Henley Literary Festivallast year and received good reports about since.

When We Fall by Carolyn Kirby (due to be published by No Exit on 7th May) – The Conviction of Cora Burns was a 5* read for me so I’m hoping for similar for this book set in WW2 which is being published to coincide with the 75th anniversary of VE Day.

A Registry of My Passage Upon the Earth by Daniel Mason (due to be published by Mantle on 14th May) – I absolutely loved the author’s previous book, The Winter Soldier, and this one looks and sounds fantastic as well. 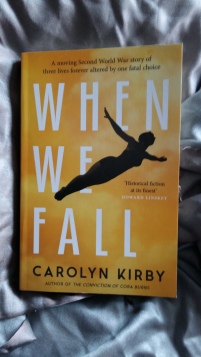 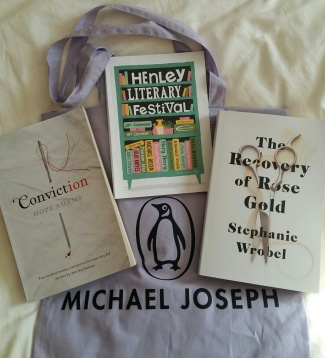 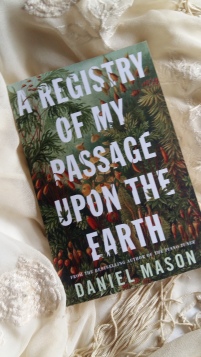 How To Belong by Sarah Franklin (due to be published by Zaffre on 28th May) – Shelter was a book I really enjoyed so I’m anticipating similar good things from this one also set in the Forest of Dean.

Those Who Know by Alis Hawkins (due to be published by The Dome Press on 28th May) – this is the third book in the author’s historical crime series. I really enjoyed the first book, None So Blind.

The Sea Gate by Jane Johnson (due to be published by Head of Zeus on 4th June) – I enjoyed the author’s previous book, Court of Lions, so I was attracted to this one immediately helped, I’ll admit by the gorgeous cover.

Conviction by Hope Adams (due to be published by Michael Joseph in June) – also a book I first heard about at Henley Literary Festival last year and which, as a lover of historical fiction, sounds right up my street. 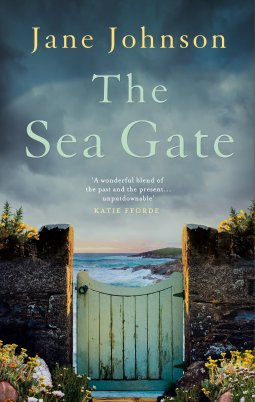 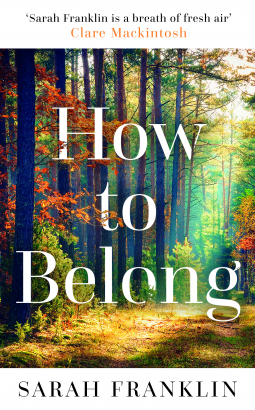 What gems are you hoping to find in your TBR pile? 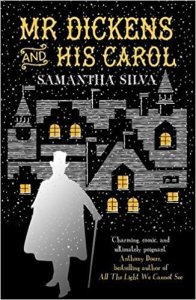 Charles Dickens should be looking forward to Christmas.

But when his latest book, Martin Chuzzlewit, is a flop, his publishers give him an ultimatum. Either he writes a Christmas book in a month or they will call in his debts and he could lose everything. Dickens has no choice but to grudgingly accept…

Find Mr Dickens and His Carol on Goodreads

For you, does Christmas not really start until you’ve read the words, ‘Marley was dead, to begin with’? Is for you the perfect wet, overcast Christmas afternoon spent watching your favourite adaptation of the ultimate feel good Christmas story (whether that’s starring Alastair Sim, Albert Finney, my own personal favourite Patrick Stewart …or even The Muppets)? Have you ever found yourself taking a second glance at a door knocker on a murky night because you fancy it has changed shape? Do the words, ‘I see a vacant seat…in the poor chimney-corner, and a crutch without an owner’ reduce you to a helpless blubbering wreck? If you can answer yes to any of those questions, then Samantha Silva’s Mr Dickens and His Carol is the book for you. It’s a full-on love letter to one of Charles Dickens’ most famous and best-loved books: A Christmas Carol.

It’s 1843 and Charles Dickens finds himself in the peculiar situation of no longer experiencing the literary success to which he has been accustomed.   Furthermore, he’s in danger of being overshadowed in the literary firmament by authors such as Thackeray. On top of all that, he’s weighed down by the financial burden of supporting his growing family, well-appointed house, impecunious family members and all manner of social causes. What’s more, Christmas is approaching when his purse seems to have ever increasing demands upon it.

When his publishers insist that he write a Christmas book (and do it the space of a few weeks), Dickens is initially appalled at the idea that he should write in response to public demand. “Well! From now on I should simply ask my public what it is they’d like to read.” When Dickens does eventually resign himself to the commission, he finds himself suffering an extreme case of writer’s block. I’m sure many authors will empathise with his efforts to overcome it.

‘When morning rounded the bend for noon, and the tempest outside blustered on, Dickens had a clipped conversation with The Master’s Cat (who offered no useful ideas at all), took three stretching breaks, a light lunch and a cold bath to clear his head. By late afternoon he had one half-written paragraph that was illegible for all the scratching-out, and barely good enough for the bin.’

A chance encounter during one of Dickens’ customary night-time perambulations through London finally brings inspiration. However, when the muse finally strikes will it be the A Christmas Carol we are familiar with or will Dickens first need to go on his own journey into his past, present and future?

The author really captures the atmosphere of Dickens in the descriptions of London. ‘The clusters of tenements and rows of lodging-houses looked cramped and unhappy, with dwarf doors and squeezed windows, broken shutters, if shutters at all, and more paper and rags than glass in them. There was a barber in one front parlour, a herring vendor in another, a cobbler visible through an opening out back.  A few rickety balconies leant hard on thin wood columns, like crutches, and threatened to drop at any moment.’

I loved spotting the passing references to A Christmas Carol dotted throughout the book – names, phrases or snippets of dialogue. I laughed out loud when the author made Dickens utter the phrase ‘Humbugs? Bah!’ and again when Dickens was allowed to indulge in the ultimate literary revenge towards a hapless autograph hunter.

The Dickens who emerges in this book is a family man, a loving if at times somewhat neglectful husband, a supporter of social causes, loyal friend and generous host. Clearly, there were other sides to his character. For instance, he would later very publicly separate from Catherine, his wife of twenty-two years, after becoming enamoured with a young actress. If you would like to explore this further, consider my ‘try something similar’ recommendation below which, on this occasion, is not very similar at all.

However, if you love A Christmas Carol or even (whisper) if you don’t but know someone who does, then Mr Dickens and His Carol would make the perfect Christmas gift.   Being in the former category, I absolutely loved it and I couldn’t imagine anything nicer than unwrapping the book with its gorgeous cover on Christmas morning.

I received an advance reader copy courtesy of publishers Allison & Busby in return for an honest and unbiased review.

Try something similar…Catherine Dickens: Outside the Magic Circle by Heera Datta (click here for my review) 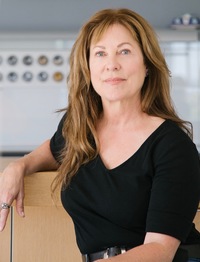 Samantha Silva is a writer and screenwriter based in Idaho. Mr Dickens and His Carol is her debut novel. Over her career she’s sold projects to Paramount, Universal, New Line Cinema, and TNT. A film adaptation of her short story, The Big Burn, won the 1 Potato Short Screenplay Competition at the 2017 Sun Valley Film Festival. Silva will direct, her first time at the helm. A graduate of Johns Hopkins University’s School of Advanced International Studies, she’s lived in London, Bologna, and Rome, is an avid Italophile and a forever Dickens devotee 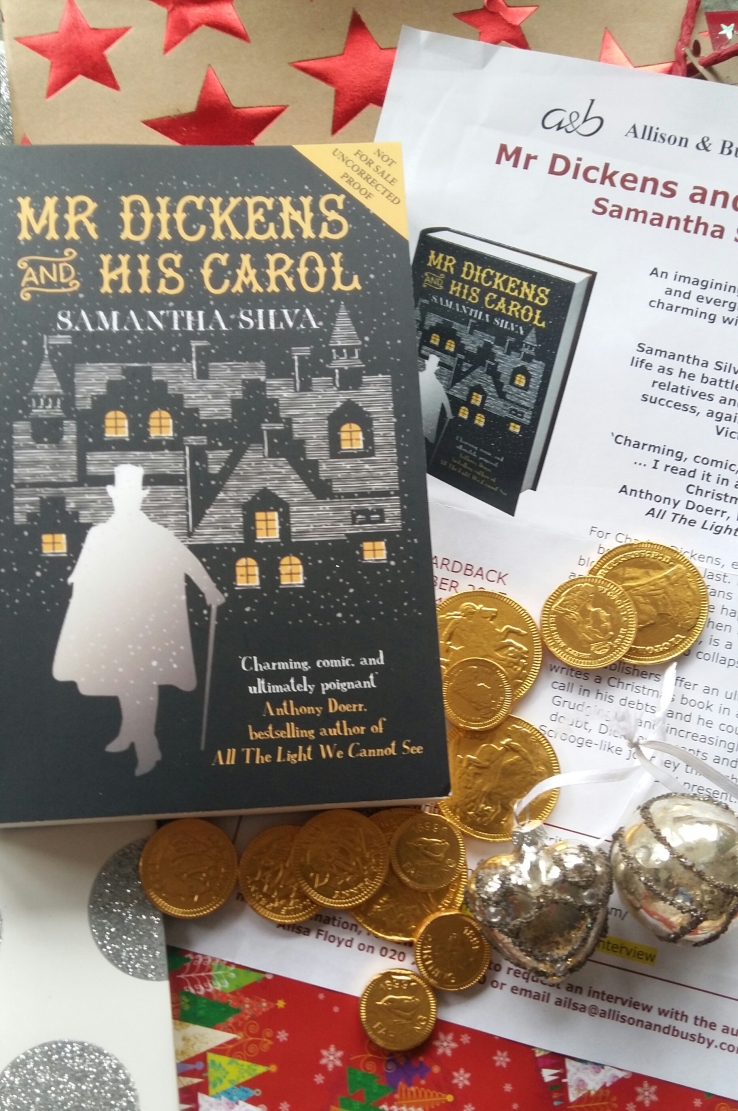