This review is based on notes I took during the event and my own recollections. Any errors in recording views expressed during the discussion are my own.

An eager audience gathered in the Baillie Gifford Marquee at Phyllis Court (and online) on Sunday 3rd October to hear Kate Mosse talk to Cindy Burrowes about The City of Tears, the second book in the ‘Burning Chambers’ quartet which follows the fortunes of a cast of characters from 1562 to 1862.

Cindy’s first question was how Kate goes about research for her books. Kate said all her stories start with a place – such as Carcassone in The Burning Chambers – and her research is self-directed. This enables her to follow whatever path takes her interest and often leads to unexpected discoveries along the way, such as finding out that she has Huguenot ancestry herself. Asked if she would describe herself as an historian, Kate said ‘historical detective’ might be more appropriate.  When researching a period, she asks herself, if I’d lived then who would I have been? Kate feels historical fiction is about trying to inhabit the past and visiting the places in which her novels are set is a vital part of the research process – ‘foot research’ as she describes it – absorbing the detail, the atmosphere, walking the streets, taking photographs.

Cindy observed that Kate’s books, although big have the pace of thrillers. Kate agreed, saying ‘I like things to happen!’ She said, as a child, her father would read her old-fashioned adventure stories such as She or King Solomon’s Mines.  For the benefit of those who’ve not yet read The City of Tears, Kate explained that it’s set at a turning point in the history of the wars between Protestant and Catholics and centres on two Queens who are trying to bring the warring factions together through a marriage between their son and daughter.

Cindy wondered if, when choosing a setting for her books, Kate picks places she’d like to know more about. Kate said it’s more that she feels there are places waiting for her to tell their story.  Kate said the third book in the series is not yet written but will be set in the Canaries. In the meantime she has been writing non-fiction including a book (to be published in October 2022) featuring women who have vanished from history. One of these is her own great-grandmother, Lily Watson, who she discovered was a well-known novelist at the end of the 19th century but whose most successful novel has been out of print ever since. Others include Josephine Cochrane who invented the dishwasher, and Mary Seacole who, although a ‘superstar’ in her day, died in poverty.  Kate feels passionately that if women are not allowed to read and write their history is overlooked.

Kate revealed she will often rise before dawn and write for several hours. She likes the liminal moments between night and day, of being, to quote Walter de le Mare’s poem The Listeners, ‘the one man left awake’. In addition, since Kate is also a carer, she never knows when she will be able to get back to her desk although she reckons she has become pretty good at mixing writing with other household tasks.

Referring to Kate’s recent book, An Extra Pair of Hands: A Story of Caring, Ageing and Everyday Acts of Love, which was published in June, Cindy asked if writing this had been a cathartic experience. Kate said not exactly because she had already dealt with most of it anyway but what was different was the sections about becoming a carer for her 90-year-old mother-in-law whom Kate describes as ‘a legend’.

Cindy asked about how the Women’s Prize for Fiction, which Kate founded, came about.  Kate said it was prompted by the 1991 Booker Prize list having no women authors on it – and the fact that nobody noticed. She felt sure if it had been an all female list it would have provoked a different reaction. Kate believed there was a big disconnect between what was valued, what was written and what was read – the majority of the latter being women. The Women’s Prize has now become one of the most important prizes for selling books and for putting books in the hands of people who wouldn’t otherwise have known about them. Kate said every year she feels immensely proud of the prize and the incredible books it brings to public attention.

About the Book – The City of Tears

August 1572: Minou Joubert and her family are in Paris for a Royal Wedding, an alliance between the Catholic Crown and the Huguenot King of Navarre intended to bring peace to France after a decade of religious wars. So too is their oldest enemy, Vidal, still in pursuit of a relic that will change the course of history. But within days of the marriage, thousands will lie dead in the streets and Minou’s beloved family will be scattered to the four winds…

A gripping, breathtaking novel of revenge, persecution and loss, the action sweeps from Paris and Chartres to the city of tears itself, Amsterdam.

Kate Mosse is an international bestselling novelist, playwright and nonfiction author with sales of more than eight million copies in 38 languages. Renowned for bringing unheard and under-heard histories to life, she is a champion of women’s creativity. She is the Founder Director of the Women’s Prize for Fiction, sits on the Executive Committee of Women of the World and is a Visiting Professor of Contemporary Fiction and Creative Writing at the University of Chichester.  She lives in West Sussex with her husband and mother-in-law. (Photo credit: Twitter profile)

Henley Literary Festival is back for 2021 with a combination of in person and live-streamed events running from 2nd to 10th October. Tickets went on sale to the public on Monday 19th July, following a priority booking period for Friends of the Festival. 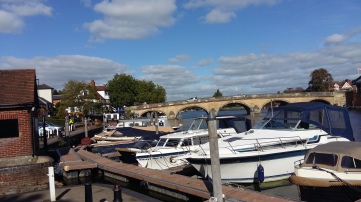 This year’s venues include Henley Town Hall, Christ Church, the River and Rowing Museum and, new for 2021, the Baillie Gifford Marquee in the grounds of Phyllis Court. Unfortunately there are no events aboard one of Hobbs of Henley’s river cruisers this year – always a favourite of mine in previous years – but fingers crossed for next year.

Here are a few events from this year’s programme that caught my eye, some of which I’ve already secured my tickets for. Links will take you to the event information on the Henley Literary Festival website. In many cases, there is an option to purchase a ticket to access a live-stream of the event.

Dr Lucy Pollock and Rachel Clarke talking about their books, The Book About Getting Older and Breathtaking: Inside the NHS in a Time of Pandemic

Candice Brathwaite and Nikesh Shukla talking about their latest books, Sista Sister and Brown Baby: A Memoir of Race, Family and Home

Kate Mosse talking about her new historical novel, The City of Tears

Ruby Wax talking about her book, A Mindfulness Guide for Survival

Tom Allen talking about his memoir, No Shame

The very popular ‘Crime and Wine‘ event, this year featuring Imran Mahmood, and husband-and-wife team Nikki French, talking about their books, I Know What I Saw and The Unheard. One of the Festival sponsors, Laithwaites, provide the wine. 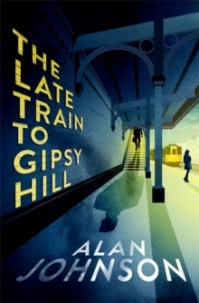 Comedian Jack Dee talking about his book What Is Your Problem?

Carol Kirkwood and Jill Mansell talking about their recent books, Under A Greek Moon, and And Now You’re Back

Talking of being hungry, I hope that taster has given you an appetite for taking a longer look at the Henley Literary Festival website to see the full programme of events. There is also a series of pop-up events – both before and after the Festival – plus a full programme of events for children. And anytime you’re in Henley, pay a visit to The Bell Bookshop, the Festival’s partner bookseller.

Are you hoping to attend a literary festival this year? 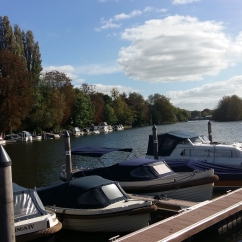 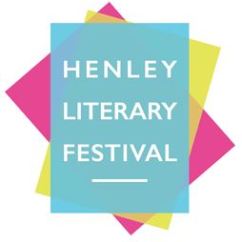 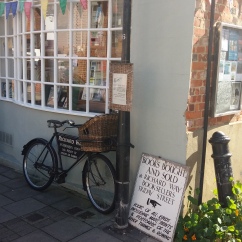