Today I’m delighted to be featuring Casemate Publishing and to bring you a preview of some of the exciting historical fiction they have recently published or have coming up in the next few months.

Casemate is one of the world’s leading publisher of military history, defence studies and military science. They are dedicated to publishing important and far-reaching military history – from ancient civilisations to modern warfare – and have a growing reputation for high-quality, informative and engaging books. Follow them on social media or sign up to their newsletter via their website. 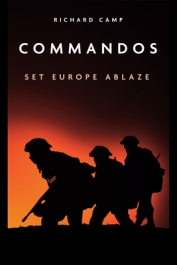 Summer 1943. Defeatism hangs in the air and Britain stands alone. Two US Marines are sent to the Scottish Highlands to learn from the brutal British Commando training regime, with the ultimate mission to “set Europe ablaze”.

Pitiless forced marches, dangerous live fire exercises and hazardous assault courses building their physical endurance, and a strong sense of brotherhood develops between the British soldiers and the two Marines. 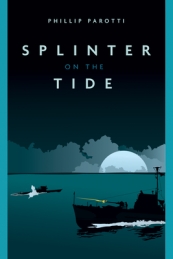 Splinter on the Tide by Phillip Parroti

Having survived the sinking of his first ship, Ensign Ash Miller USNR is promoted and assigned to command one of the sleek new additions to “the splinter fleet,” a 110-foot wooden submarine chaser armed with only understrength guns and depth charges. His task is to bring the ship swiftly into commission, weld his untried crew into an efficient fighting unit, and take his vessel to sea in order to protect the defenceless Allied merchant vessels being sunk by German U-Boats. 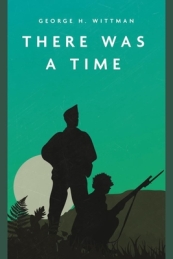 There Was A Time by George H. Wittman

It is the summer of 1945, the last and very dangerous days of World War II. The Office of Strategic Services is in close, cooperative contact with Ho Chi Minh and the fighting cadre of the Viet Minh, working against the Japanese. In the closing months of the war, the OSS parachute a team of special operations soldiers into Tonkin, northern Vietnam.

Based on the little-known true story of American and Viet Minh collaboration in 1945, the novel challenges the accepted dogma of both those supporting and opposing the American role in the Vietnam conflict. Its contemporary relevance is a mirror of what is always the case in international affairs: today’s enemies can and may be tomorrow’s friends – and most importantly, the reverse is true also. 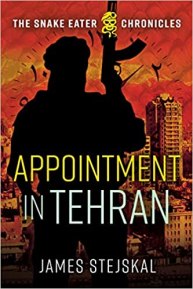 Appointment in Tehran by James Stejskal

Tehran, 1979. While the world’s eyes are on the Embassy siege, one man has another mission – to retrieve a lost nuclear weapon. When radical Iranian students seize the U.S. Embassy compound in Tehran and take over fifty diplomats hostage the U.S. President has to negotiate with a government that wants only to humiliate the United States. When talks fail, the President must turn to the military to bring the Americans home by force. As preparations are made for an audacious rescue, an American intelligence officer hides alone in a Tehran safehouse with a secret. He is protecting a powerful weapon known as the Perses Device, which is now at risk of being captured and employed against the United States. The Agency Director orders that it must be brought out at all costs.

Read an extract from Appointment in Tehran here.

The Spandau Complication by Bob Orkand

Hot on the heels of a dressing-down by the U.S. Commander Berlin, U.S. Army Major Harry Holbrook receives an unexpected luncheon invitation from the Soviet commandant of Spandau Prison, where the last three remaining Nazi war criminals are incarcerated. A contact in East Berlin alerts Holbrook that the Red Army faction will attempt to assassinate West Berlin Mayor Willi Brandt and the U.S. Commander at the opening of the Fifth Annual German-American Volksfest.

Set in the divided city of Berlin in the mid-1960s where recent incidents have brought the world closer to nuclear war than ever before, this debut novel brings a complex tapestry of events to a breathtaking conclusion. 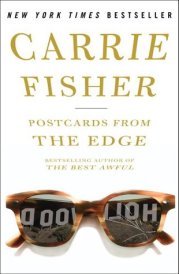 This month’s starting book is Postcards From The Edge by Carrie Fisher, the bestselling work of autobiographical fiction.

Postcards From The Edge isn’t a book I’ve read so I’m focusing on the autobiographical element plus a postal theme with the first book in my chain, Please, Mr Postman by Alan Johnson. The second volume in the former Labour Home Secretary’s series of memoirs covers his time as a postman in Slough and describes family and community life on the Britwell Estate in the 1970s and 1980s.

The main character in This Lovely City by Louise Hare, Lawrie Matthews is also a postman, finding employment with the Post Office after arriving in Britain from Jamaica in 1948 aboard the Empire Windrush.

Returning to postcards, an item that Lawrie, or Alan Johnson, might have delivered, my next link is Cartes Postales from Greece by Victoria Hislop. In the book, postcards arrive, week after week, addressed to someone Ellie does not know, each signed with an initial: A.

In Yours, Cheerfully by A J Pearce, Emmy is also in receipt of letters, this time sent by readers to Woman’s Friend magazine seeking advice on their problems.

Staying with the communication theme, Business As Usual by Jane Oliver and Ann Stafford is an epistolary novel in which the story is told by means of telegrams and memoranda, as well as letters.

For my final link in the chain we’re into the world of undelivered mail.  In The Lost Letters of William Woolf by Helen Cullen the ‘letter detectives’ of the Dead Letters Depot work to solve mysteries in order to reunite letters with their intended recipients.

My chain has taken me from postcards to letters. Where did your chain take you?