Do you have what it takes to be a Final Girl?

Publisher’s description: Each girl survived an unthinkable horror. Now someone wants them dead. They were called The Final Girls – three young women who survived unimaginable horror. Three victims of separate massacres grouped together by the press. Three strangers bound by similar traumas. Lisa. Quincy. Samantha. When something terrible happens to Lisa, put-together Quincy and volatile Sam finally meet. Each one influences the other. Each one has dark secrets. And after the bloodstained fingers of the past reach into the present, each one will never be the same.

This is an impressive debut that’s difficult to summarise without giving spoilers. So I’ll just say it’s a pacy, well-written thriller full of twists and turns and red herrings that leads you up the garden path and back again until the final unexpected reveal. There are two teeny clues along the way that point to what really happened at Pine Cottage but if you’re able to put them together to arrive at the solution before you read it on the page, then you deserve congratulations (or you’re lying!). My only slight reservation is that I didn’t really fall in love with Quincy as a character but the unfolding plot kept me hooked in spite of this.

I received an advance reader copy courtesy of NetGalley and publishers, Random House UK, in return for an honest review.

Try something similar…The Girl Before by J P Delaney

A native of Pennsylvania, Riley Sager is a writer, editor and graphic designer. Riley now lives in Princeton, New Jersey. In addition to writing, Riley enjoys reading, movies and baking. Riley’s first novel, Final Girls, will be published in 2017 in the United States, the United Kingdom and more than a dozen territories around the world.  Author Website.  Follow Riley on Twitter

In Secrets of Southern Girls, the powerful, affecting debut from Haley Harrigan, a young woman uncovers devastating secrets about the friend she thinks she killed…

Ten years ago, Julie Portland accidentally killed her best friend, Reba. What’s worse is she got away with it. Consumed by guilt, she left the small town of Lawrence Mill, Mississippi, and swore nothing would ever drag her back. Now, raising her daughter and struggling to make ends meet in Manhattan, Julie still can’t forget the ghost of a girl with golden hair and a dangerous secret.  When August, Reba’s first love, begs Julie to come home to find the diary that Reba kept all those years ago, Julie’s past comes creeping back to haunt her. That diary could expose the shameful memories Julie has been running from, but it could also unearth the hidden truths that Reba left buried…and reveal that Julie isn’t the only one who feels responsible for Reba’s death.

In fact, she may not be responsible at all.

To celebrate the publication of Secrets of Southern Girls, there’s a chance to win one of five Summer Reads Prize Packs.  To enter the giveaway, click on the link below. 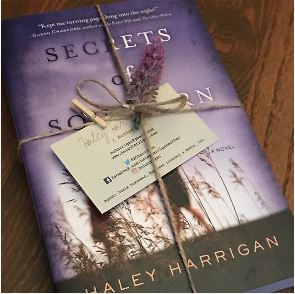 This a well-constructed mystery in which Julie reluctantly returns to her home town to try to uncover the truth about what really happened the night her best friend, Reba, died. Although, in her heart, she already knows the truth – that it was she who was responsible for Reba’s death – at least that’s what she’s always believed since she has only fragments of memory about what happened that night.

The story is told partly in the present as Julie and Reba’s boyfriend, August, search for answers and partly in flashback. The reader also has the benefit of excerpts from Reba’s journal which gradually reveal clues to what really occurred that night but also disclose a significantly different side to Reba’s character. The racism inherent in a small community is convincingly woven into the plot.

I enjoyed the book but did have a slight reservation about the device of Reba’s journal. I can understand the author’s decision to use this device as, since Reba is dead, the only way Julie and August can learn what happened from Reba’s point of view is through something like a diary.  I did wonder though if a teenage diary (or any diary for that matter) would use such literary language, include meticulous detail like a woman tapping “the manicured fingernails of one hand absentmindedly against the wooden countertop” or record long conversations word-for-word, complete with speech marks.

However, leaving that aside, the story is well-paced and the revelation of what really happened that night brings the book to a satisfying conclusion.

I received an advance review copy courtesy of NetGalley and publishers Sourcebook Landmark in return for an honest review. 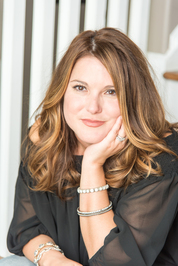 Haley graduated from the University of Georgia with degrees in Creative Writing and Public Relations. A bookworm from early on, she started writing as a kid when her grandfather introduced her to his new typewriter. Her first stories were fanfiction pieces (though she didn’t call it that, then) inspired by The Baby-Sitters Club and Sweet Valley High. These days, she’s an avid and wildly eclectic reader, with tastes ranging from Margaret Atwood to William Faulkner to Gillian Flynn to Rainbow Rowell. In addition to reading and writing, Haley enjoys hot tea, college football, margaritas and Mexican food, and a good Netflix binge. She is obsessed with all things Joss Whedon and believes that she learned everything she needs to know about life from Buffy the Vampire Slayer. Secrets of Southern Girls is her debut novel.