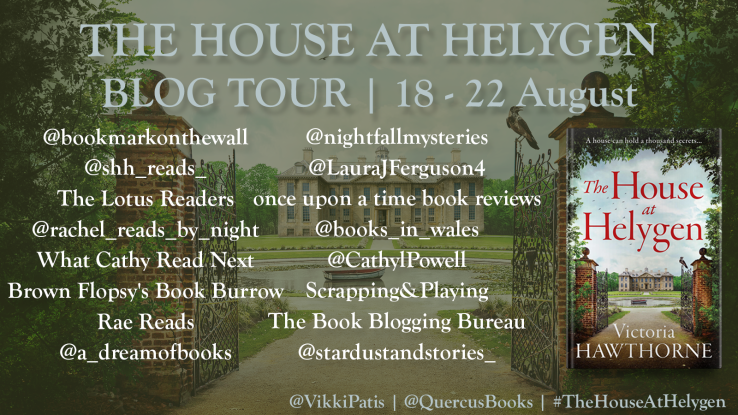 Welcome to the final day of the blog tour for The House at Helygen by Victoria Hawthorne. My thanks to Katya at Quercus for inviting me to take part and for my review copy. You can read my thoughts on the book, which was published on 18th August, below. 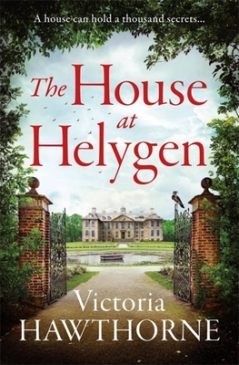 2019. When Henry Fox is found dead in his ancestral home in Cornwall, the police rule it a suicide, but his pregnant wife, Josie, believes it was murder. Desperate to make sense of Henry’s death she embarks on a quest to learn the truth, all under the watchful eyes of Henry’s overbearing mother. Josie soon finds herself wrestling against the dark history of Helygen House and ghosts from the past that refuse to stay buried.

1881. New bride Eliza arrives at Helygen House with high hopes for her marriage. Yet when she meets her new mother-in-law, an icy and forbidding woman, her dreams of a new life are dashed. And when Eliza starts to hear voices in the walls of the house, she begins to fear for her sanity and her life.

Can Josie piece together the past to make sense of her present, or will the secrets of Helygen House and its inhabitants forever remain a mystery?

Find The House at Helygen on Goodreads

Moving between past and present, The House at Helygen starts off mysterious, progresses to sinister and concludes as full-on melodrama.  If you’re looking for a book with the vibes of Daphne du Maurier’s Rebecca or Charlotte Brontë’s Jane Eyre, you’re in the right place. The present day Helygen House even has a west wing previously destroyed by fire. And if you were looking for a modern day equivalent of Rebecca‘s Mrs Danvers then look no further than Josie’s mother-in-law, Alice, who in her habits and attitudes seems a woman ‘from another time entirely… who doesn’t live in the modern world at all’, closely followed by Eliza’s mother-in-law, Harriet, in the 19th century story.

Told from the point of view of two women, separated by over a century but who share many of the same experiences, plus the voice of a third woman through means of a journal, that narrative device beloved of historical novelists, The House at Helygen contains everything you might want from a historical suspense novel.

The author creates a brooding sense of menace which gradually builds as the house reveals it secrets and the dark past of the families who have occupied it. A silhouette glimpsed in a doorway, an unexplained cry in the night, a shadowy figure under a willow tree (very The Turn of the Screw), something scratching against a window ‘like fingers clawing to get in’.  And then there’s the disquieting atmosphere of some of the unused rooms of Helygen House where past and present seem separated by a mere whisper. Josie’s friend, Flick, sums it up well. ‘It just feels weird in here. Like something isn’t quite right. Like the air has been disturbed, and we’re trespassing. Like we shouldn’t be in here at all.’

The House at Helygen is a skilfully crafted story of obsession, secrets and what might be a grim inheritance.

Try something similar: A Woman Made of Snow by Elisabeth Gifford 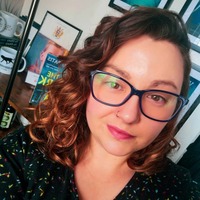 She is represented by Emily Glenister at DHH Literary Agency and also writes historical fiction as Victoria Hawthorne. Her first historical suspense novel, The House at Helygen, was published in April 2022 by Quercus, with another to follow in 2023.

Vikki has also written articles for numerous publications. After being diagnosed with Perthes disease as a child, fibromyalgia in 2016 and coeliac disease in 2018, she tries to raise awareness of living with a chronic illness through her writing, and includes a diverse range of characters in her fiction. She lives in Scotland with her wife, two wild golden retrievers, and an even wilder cat. 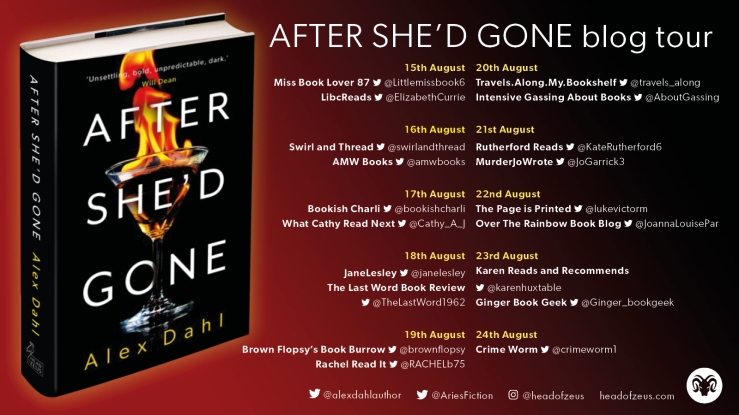 Welcome to today’s stop on the blog tour for After She’d Gone by Alex Dahl. My thanks to Sophie at Ransom PR for inviting me to take part in the tour and to Head of Zeus for my review copy. Do pop over to Instagram and check out the post by my tour buddy for today, Charli at bookishcharli. 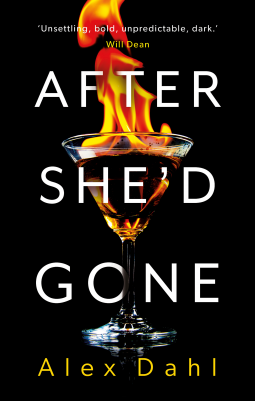 Liv loves her son, Adrian. That’s why she keeps a low profile in Sandefjord, Norway: just another tired single mother, trying to make ends meet. She has never told her son about the secrets she carries or the life she lived before he was born. She will do anything to keep him safe.

Anastasia’s life is transformed when she moves from Russia to Milan and starts modelling. Suddenly, she’s rich. She’s desired. But then she begins to see the dark side of her new life: the high-pressure catwalk shows; the glamorous, drink-fuelled after-parties; the sun-baked Italian palazzos owned by powerful men. She will do anything to escape.

Selma is an investigative journalist in Oslo. She’s been looking into the dangerous underworld of the modelling industry, but can’t seem to get her article published. Then, a woman goes missing in Sandefjord and Selma’s about to uncover the biggest story of her life…

Find After She’d Gone on Goodreads

This unsettling and at times dark thriller immerses the reader in the sinister side of the fashion world in which young women, often from Eastern Europe, attracted by the prospect of travelling the world and striding the catwalks for big fashion houses discover the reality is quite, quite different. They find themselves drawn into a murky world of drugs and sexual exploitation in which men hold the power and aren’t afraid to use it. For the women, staying is risky, but leaving is even more so.

Investigative journalist Selma’s involvement comes about because of her role in investigating the  previous disappearance of a young girl from the very same place as the missing woman – Sandefjord. (The case was the focus of the author’s previous book, Playdate.) Selma’s investigation takes her into a very murky world populated by extremely ruthless and, in some cases, very damaged individuals. I loved her strength, her fearlessness and her determination to get answers.

I confess I guessed some key aspects of the plot pretty early on but with this type of thriller you can never be sure the author’s not going to spring a surprise until you reach the final page, can you?

The standout element of the book for me was the wonderfully tender portrait of Adrian, a young boy who is different from other children. ‘Adrian craves freedom. He feels trapped in his own mind; he’s not like anyone else and he wishes he could fly away.’ He is obsessed with airplanes, loves watching them take off and land at the nearby airport, can spend hours absorbed in creating origami models of planes and knows the codes for every international airport. Contrary to what many think, he’s intelligent but often finds it difficult to communicate or express his feelings except through the ‘secret’ language his mother Liv has taught him. What he does know is there are things he must keep secret at all costs and, that if he’s to save his mother, he will have to be very brave. Spoiler: he is.

After She’d Gone is a taut, skilfully-crafted thriller that demonstrates all that glitters is not gold. It would make the perfect beach read.

Try something similar: Cold As Hell by Lilja Sigurðardóttir 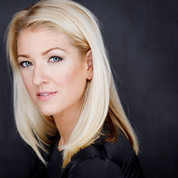 Alex Dahl is a half-American, half-Norwegian author. Born in Oslo. She studied Russian and German linguistics with international studies, then went on to complete an MA in creative writing at Bath Spa University and an MSc in business management at Bath University.

A committed Francophile, Alex loves to travel, and has so far lived in Moscow, Paris, Stuttgart, Sandefjord, Switzerland, Bath and London. She is the author of four other thrillers including The Boy at the Door, which was shortlisted for the CWA Debut Dagger.