This week’s topic is a freebie on the theme of school. I’ve done my homework and come up with ten books set in educational establishments where dark deeds are the lesson of the day. Links from the title will take you to my review or the book details on Goodreads.

Different Class by Joanne Harris – After thirty years at St Oswald’s Grammar in North Yorkshire, Latin master Roy Straitley has seen all kinds of boys come and go… But every so often there’s a boy who doesn’t fit the mould. A troublemaker. A boy capable of twisting everything around him. A boy with hidden shadows inside. 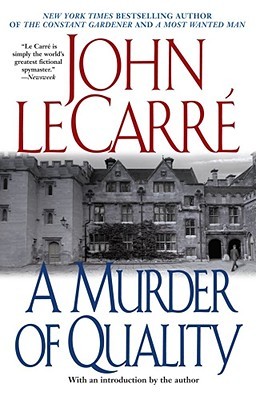 A Murder of Quality by John le Carre – George Smiley was simply doing a favour for Miss Ailsa Brimley, and old friend and editor of a small newspaper. Miss Brimley had received a letter from a worried reader: “I’m not mad. And I know my husbad is trying to kill me.” But the letter had arrived too late: its scribe, the wife of an assistant master at the distinguished Carne School, was already dead. 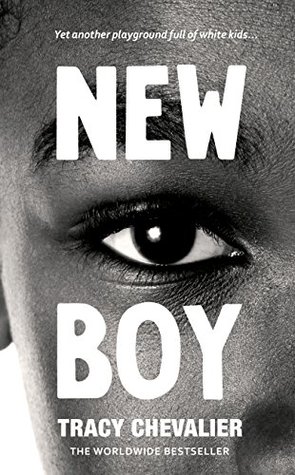 New Boy by Tracy Chevalier – The tragedy of Othello is transposed to a 1970s’ suburban Washington schoolyard, where kids fall in and out of love with each other before lunchtime, and practise a casual racism picked up from their parents and teachers.

Madam by Phoebe Wynne – For 150 years, high above rocky Scottish cliffs, Caldonbrae Hall has sat untouched, a beacon of excellence in an old ancestral castle. A boarding school for girls, it promises that the young women lucky enough to be admitted will emerge “resilient and ready to serve society”.

The Prime of Miss Jean Brodie by Muriel Spark – She was a schoolmistress with a difference. Proud, cultured, romantic, her ideas were progressive, even shocking. And when she decided to transform a group of young girls under her tutelage into the ‘creme de la creme’ of Marcia Blaine school, no one could have predicted the outcome.

Notes on a Scandal by Zoe Heller – When Sheba Hart joins St George’s as the new pottery teacher, lonely Barbara Covett senses that she has found a kindred spirit. But Barbara is not the only one drawn to Sheba.

Never Let Me Go by Kazuo Ishiguro – As children, Kathy, Ruth, and Tommy were students at Hailsham, an exclusive boarding school secluded in the English countryside. It was a place of mercurial cliques and mysterious rules where teachers were constantly reminding their charges of how special they were.

If We Were Villains by M.L. Rio – As a young actor at an elite conservatory, Oliver noticed that his talented classmates seem to play the same characters onstage and off – villain, hero, temptress – though he was always a supporting role. But when the teachers change the casting, a good-natured rivalry turns ugly, and the plays spill dangerously over into real life.

The History Man by Malcolm Bradbury – Howard Kirk is the trendiest of radical tutors at a fashonable campus university. Timid Vice-Chancellors pale before his threats of disruption; reactionary colleagues are crushed beneath his merciless Marxist logic; women are irresistibly drawn by his progressive promiscuity. A self-appointed revolutionary hero, Howard always comes out on top.

Gaudy Night by Dorothy L. Sayers – The dons of Harriet Vane’s alma mater, the all-female Shrewsbury College, Oxford, have invited her back to attend the annual Gaudy celebrations. However, the mood turns sour when someone begins a series of malicious acts including poison-pen messages, obscene graffiti and wanton vandalism.