Kate says: Books can be linked in obvious ways – for example, books by the same authors, from the same era or genre, or books with similar themes or settings. Or, you may choose to link them in more personal or esoteric ways: books you read on the same holiday, books given to you by a particular friend, books that remind you of a particular time in your life, or books you read for an online challenge. Join in by posting your own six degrees chain on your blog and adding the link in the comments section of each month’s post.   You can also check out links to posts on Twitter using the hashtag #6Degrees.

This month’s starting book is The Book of Form and Emptiness by Ruth Ozeki, winner of the Women’s Prize for Fiction 2022.  As is often the case, it’s a book I haven’t read but according to the blurb it concerns a fourteen-year-old boy who begins to hear voices and takes refuge in the silence of a public library.

Another book set around a library is The Reading List by Sara Nisha Adams which starts with the discovery of a crumpled reading list tucked inside a tattered library book.

Another kind of list features in The Dinner List by Rebecca Serle. If you could name five people – living or dead – to have dinner with, who would you choose? In the book Sabrina arrives at her 30th birthday dinner to find her best friend, three significant people from her past… and Audrey Hepburn.

Audrey Hepburn starred in the 1961 film adaptation of Breakfast at Tiffany’s by Truman Capote who also wrote In Cold Blood. It tells the story of the real life murders of the Clutter family in Kansas in 1959 and is considered by many to be the first true crime ‘non-fiction novel’.

The Fortune Men by Nadifa Mohamed is another book which is a fictionalized account of an actual crime, in this case the murder of a shopkeeper in 1950s Cardiff. It’s also a story of a miscarriage of justice.

This Mortal Boy by Fiona Kidman also has as its subject a possible miscarriage of justice. Set in Auckland in 1955, it describes the trial and conviction for murder of Albert ‘Paddy’ Black, a young Belfast man and recent immigrant to New Zealand.

New Zealand is also the setting for crime novel The Quiet People by Paul Cleave in which the young son of two successful crime writers disappears. Suspicion falls on them not least because they have frequently joked that, since they write about it for a living, no one knows how to get away with crime like they do.

My chain has taken us from the peace and quiet of a library to the clamour of press attention. Where did your chain take you? 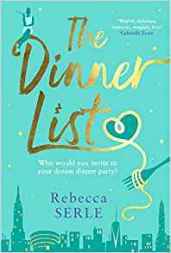 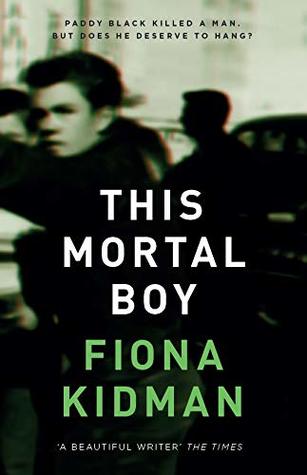