Welcome to today’s stop on the blog tour for Twelve Nights by Penny Ingham. My thanks to Rachel at Rachel’s Random Resources for inviting me to take part in the tour and for my digital review copy. Do check out the posts by my tour buddies for today, Joanne at Pickled Thoughts and Pinot, Jasmine at Jazzy Book Reviews and Jo at Over The Rainbow Book Blog. 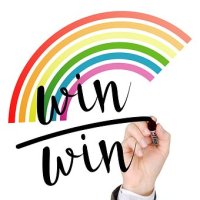 There’s also a (UK only) giveaway with a chance to win a paperback copy of Twelve Nights. Enter via Rafflecopter here. 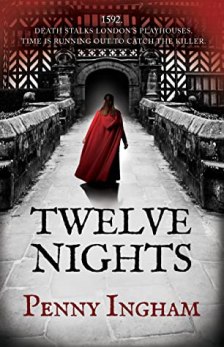 The Theatre, London 1592. When a player is murdered, suspicion falls on the wardrobe mistress, Magdalen Bisset, because everyone knows poison is a woman’s weapon. The scandal-pamphlets vilify her. The coroner is convinced of her guilt.

Magdalen is innocent, although few are willing to help her prove it. Her much-loved grandmother is too old and sick. Will Shakespeare is benignly detached and her friend Christopher Marlowe is wholly unreliable. Only one man offers his assistance, but dare she trust him when nothing about him rings true?

With just two weeks until the inquest, Magdalen ignores anonymous threats to ‘leave it be’ and delves into the dangerous underworld of a city seething with religious and racial tension. As time runs out, she must risk everything in her search for the true killer – for all other roads lead to the gallows.

Purchase links
Amazon UK
Links provided for convenience only, not as part of an affiliate programme

The story unfolds at a pace that means there’s plenty of time to immerse yourself in the sights and smells of Elizabethan London and its theatres. The latter was an aspect of the book I really enjoyed and which I thought the author brought brilliantly to life, from the audience of one-penny groundlings and ‘bum-cushions’ (those who could afford seats) to the behind-the-scenes preparation for performances involving, amongst other things, a stuffed dog and Richard III’s hump. The story takes the reader to the grimy streets and alleyways of London, the squalor of Bridewell and the rumbustious goings on at the Mermaid tavern, as well as the homes of the nobility attired in their outrageously opulent garb. Amongst the latter there are goings-on that would definitely not meet with the approval of Puritans.

Magdalen makes a plucky and resourceful heroine – and she needs to be. Not only has she been accused of a murder she did not commit but she finds herself caught up in the political intrigue and religious turmoil of the period. Forced to turn detective in order to save her own skin, her investigation throws up a plethora of suspects and possible motives including revenge, jealousy, blackmail, corruption and bigotry. There’s a neat summary of the main suspects and why they might have committed the crime towards the end of the book. Alongside all this Magdalen has to repel the unwanted advances of her employer (also her landlord) and support herself and her ailing grandmother who is slowly losing her grip on reality, a dangerous situation when one loose word could spell disaster. It’s not surprising Magdalen feels very alone and vulnerable. ‘Once, the Theatre had been her sanctuary from the troubles of the world, and then death had crept inside and it no longer felt a safe haven.’

Woven into the story of Magdalen’s quest to clear her name are real historical figures including the playwrights William Shakespeare, Christopher Marlowe and Thomas Kyd – all competing for noble patronage and the demands of bloodthirsty theatregoers – and actor and theatre owner, Richard Burbage. And of course no novel set in the Elizabethan period would be complete without a reference to one of the Cecil family.

The book ends with some surprising revelations. Not just the identity of the person responsible for the murder but about Magdalen herself, leaving plenty of possible storylines to be explored in future books.

Try something similar: A Murderous Affair by Jonathan Digby 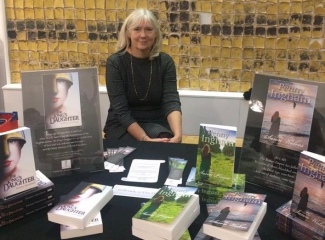 Penny writes: I was born and raised in Yorkshire where my father inspired my love of history from an early age. He is a born story teller and would take us to the top of Iron Age hill forts, often as dusk was falling, and regale us with stirring tales of battles lost and won. Not surprisingly, I went on to study Classics at university, and still love spending my summers on archaeological digs. For me, there is nothing more thrilling than finding an artefact that has not seen the light of day for thousands of years. I find so much inspiration for my novels from archaeology.

I have had a variety of jobs over the years, including working for the British Forces newspaper in Germany, and at the BBC. When our family was little, the only available space for me to write was a small walk-in wardrobe. The children used to say, ‘Oh, Mum’s in the cupboard again’.

I have written four historical novels: The King’s Daughter explores the story of Aethelflaed, the Lady of the Mercians. The Saxon Wolves and The Saxon Plague are both set in fifth century AD, a time of enormous upheaval and uncertainty in Britain as the Romans departed and the Saxon era began. My latest is something a bit different. Twelve Nights is a crime thriller set in sixteenth century London, and features William Shakespeare and Christopher Marlowe.

I now live with my husband in the Hampshire countryside. Like many others during the pandemic, we decided to try growing our own fruit and vegetables – with mixed results! We can only get better!

One thought on “#BlogTour #BookReview Twelve Nights by Penny Ingham”