I’m delighted to welcome you to the opening day of the blog tour for How To Save a Life by Clare Swatman which is published today. My thanks to Rachel at Rachel’s Random Resources for inviting me to take part in the tour and to Boldwood Books for my digital review copy via NetGalley. Do check out the posts by my tour buddies for today, Sheri at My Reading Getaway and Jo at Captured on Film. 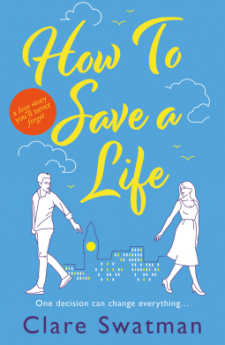 One night in December, twenty-two year old Ted Green makes his way to Waterloo Bridge determined to end his life. Lonely, despairing and utterly hopeless, it seems the only choice to make.

That same night in December, Marianne Cooper is running away from a party. Having found her boyfriend in a passionate clinch with someone else, Marianne can’t get away fast enough. But as she makes her way along London’s South Bank, a figure catches her eye on top of the bridge.

Then she sees him, a man ready to jump.

When Marianne saves Ted’s life, this night in December becomes one they’ll never forget, but as Ted watches Marianne leave in a black taxi, all he can think is he should have asked her name.

In a story spanning twenty years, join Ted and Marianne as they navigate life’s twists and turns, joys and heartbreaks, while all the time wondering – will fate ever bring them together again…

Find How To Save A Life on Goodreads

In How To Save a Life, the author brings the same warmth, mix of light and dark moments, and gentle exploration of human flaws as she did to her previous book, Before We Grow Old, which I read in January 2022.

The book is told in alternating chapters from the points of view of Marianne and Ted. Sometimes the reader gets to see the same event from their respective point of view, meaning some repetition is inevitable. It also means, at times, the reader can see an event coming.

Of the two characters, it was Ted who I thought had the most depth and whose story I became most invested in.  His traumatic experiences whilst on active service in Kuwait have left psychological wounds, a profound sense of guilt and a feeling that his life lacks any structure or direction. This has manifested itself in a dependence on alcohol. And, as much as Marianne’s actions on Waterloo Bridge on that fateful night saved his life, I thought the steadfastness and loyalty of his friend, Danny, did too.

Despite the passing years, Ted and Marianne have become lodged so deep in each other’s mind that it becomes difficult for any other partner to displace them. I have to say I couldn’t blame those who try for eventually acting they way they do. After all, how can you compete with a fantasy? And I found it quite difficult to forgive some of Marianne’s and Ted’s actions.

Whether you consider the way the book ends the stuff of Hollywood movies, it demonstrates saving a life can occur in many ways and sometimes we don’t just get second chances but perhaps third, even fourth opportunities to get it right.

Try something similar: One Day in December by Shari Low 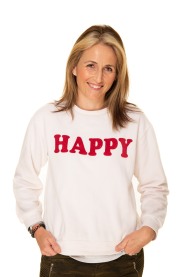 Clare Swatman is the author of three women’s fiction novels, published by Macmillan, which have been translated into over 20 languages. She has been a journalist for over twenty years, writing for Bella and Woman & Home amongst many other magazines. She lives in Hertfordshire.