Tuesday – This week’s Top Ten Tuesday topic challenged us to come up with One-Word Reviews of our last ten books.

Wednesday – WWW Wednesday is my weekly opportunity to share what I’ve just read, what I’m currently reading and what I plan to read next… and to take a peek at what others are reading. I also published a spotlight feature on Notes of Change by Susan Grossey, the seventh and final book in the Sam Plank Mysteries series.

Thursday – I published my review of Cornwall-set mystery The Birdcage by Eve Chase.

Friday – I shared my thoughts on memoir Devorgilla Days by Kathleen Hart.

Saturday – The first Saturday of the month means it’s time to participate in the #6Degrees of Separation meme, this time challenging us to forge a chain from True History of the Kelly Gang by Peter Carey to… 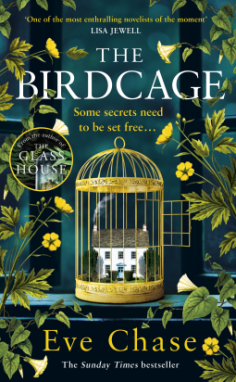 Death and the Penguin by Andrey Kurkov (Vintage Classics)

Viktor is an aspiring writer with only Misha, his pet penguin, for company. Although he would prefer to write short stories, he earns a living composing obituaries for a newspaper. He longs to see his work published, yet the subjects of his obituaries continue to cling to life.

But when he opens the newspaper to see his work in print for the first time, his pride swiftly turns to terror. He and Misha have been drawn into a trap from which there appears to be no escape life. 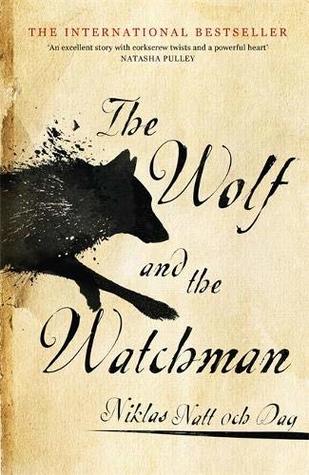 It is 1793. Four years after the storming of the Bastille in France and more than a year after the death of King Gustav III of Sweden, paranoia and whispered conspiracies are Stockholm’s daily bread. A promise of violence crackles in the air as ordinary citizens feel increasingly vulnerable to the whims of those in power.

When Mickel Cardell, a crippled ex-solider and former night watchman, finds a mutilated body floating in the city’s lake, he feels compelled to give the unidentifiable man a proper burial. For Cecil Winge, a brilliant lawyer turned consulting detective to the Stockholm police, a body with no arms, legs, or eyes is a formidable puzzle and one last chance to set things right before he loses his battle to consumption. Together, Winge and Cardell scour Stockholm to discover the body’s identity, encountering the sordid underbelly of the city’s elite. Meanwhile, Kristofer Blix leaves rural life for the alluring charms of the capital and ambitions of becoming a doctor. His letters to his sister chronicle his wild good times and terrible misfortunes, which lead him down a treacherous path.

In another corner of the city, a young woman – Anna-Stina – is consigned to the workhouse after she upsets her parish priest. Her unlikely escape plan takes on new urgency when a sadistic guard marks her as his next victim. Over the course of the novel, these extraordinary characters cross paths and collide in shocking and unforgettable ways.

When sisters Kezia and Rosie arrive at their grandparents’ house in the summer of 1986 they aren’t sure when they’ll see their Mum and Dad again.

While her younger sister Rosie is content playing on the allotment gate and having picnics in the garden, Kezia begins to realise that things aren’t quite what they seem. While embraced in Granddad and Grandma’s loving care, it’s not long before seven-year old Kezia begins to notice strange looks between them, hushed whispers, and secret phone calls. She realises she must step into the frightening adult world if she is to make sense of her parent’s troubled marriage.

Written in beautifully delicate prose, Rebecca Burns’ collection of linked short stories explores how a child learns to navigate new familial territory, the heartache of uncertainty, and a growing understanding of what, exactly, real love means. 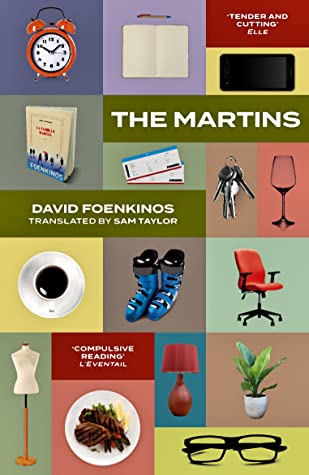 ‘Go out into the street and the first person you see will be the subject of your next book.’

This is the challenge a struggling Parisian writer sets himself, imagining his next heroine might be the mysterious young woman who often stands smoking near his apartment … instead it’s octogenarian Madeleine. She’s happy to become the subject of his book – but first she needs to put away her shopping.

Is it really true, the writer wonders, that every life is the stuff of novels, or is his story doomed to be hopelessly banal? As he gets to know Madeleine and her family, he’ll be privy to their secrets: lost loves, marital problems and workplace worries. And he’ll soon realise he is not the impartial bystander he intended to be, but a catalyst for major changes in the lives of his characters.

Told with Foenkinos’s characteristic irony and self-deprecating humour, yet filled with warmth, The Martins is a compelling tale of the family next door which raises questions about what it means to be ‘ordinary’, and about the blurred lines between truth and fiction.