Kate says: Books can be linked in obvious ways – for example, books by the same authors, from the same era or genre, or books with similar themes or settings. Or, you may choose to link them in more personal or esoteric ways: books you read on the same holiday, books given to you by a particular friend, books that remind you of a particular time in your life, or books you read for an online challenge. Join in by posting your own six degrees chain on your blog and adding the link in the comments section of each month’s post.   You can also check out links to posts on Twitter using the hashtag #6Degrees.

This month’s starting book is Our Wives Under the Sea by Julia Armfield. Published on 3rd March, it’s a book I haven’t read but, from what I can gather, it concerns a woman who returns from a deep-sea mission very different from the person she was before.

From a book recently published to one shortly to be published. Pod by Laline Paull is the story of Ea, a small spinner dolphin, who suffers from a type of deafness that means she cannot master the spinning rituals that unite her pod of dolphins.

Continuing with characters who experience the world differently, in Planet of Clay by Samar Yazbek, Rima’s senses her environment (the war-torn city of Damascus) in terms of colours rather than words and expresses herself through drawings.

The novel The Prince of the Skies by Antonio Iturbe is the story of Antoine de Saint-Exupéry who as well as being an author was an accomplished pilot. Along with fellow aviators, he helped to pioneer new mail routes across the globe carrying mail to far flung places, risking life and limb in the process.

Other pilots who carried out dangerous missions were the women of the Air Transport Auxilary during the Second World War. They ferried new, repaired and damaged military aircraft of all types between factories, assembly plants and airfields. Classed as non-operational flights, they carried no weapons and were therefore at risk from enemy fighters. ATA ferry pilots feature in A Sunlit Weapon by Jacqueline Winspear, the latest instalment in her Maisie Dobbs historical crime series.

An aviatrix of a different kind features in one of the stories in A Registry Of My Passage Upon The Earth by Daniel Mason. In ‘On the Cause of Winds and Waves’, a female balloonist witnesses an odd feature in the sky but because of her gender is not taken seriously by the scientific community.

My chain has taken me from sea to sky. Where did your chain take you? 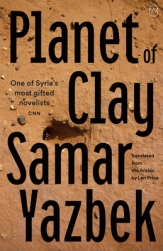 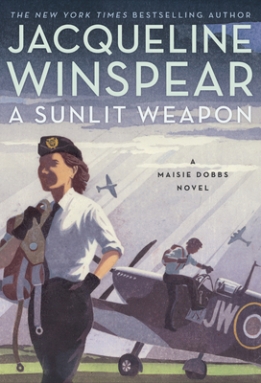 7 thoughts on “#6Degrees of Separation: From Sea to Sky”