Welcome to today’s stop on the blog tour for The Shanghai Wife by Emma Harcourt. My thanks to Anne at Random Things Tour for inviting me to take part in the tour and to HarperCollins for my digital review copy. 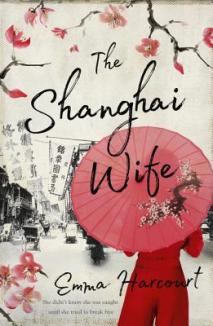 Shanghai, 1925. Leaving behind the loneliness and trauma of her past in country Australia, Annie Brand arrives to the political upheaval and glittering international society of Shanghai in the 1920s. Journeying up the Yangtze with her new husband, the ship’s captain, Annie revels in the sense of adventure but when her husband decides the danger is too great and sends her back to Shanghai, her freedom is quickly curtailed.

Against her will, Annie finds herself living alone in the International Settlement, increasingly suffocated by the judgemental Club ladies and their exclusive social scene: one even more restrictive than that she came from. Sick of salacious gossip and colonial condescension, and desperate to shake off the restrictions of her position in the world, Annie is slowly drawn into the bustling life and otherness of the real Shanghai, and begins to see the world from the perspective of the local people, including the servants who work at her husband’s Club.

But this world is far more complex and dangerous than the curious Annie understands and unknowingly, she becomes caught in a web of intrigue and conspiracy as well as a passionate and forbidden love affair she could not have predicted: one with far–reaching consequences…

Find The Shanghai Wife on Goodreads

I really enjoyed the book’s opening section in which Annie travels along the Yangtze river on the working boat captained by her husband, Alec. In fact, I was as disappointed as Annie when, because of the fear of attack by pirates, she is forced to return to Shanghai and the relative safety of the International Settlement, the part of the city not under Chinese control. (The author’s Historical Note provides more information on the political situation in Shanghai during the period in which the book is set.)

The Shanghai Wife provides a vivid insight into the growing unrest in Shanghai in the 1920s, although this is almost exclusively seen from the point of view of the foreign inhabitants living securely within the confines of the International Settlement. In particular, the ladies of the Shanghai Maritime Club are largely oblivious to what is going on in the old city, more interested as they are in their bridge parties, preparations for the next Club ball or when tea will be served. Only Annie senses a growing apprehensiveness as she travels around the city. ‘This was more than the edginess of summer heat; there was fresh tension in the streets’. That tension will shortly erupt into violence.

Annie is well-meaning but impulsive and rather naive, as a result of which she frequently puts herself – and others – at risk, on occasions with deadly consequences. Even Annie admits at one point that ‘she had made a terrible mess of things’. From the beginning, there are hints of a traumatic event in Annie’s past the nature of which is only revealed at the end of the book but goes some way to explaining her instinct to try to rescue others in danger.  Despite expressing a desire to learn more about the daily lives of the Chinese people and railing against the racist attitudes of the Club ladies, Annie demonstrates a degree of hypocrisy, relying as she does on servants whose names are never used, referred to merely as ‘houseboy’ or ‘wash amah’.

Chow, the maitre d’hotel of the Club, is the exception; he’s a living, breathing individual not just one more ‘Chinaman’. Annie welcomes his attentive attitude and kindness towards her, especially when events leave her feeling lonely and isolated.  Their friendship is frowned upon by other less enlightened members of the International Settlement; interracial relationships definitely being a no-go area. Nevertheless, Chow tries to respond to Annie’s wish to experience the ‘real’ Shanghai, not all of which she finds attractive.  He chides her, ‘This is my Shanghai, Mrs Brand, the vitality and the poverty, but perhaps you are not ready. Remember, please, that your standards are not ours, do not judge what you don’t understand.’  It turns out the city is a place of hidden dangers leading to some dramatic events towards the end of the book.

If you long for a combination of mystery, romance and melodrama set in a fascinating location, then The Shanghai Wife may be just the book for you.

Try something similar: Summer of the Three Pagodas by Jean Moran 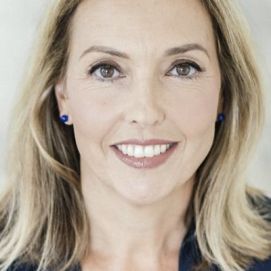 Emma Harcourt has worked as a journalist for over 25 years, in Australia, the UK and Hong Kong. In 2011, she completed the Faber Academy Writing a Novel course and The Shanghai Wife was born. Emma lives in Sydney with her two daughters. She is currently working on her second novel.