Monday – I published an extract from The Garfield Conspiracy by Owen Dwyer as part of the blog tour.

Wednesday – WWW Wednesday is the opportunity to share what I’ve just read, what I’m currently reading and what I plan to read next… and to have a good nose around what others are reading. I also published my review of historical novel Daughters of War by Dinah Jefferies as part of the blog tour.

Thursday – I shared a progress update on the Bookbloggers 2021 Fiction Reading Challenge hosted by Lynne at Fictionophile.

Friday – I published my review of World War 2 naval adventure Splinter on the Tide by Phillip Parotti.

Saturday – I shared my review of supernatural short story The Tale of the Tailor and the Three Dead Kings by Dan Jones.

Sunday – I published my review of The Improbable Adventures of Miss Emily Soldene by Helen Batten as part of the blog tour. 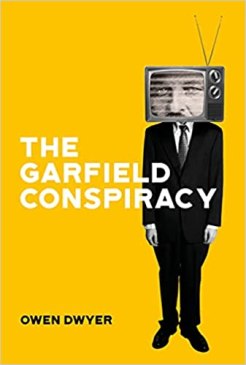 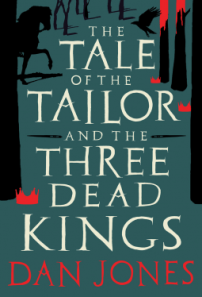 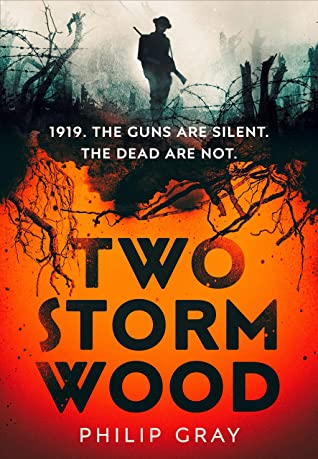 The gins are silent. The dead are not.

1919. On the desolate battlefields of northern France, the guns of the Great War are silent. Special battalions now face the dangerous task of gathering up the dead for mass burial. Captain Mackenzie, a survivor of the war, cannot yet bring himself to go home. First he must see that his fallen comrades are recovered and laid to rest. His task is upended when a gruesome discovery is made beneath the ruins of a German strongpoint.

Amy Vanneck’s fiancé is one soldier lost amongst many, but she cannot accept that his body may never be found. Defying convention, hardship and impossible odds, she heads to France, determined to discover what became of the man she loved.

It soon becomes clear that what Mackenzie has uncovered is a war crime of inhuman savagery. As the dark truth leaches out, both he and Amy are drawn into the hunt for a psychopath, one for whom the atrocity at Two Storm Wood is not an end, but a beginning.

Nobody knows yet that she is a murderer…

Abandoned at the gates of a London park one winter’s night in 1850, baby Lily Mortimer is saved by a young police constable and taken to the London Foundling Hospital. Lily is fostered by an affectionate farming family in rural Suffolk, enjoying a brief childhood idyll before she is returned to the Hospital, where she is punished for her rebellious spirit. Released into the harsh world of Victorian London, Lily becomes a favoured employee at Belle Prettywood’s Wig Emporium, but all the while she is hiding a dreadful secret…

Across the years, policeman Sam Trench keeps watch over the young woman he once saved. When Sam meets Lily again, there is an instant attraction between them and Lily is convinced that Sam holds the key to her happiness – but might he also be the one to uncover her crime and so condemn her to death?

A young woman, Violet, lies in a hospital bed in the closing days of the war. Her pregnancy is over and she is no longer able to conceive. With her husband deployed to the Pacific Front and her friends caught up in transitory love affairs, she must find a way to put herself back together.

In a small, watchful town in the Welsh valleys, another Violet contemplates the fate she shares with her unborn child. Unwed and unwanted, an overseas posting offers a temporary way out. Plunged into the heat and disorder of Naples, her body begins to reveal the responsibility it carries even as she is drawn into the burnished circle of a charismatic new friend, Maggie.

Between these two Violets, sung into being like a babe in a nursery rhyme: a son. As their lives begin to intertwine, a spellbinding story of women’s courage emerges, suffused with power, lyricism and beauty, from an exhilarating new voice in British fiction.

The Prince of the Skies by Antonio Iturbe, translated by Lilit Žekulin Thwaites (eARC, Pan MacMillan)

All Antoine de Saint Exupéry wants to do is be a pilot. But flying is a dangerous dream and one that sets him at odds with his aristocratic background and the woman he loves. Despite attempts to keep him grounded, Antoine is determined to venture forwards into the unknown. Together with his friends, Jean and Henri, he will pioneer new mail routes across the globe and help change the future of aviation. In the midst of his adventures, Antoine also begins to weave a children’s story that is destined to touch the lives of millions of readers around the world. A story called The Little Prince . . . Fame and fortune may have finally found Antoine, but as the shadow of war begins to threaten Europe, he’s left to wonder whether his greatest adventure is yet to come… 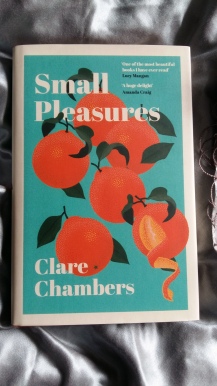