Welcome to today’s stop on the blog tour for One Last Time by Helga Flatland, translated by Rosie Hedger. My thanks to Anne at Random Things Tours for inviting me to take part in the tour and to Orenda Books for my digital review copy.

Anne’s life is rushing to an unexpected and untimely end. But her diagnosis of terminal cancer isn’t just a shock for her – and for her daughter Sigrid and granddaughter Mia – it shines a spotlight onto their fractured and uncomfortable relationships.

On a spur-of-the moment trip to France the three generations of women reveal harboured secrets, long-held frustrations and suppressed desires, and learn humbling and heart-warming lessons about how life should be lived when death is so close.

Find One Last Time on Goodreads

I enjoyed Helga Flatland’s previous book, A Modern Family, for its perceptive examination of the impact on the various members of one family of an unexpected announcement. The author returns to similar territory in this book using Anne’s cancer diagnosis as the starting point for an insightful exploration of how this affects her relationships with her daughter, Sigrid, her granddaughter, Mia, and other members of her family.

Having praised the author’s ‘spare, precise prose’ in my review of A Modern Family, I was surprised to find the writing style quite different in this book. I confess some of the long sentences made up of multiple clauses separated by commas left me craving a full stop or semi-colon. I can only assume this was a deliberate style choice by the author intended to convey the undisciplined nature of the thoughts running through the minds of the main characters. Although it did affect my reading experience a little, it didn’t prevent me being drawn into the story which unfolds in chapters alternating between the points of view of Anne and Sigrid.

A particularly touching element of the book is Anne’s relationship with her husband Gustav, incapacitated following a series of strokes, the first of which occurred when Sigrid was young. Gustav is now in a nursing home needing round the clock care. It was also interesting to see Anne reflect on the way her diagnosis has changed her role within the family. It seems to her a curious role reversal that Sigrid and Magnus (Anne’s son) are now organizing between themselves who will look after her following her operation and treatment.

The fact that Sigrid is a doctor (a General Practitioner) provides another fascinating angle to the story. Being more aware than most of the likely outcome of her mother’s illness only seems to increase Sigrid’s sense of powerlessness. At the same time, it brings to the surface memories of her childhood when her mother’s attention was on her father not her. Whether justified or not, the forgotten birthdays, unprepared packed lunches and unlaundered school uniforms have left Sigrid with a lifelong feeling of abandonment, betrayal even. This is possibly why Sigrid invests so much of her professional time in one of her patients, a troubled young woman named Frida.

As her illness progresses, Anne’s focus becomes all about leaving behind good memories for others, things that will make her family remember her with affection. It’s partly this that provokes the trip to France, a place Anne had always planned to visit with Gustav, although I didn’t find it quite the pivotal event the blurb suggests.

One Last Time explores the unexpected events that can bring chaos and confusion to a family, exposing pre-existing strains but also potentially providing the opportunity for the healing of old wounds. It’s a powerful and emotional story told with a deft touch. 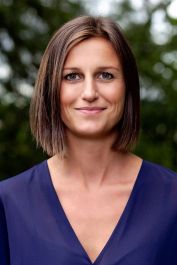 Helga Flatland is already one of Norway’s most awarded and widely read authors. Born in Telemark, Norway, in 1984, she made her literary debut in 2010 with the novel Stay If You Can, Leave If You Must, for which she was awarded the Tarjei Vesaas’ First Book Prize. She has written four novels and a children’s book and has won several other literary awards. Her fifth novel, A Modern Family (her first English translation), was published to wide acclaim in Norway in August 2017, and was a number-one bestseller. The rights have subsequently been sold across Europe and the novel has sold more than 100,000 copies. One Last Time was published in Norway in 2020, where it topped the bestseller lists, and was shortlisted for the Norwegian Booksellers Award.

Rosie Hedger was born in Scotland and completed her MA (Hons) in Scandinavian Studies at the University of Edinburgh, where she graduated with a distinction in Norwegian. Rosie spent a year at the University of Oslo, taking courses in Norwegian language and literature and researching for her dissertation on contemporary Norwegian fiction. Since completing her studies, Rosie has also lived in Sweden and Denmark, and is now based in the UK. 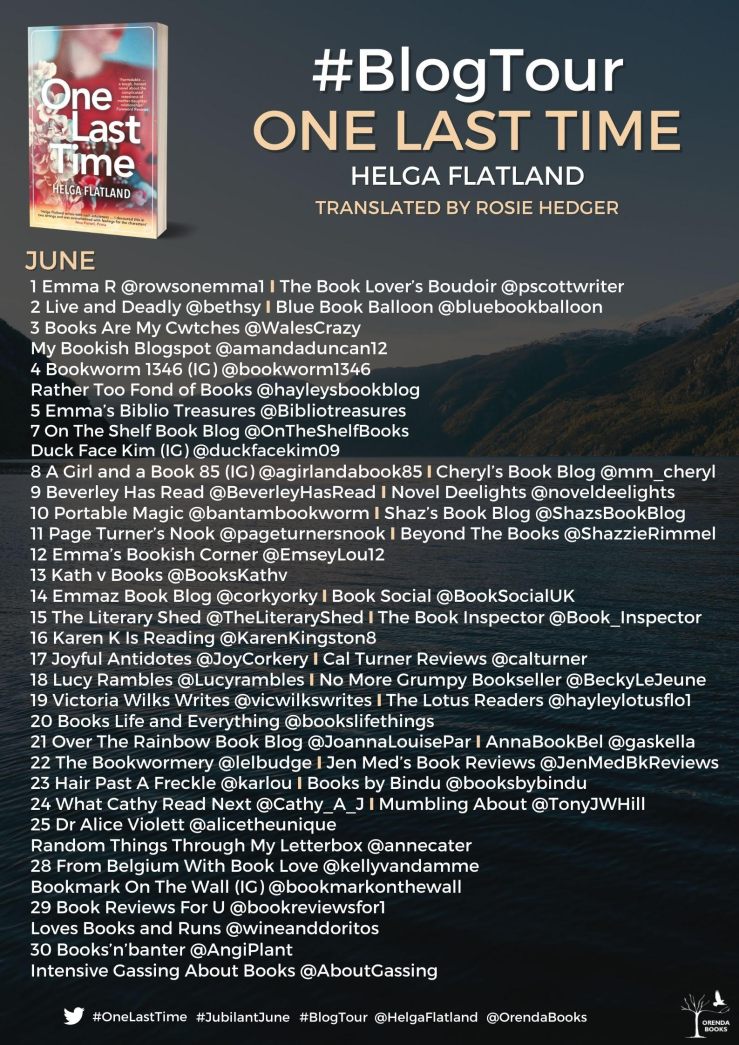