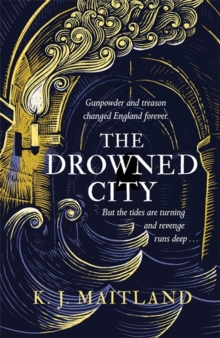 1606. A year to the day that men were executed for conspiring to blow up Parliament, a towering wave devastates the Bristol Channel. Some proclaim God’s vengeance. Others seek to take advantage.

In London, Daniel Pursglove lies in prison waiting to die. But Charles FitzAlan, close adviser to King James I, has a job in mind that will free a man of Daniel’s skill from the horrors of Newgate. If he succeeds.

For Bristol is a hotbed of Catholic spies, and where better for the lone conspirator who evaded arrest, one Spero Pettingar, to gather allies than in the chaos of a drowned city? Daniel journeys there to investigate FitzAlan’s lead, but soon finds himself at the heart of a dark Jesuit conspiracy – and in pursuit of a killer.

Find The Drowned City on Goodreads

The author has created an interesting character in Daniel Pursglove. I liked the way small details about his often troubled past were dropped in now and again, laying the groundwork for future books. I also liked that the book was set in Bristol – the ‘drowned city’ of the title – not only because it made a change from the oft-used setting of London but also because it made sense from the point of view of the plot.

The writing was of the quality I’ve come to expect from other books I’ve read by the author, most recently A Gathering of Ghosts. Some episodes that particularly stood out were the dramatic prologue, a scene in which a Protestant mob attacks the house of a cordwainer and his family, and the New Year’s Eve masque.

Like any good hero, Daniel has some narrow escapes from those out to stop him achieving his mission.  This includes an adversary from his younger days. However, he always miraculously manages to turn up safely in his bed at his lodgings in the Salt Cat tavern. He also acquires a useful helper along the way whose knowledge of the city and ability to pass unnoticed aids Daniel’s intelligence gathering efforts as he seeks to carry out his mission but also determine if there is any connection between it and a series of murders.

No historical novel set in the period is complete without an appearance by one of the Cecil family; in this case it’s Robert Cecil. I actually felt some sympathy for him having to deal with the petulant and easily influenced King James I the author presents in the book. Although, with the discovery of the Gunpowder Plot still within recent memory, perhaps the King can be forgiven for imagining assassins at every turn and being concerned that one of the conspirators may still be at large. (I confess that until I read the historical notes at the end of the book I hadn’t realised Spero Pettingar was a real historical figure. For much of the book, I was convinced his name was an anagram!) And there are still adherents of Catholicism to be dealt with as well as the Jacobean equivalent of fake news, spread via illicitly printed pamphlets or ‘broadsides’. As Cecil warns the King, “Sire, even a superstition, if it takes hold of the imagination of the people, can be as powerful a weapon as any truth.” Indeed.

The Drowned City has all the ingredients to make an absorbing historical thriller although at certain points I found it on the slow side. However, it certainly picked up pace towards the end. As Daniel confides, ‘The art of legerdemain is to make the audience look in the wrong place’. In my case the author didn’t quite manage that when it came to the identity of the culprit whom I’d had my suspicions about for a few chapters, but I found enough to enjoy in The Drowned City to make me look out for future books in the series.

I received an advance review copy courtesy of Headline via NetGalley.

Try something similar: The Angel’s Mark by S. W. Perry 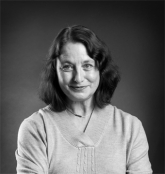 Karen Maitland (writing as K. J. Maitland) is an historical novelist, lecturer and teacher of Creative Writing, with over twenty books to her name. She grew up in Malta, which inspired her passion for history, and travelled and worked all over the world before settling in the United Kingdom. She has a doctorate in psycholinguistics, and now lives on the edge of Dartmoor in Devon. (Photo/bio credit: Publisher author page)