England in 1572 is a powder keg of rumour, fanaticism, treachery and dissent. All it would take is a single spark…

In the England of Elizabeth I, the fear of plague and invasion, and the threat of insurrection are constant. As the Earl of Leicester’s chief intelligencer, lawyer Dr. Christopher Radcliff is tasked with investigating rumours of treachery at home and the papist threat from abroad. And with heresy and religious unrest simmering beneath the surface of a country on the brink, Radcliff is under pressure to get results.

Then two brutal and seemingly motiveless killings alert Radcliff to the whisper of a new plot against the queen. There are few clues, and all he and his network of agents have to go on is a single word: Incendium. But what does it mean – and who lies behind it? Christopher Radcliff must find out before it’s too late…

I’m too ashamed to check exactly how long The Incendium Plot has been sitting on my bookshelf since the author kindly sent me a review copy but I know for certain it’s way too long. However, I hope this and my previous enthusiastic review of another of his books, Beautiful Star & Other Stories, will help earn me his forgiveness.

The Incendium Plot is the first in a series of historical thrillers featuring academic, lawyer and “intelligencer”, Dr. Christopher Radcliff. It’s set during the same turbulent period of Elizabeth I’s reign that has proved such fertile ground for authors of historical crime mysteries such as C J Sansom and S J Parris.

The author occasionally tantalizes the reader with glimpses into Christopher’s back story, such as the circumstances which led to him becoming a ‘convicted felon’, the reason for his extreme reluctance to go anywhere near a prison, how his relationship with widow, Katherine Allington, came about, and why she continues to refuse his offer of marriage. These details make the book feel much less like a first instalment and more like an established series, but still one with lots of secrets about the characters to be revealed.

In his role as intelligencer to the Earl of Leicester, Christopher has gathered together a varied network of informers including a bookseller, a prostitute and a Jewish goldsmith.  However, it can be a risky business as some of them will find out. And life in the ‘the whispering world’ of the Elizabethan court seems to be no less hazardous with rivalry amongst advisors for preferment and the ear of the Queen. As the Earl warns Christopher, it is a ‘nest of vipers’. Although perhaps the vipers are lurking nearer the Earl than he might expect?

Dispatched to Paris on the orders of the Earl, Christopher arrives in time to witness the dreadful events of the St. Bartholomew’s Day massacre.  He is forced to make a breathless escape from Paris but not before he has encountered Sir Francis Walsingham, without an appearance by whom surely no Elizabethan historical mystery would be complete. (There is also a walk-on part for Sir Philip Sidney, brother of Mary Sidney, the leading character in Naomi Miller’s recent historical novel, Imperfect Alchemist.).

Christopher returns to a London fearful of a Spanish invasion and that the fires of hatred between Catholic and Protestants ignited in France will spread across the Channel to England. The memories of the dreadful scenes he witnessed in Paris will return to haunt him whenever he is confronted with cruelty or violence. Unfortunately for him, this becomes a regular occurrence as his investigations continue into the two killings and their possible connection with a  plot to overthrow the Queen.  Against his better judgment and in response to her determined questioning, Christopher finally confides in Katherine.  ‘There are bad things happening. Fires and plots and killing.  They must be stopped.’ But will he succeed?

The plot moves at a brisk pace with plenty of twists and turns.  Along the way, the author provides useful brief recaps in case, like Christopher himself, you’ve come to wonder just exactly what’s going on and how all the various threads will be woven together to reveal the full picture.

With its tightly-constructed plot and vivid period detail, The Incendium Plot will appeal to fans of historical mysteries looking for a new series to follow. A second book in the series, Chaos, was published in hardcover and ebook format in August 2020 and will be published in paperback on 1st July 2021. 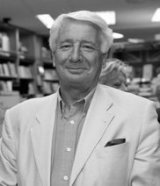 Andrew Swanston read Law at Cambridge but was inspired to write by his lifelong interest in early modern history. His Thomas Hill novels – The King’s Spy, The King’s Exile and The King’s Return – are set against the backdrop of the English Civil War, Cromwell’s Commonwealth and the early Restoration respectively. He is also author of Waterloo: The Bravest Man. Andrew lives in Surrey. (Photo credit: Goodreads author page)

One thought on “#BookReview The Incendium Plot (Christopher Radcliff, #1) by A. D. Swanston @TransworldBooks”