I’m delighted to welcome best-selling author Philip K. Allan to What Cathy Read Next today. Philip’s latest novel, Sea of Wolves, was published on Tuesday 15th September 2020. Set during World War 2, I’m delighted to bring you a fascinating guest post in which Philip reveals the historical facts that inspired the book. It also contains a mention of one of my favourite war films.

1941 and the fate of the world hangs in the balance. Across the stormy North Atlantic battle rages between wolf packs of U-boats and escort ships fighting to protect the Allies’ vital convoys. Meanwhile teams of code-breakers at Bletchley Park struggle to penetrate the German Navy’s top-secret Dolphin code, and unlock the flow of vital intelligence that will swing the battle in the Allies’ favour.

Sea of Wolves plots the lives of three people caught up in the centre of the battle. Vera Baldwin, a young crossword enthusiast, lifted from her quiet suburban life and thrown into the middle of the greatest code-breaking effort the world has seen. Otto Stuckmann, the rookie commander of U70, a German naval veteran struggling with the ceaseless demands being placed on him. Leonard Cole, the newly appointed first lieutenant of HMS Protea and a man with unfinished business to resolve.

Each is unknown to the others as their fates spiral around each other, touching and twisting towards a final encounter that will change their lives forever.

Find Sea of Wolves on Goodreads

Guest Post: The Battle of the Atlantic by Philip K. Allan

I am known as an author of nautical fiction set in the Royal Navy of Nelson’s time, but after the publication of the eighth book in my Alexander Clay series, I felt the need to try something fresh. My main love is the sea, so my writing needed to contain this element, and I have long felt drawn to the Battle of the Atlantic in World War 2.

This was the longest and hardest campaign of the war. German U-boats were on station there from the day Poland was invaded until the day Germany surrendered, locked in battle with Allied escort ships trying to shepherd their vital convoys of merchantmen through to safety, often in appalling weather. 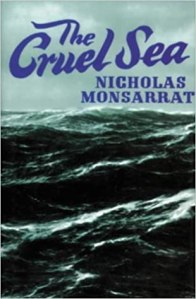 It was also the only theatre where the whole war could be won or lost, and both sides knew it. About 3,500 Allied ships were sunk, almost two for each day of the war, and over thirty thousand merchant sailors were killed. The German navy lost 783 U-boats and twenty-seven thousand crew, which was three-quarters of the men who served. This rate of fatalities was the greatest of any service in any armed force in the Second World War. Yet it is a campaign that has been largely ignored by historical fiction, with the honourable exception of Nicholas Monserrat’s The Cruel Sea and C.S. Forrester’s The Good Shepherd (both published over sixty years ago). A fresh novel was long overdue, I concluded.

Sea of Wolves follows the lives of three individuals caught up in the centre of the battle. Vera Baldwin, a codebreaker at Bletchley Park working on the German Naval Enigma codes, Otto Stuckmann a young U-boat commander and Leonard Cole, the newly appointed first lieutenant of the escort ship HMS Protea. Over a six-month period in 1941 we see the tide of battle ebb and flow across the ocean, as the three stories come together.  © Philip K. Allan 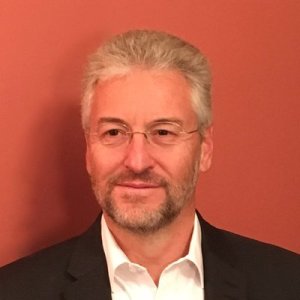 Philip K. Allan comes from Hertfordshire where he lives with his wife and two teenage daughters. He has an excellent knowledge of ships and the sea. He studied naval history as part of his history degree at London University, which awoke a lifelong passion. A longstanding member of the Society for Nautical Research, he is also a keen sailor and writes for the US Naval Institute’s magazine Naval History.

He is author of the Alexander Clay series of naval fiction. The first book in the series, The Captain’s Nephew, was published in January 2018, and immediately went into the Amazon top 100 bestseller list for Sea Adventures. The sequel, A Sloop of War, was published in March 2018, and was similarly well received, winning the Discovered Diamonds Book of the Month. He has since published six further books in the series, as well as Sea of Wolves.