Two books for blog tours and my Buchan of the Month. 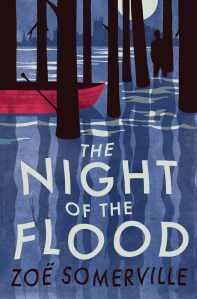 The Night of the Flood by Zoë Somerville

Summer, 1952. Verity Frost, stranded on her family farm on the Norfolk coast, is caught between two worlds: the devotion of her childhood friend Arthur, just returned from National Service, and a strange new desire to escape it all. Arthur longs to escape too, but only with Verity by his side.

Into their world steps Jack, a charismatic American pilot flying secret reconnaissance missions off the North Sea coast. But where Verity sees adventure and glamour, Arthur sees only deception. As the water levels rise to breaking point, this tangled web of secrets, lies and passion will bring about a crime that will change all their lives.

Taking the epic real-life North Sea flood as its focus, The Night of the Flood is at once a passionate love story, an atmospheric thriller, and a portrait of a distinctive place in a time of radical social change.

A Prince of the Captivity by John Buchan

Adam Melfort is an officer and a gentleman with a brilliant career ahead of him until he is imprisoned for a crime he did not commit.

Afterwards, he embarks on daring missions in the service of his country including espionage and dangerous work behind enemy lines in World War One. 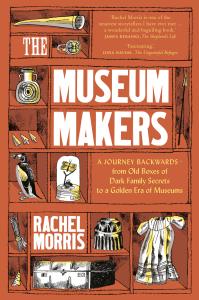 The Museum Makers by Rachel Morris

Museum expert Rachel Morris had been ignoring the boxes of family belongings for decades.

When she finally opened them, an entire bohemian family history was laid bare. The experience was revelatory – searching for her absent father in the archives of the Tate; understanding the loss and longings of the grandmother who raised her – and transported her back to the museums that had enriched her lonely childhood.

By teasing out the stories of those early museum makers, and the unsung daughters and wives behind them, and seeing the same passions and mistakes reflected in her own family, Morris digs deep into the human instinct for collection and curation.

The Music Shop by Rachel Joyce

The Night of Shooting Stars (Martin Bora #7) by Ben Pastor

The Bitch by Pilar Quintana 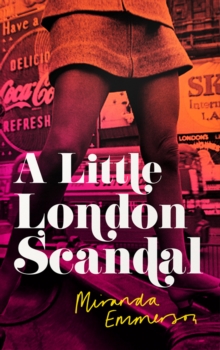 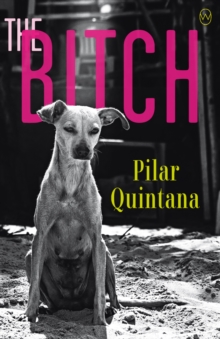 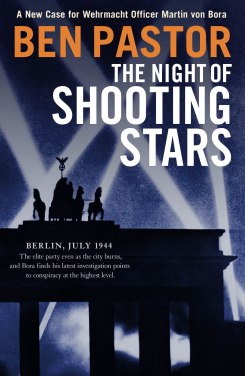 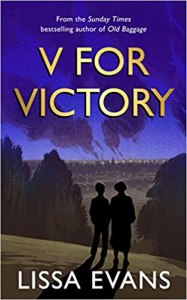 V For Victory by Lissa Evans

It’s late 1944. Hitler’s rockets are slamming down on London with vicious regularity and it’s the coldest winter in living memory. Allied victory is on its way, but it’s bloody well dragging its feet.

In a large house next to Hampstead Heath, Vee Sedge is just about scraping by, with a herd of lodgers to feed, and her young charge Noel ( almost fifteen ) to clothe and educate. When she witnesses a road accident and finds herself in court, the repercussions are both unexpectedly marvellous and potentially disastrous – disastrous because Vee is not actually the person she’s pretending to be, and neither is Noel.

The end of the war won’t just mean peace, but discovery…