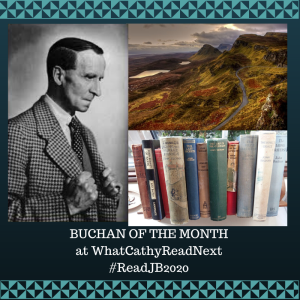 My Buchan of the Month for July is The Gap in the Curtain, John Buchan’s only full-length novel with a supernatural element. Written between March 1930 and February 1931, it was published in the UK by Hodder & Stoughton on 7th July 1932 and in the US by The Riverside Press on 27th July 1932. The book is dedicated to his friends, Sybil and Lambert Middleton.

Featuring Sir Edward Leithen as narrator, the book is a series of interconnected stories in which a group of guests at a country house party are each given a glimpse of the future by way of an item in The Times dated a year hence. The guests, who include a politician and a financier, react in different ways to the foreknowledge they are granted.

Buchan scholar, David Daniell describes The Gap in the Curtain as a ‘satirical’ book in which Buchan takes aim at the world of international finance and politics. Ursula Buchan, the author’s granddaughter and his latest biographer, suggests the “brilliant, lengthy and disillusioned description of British politics at that time” reflects Buchan’s own experiences as a Member of Parliament.

Andrew Lownie feels that, although the idea of being able to look into the future was not new, Buchan was able to give it a new spin. He also finds it significant that the action of the book takes place at Easter citing its exploration of the redemptive power of love, the nature of Free Will and the concept of predestination.

The book received some warm reviews upon publication, notably from J.B. Priestley who praised Buchan’s “gallant versatility” and recommended it as a book that could be read “with excitement and profit”. Janet Adam Smith, Buchan’s first biographer, reports that The Gap in the Curtain had sold 78,000 copies up to 1960. Look out for my review of the book later this month.

Handheld Press will be publishing a new edition of The Gap in the Curtain in October 2021, available for pre-order now from their website. Pre-orders will be posted as soon as the book is received from the printer which is likely to be two to three months ahead of the publication date. 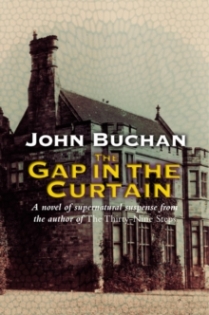 One thought on “Buchan of the Month: Introducing… The Gap in the Curtain by John Buchan”