The 5th Century BC. The Greek city-states are engaged in perpetual war. But one man towers above the chaos. His name is Alkibiades. He is at once a pirate, statesman and seducer whose adventures rival those of Odysseus himself.

Citizen of Athens, friend of Socrates, sailor, warrior and inveterate lover, Alkibiades flees persecution in his native city to join the Spartan cause.

However, his brilliant naval and diplomatic victories on their behalf do not save him from the consequences of impregnating the Spartan queen, and once more he takes up the outcast’s mantle.

Find The Flowers of Adonis on Goodreads

The Flowers of Adonis is the book from my Classics Club list chosen for me in the latest Classics Club Spin.  Having devoured Rosemary Sutcliff’s books, such as The Eagle of the Ninth, when I was younger I was delighted when the spin result was announced.  The book also fulfils one of the categories for the When Are You Reading? Challenge 2020hosted by Sam at Taking on a World of Words.

The Flower of Adonis is a fictionalized account of the life of Alkibiades, an Athenian General. In her Author’s note Rosemary Sutcliff describes her protagonist as “an enigma”, going on to remark, “Even allowing that no man is all black and white, few men can ever have been more wildly and magnificently piebald”. Well, that’s one way to put it!

I know some readers have struggled with the multiple narrators and the frequent switching between them, sometimes within the same chapter. Personally, I didn’t find that any barrier to my enjoyment of the book. In fact, I felt it helped to provide insights into the different facets of Alkibiades’ character whether from the point of view of those who were his close companions, those who served with him in a military capacity or those who knew him only as a public figure. What did slightly grate for me was that the narrators continued to be referred to in the section headings by their occupations or status – The Soldier, The Seaman, The Citizen, and so on – even after the reader learns the names of the main ones (Arkadius, Antiochus and Timotheus respectively). I appreciate this may have been an editorial decision for consistency or perhaps it was to emphasise their role as representatives of different strands of society.

I found myself most uncomfortable with the way the sections from the point of view of Timandra, the slave girl who becomes the long-time companion of Alkibiades, are headed ‘The Whore’. Perhaps it’s because I found those sections the most affecting that it rankled so much. If Timandra is ever a ‘whore’ it’s because she was captured and sold into slavery but she is always utterly faithful to Alkibiades. The same cannot be said of him. And as for his treatment of the Spartan Queen…!

The Alkibiades portrayed by Rosemary Sutcliff is indeed an enigmatic figure. He’s bold, resourceful, courageous in battle, a skilful negotiator and an accomplished tactician who inspires devotion in those who serve with him. He’s also mercurial, ruthless, impetuous, easily bored and possesses a supreme belief in his own ability. Of one bold plan, he observes, “It’s a gamble – a glorious gamble, but I can pull it off for you, and there’s not another man who can!”

With promises such as that, to begin with he is viewed as the saviour of an Athens desperate for a victory after a series of defeats. However, as we have seen in modern times, having the hopes of a population riding on you can be a heavy burden and the fall from grace if success is not delivered can be even swifter than the rise. As Timotheus observes sadly at the end of the book, ‘Something that was in Athens when I was a boy will not be there for my sons’. Or in the words of the song, “Don’t it always seem to go, That you don’t know what you’ve got, Till it’s gone’.

I’ll confess that much of the forming and breaking of alliances, the political intrigue and the conquest, loss and often re-conquest of cities and territory left me slightly confused. However, I enjoyed the exciting battle scenes and the wealth of fascinating historical detail about life at that time. Apart from Timandra, my favourite character was Antiochus, Alkibiades’ trusted and loyal right hand man. Alkibiades himself I found intriguing but difficult to like.

The Flowers of Adonis (the title refers to a religious celebration that features at the beginning of the book and is cleverly echoed at its moving ending) is an accomplished piece of historical fiction by a writer who knew how to bring the past alive. Reading the book reminded me I have Rosemary Sutcliff partly to thank for my enduring love of historical fiction.

Try something similar: The New Achilles by Christian Cameron 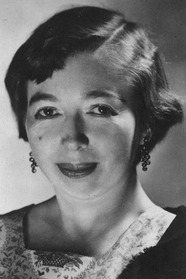 Rosemary Sutcliff (1920-1992) wrote dozens of books for young readers, including her award-winning Roman Britain trilogy, The Eagle of the Ninth, The Silver Branch, and The Lantern Bearers, which won the Carnegie Medal. The Eagle of the Ninth is now a major motion picture, The Eagle, directed by Kevin MacDonald and starring Channing Tatum. Born in Surrey, Sutcliff spent her childhood in Malta and on various other naval bases where her father was stationed. At a young age, she contracted Still’s Disease, which confined her to a wheelchair for most of her life. Shortly before her death, she was named Commander of the British Empire (CBE) one of Britain’s most prestigious honours. She died in West Sussex, England, in 1992.