A book for a blog tour and an ARC.

In the grey mist of the early morning a body is dumped on the shore of the Thames by a boatman in a metal canoe. The city is soon alive with talk of the savage Esquimaux stalking Victorian London and an eye witness who claims the killer had an accomplice: a tall woman dressed in widow’s weeds, with the telltale look of the degenerate Irish.

Branna ‘Birdie’ Quinn had no good reason to be by the river that morning, but she did not kill the man. She’d seen him first the day before, desperate to give her a message she refused to hear. And now the Filth will see her hang for his murder, just like her father.

To save her life, Birdie must trace the dead man’s footsteps. Back onto the ship that carried him to his death, back to cold isles of Orkney that sheltered him, and up to the far north, a harsh and lawless land which holds more answers than she looks to find… 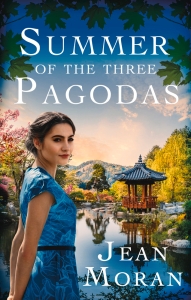 Summer of the Three Pagodas by Jean Moran (hardcover, courtesy of Head of Zeus)

A brilliantly exotic saga set in post-war Hong Kong and Korea, where Dr Rowena Rossiter longs to follow her heart, and her love, but the shadows of a violent past threaten to engulf her.

Hong Kong, 1950: Rowena’s daughter, conceived during the horrors of the Japanese invasion, is safely at boarding school. Her great love, Connor O’Connor, is by her side. But just as they begin planning a new life together, bad news comes. A female doctor is urgently needed in Seoul. The powers that be would like Rowena to go. At first she plans to refuse—until rumors begin to swirl that the sinister, beautiful man who held her captive during the war, may still be alive and looking for her. Korea on the brink of war seems safer by comparison. Except, that of course, it isn’t. 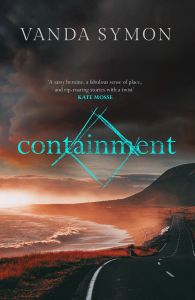 Chaos reigns in the sleepy village of Aramoana on the New Zealand coast, when a series of shipping containers wash up on the beach and looting begins.

Detective Constable Sam Shephard experiences the desperation of the scavengers first-hand, and ends up in an ambulance, nursing her wounds and puzzling over an assault that left her assailant for dead. What appears to be a clear-cut case of a cargo ship running aground soon takes a more sinister turn when a skull is found in the sand, and the body of a diver is pulled from the sea . . . a diver who didn’t die of drowning.

As first officer at the scene, Sam is handed the case, much to the displeasure of her superiors, and she must put together an increasingly confusing series of clues to get to the bottom of a mystery that may still have more victims. (Review to follow 22nd March as part of blog tour)

Three Friends… Growing up together around Winston Churchill’s estate in Westerham, Kent, Frank, Florence and Hilda are inseparable. But as WW2 casts its menacing shadow, friendships between the three grow complex, and Frank – now employed as Churchill’s bricklayer – makes choices that will haunt him beyond the grave, impacting his grandson’s life too.

Two Secrets …Shortly after Frank’s death in 2002, Florence writes to Richard, Frank’s grandson, hinting at the darkness hidden within his family. On investigation, disturbing secrets come to light, including a pivotal encounter between Frank and Churchill during the war and the existence of a mysterious relative in a psychiatric hospital.

​One Hidden Life … How much more does Florence dare reveal about Frank – and herself – and is Richard ready to hear?