The Woman With Wings by James MacManus (eARC, courtesy of Endeavour Quill)

Alison Spedding is a loner; no real friends, no boyfriend and a job in which she goes unnoticed. At thirty-two, her only passion is birdwatching.

One afternoon, high on a Scottish mountain, earnestly waiting for the rarest of sights – a white tailed eagle returning to its nest – she slips, falling silently. In shock, her fellow twitchers return to the hostel to raise the alarm, heavy with the realisation that she must be dead. What they find shocks them even more. Alison is already there, alive and unscathed…

Further similar episodes cause Alison’s grip on reality to slip, her mind spiralling towards breaking point. In her dreams she sees a huge shadow on the ground, as if there was a creature above her, a creature with huge wings…

Her infatuated colleague Jed is concerned. Can he intervene before Alison finally loses control? 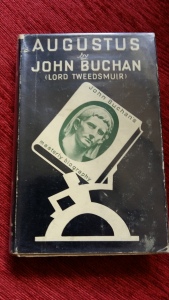 In 27 BC, out of the carnage of two civil wars, one man emerged to rule absolutely the Roman world. This man was Octavian, the adopted son of Julius Caesar, and he was perhaps the least likely candidate to return stability to the Republic.

But by AD 14 Octavian had established peace over an empire that stretched from the shores of Britain to Anatolia. Power, prosperity and propaganda had seen him renamed as Augustus, ‘The Divinely Favoured One.’ He had become a God, and had changed the face of the Republic forever.

Amy Kellogg is not having a pleasant vacation in Mexico. She’s been arguing nonstop with her friend and traveling companion, Wilma, and she wants nothing more than to go home to California. But their holiday takes a nightmarish turn when Wilma is found dead on the street below their room-an apparent suicide.

Rupert Kellogg has just returned from seeing his wife Amy through the difficulties surrounding the apparent suicide of her friend in Mexico. But Rupert is returning alone-which worries Amy’s brother. Amy was traumatized by the suicide, Rupert explains, and has taken a holiday in New York City to settle her nerves. But as gone girl Amy’s absence drags on for weeks and then months, the sense of unease among her family changes to suspicion and eventual allegations. (Review to follow) 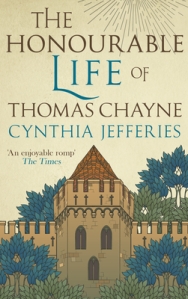 The Honourable Life of Thomas Chayne by Cynthia Jefferies (eARC, courtesy of Allison & Busby and NetGalley)

Thomas Chayne has never managed to impress his overbearing father, and when a small act of rebellion has lasting consequences, Thomas finds himself exiled in disgrace. But with England on the brink of civil war, a larger revolution is in the air and Thomas has an opportunity to prove his worth by rallying a troop of royalists to defend Oxford from the escalating violence. But he soon faces an impossible choice between honouring his family and his loyalty to the crown… (Review to follow) 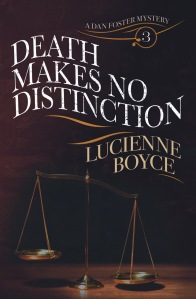 Frustrated by the chief magistrate’s demand that he drop his investigation into the death of the unknown beggar woman, found savagely raped and beaten and left to die in the outhouse of a Holborn tavern, Dan is determined to get to the bottom of both murders. But as his enquiries take him into both the richest and the foulest places in London, and Townsend’s real reason for requesting his help gradually becomes clear, Dan is forced to face a shocking new reality when the people he loves are targeted by a shadowy and merciless adversary.

The investigation has suddenly got personal. (Review to follow as part of blog tour) 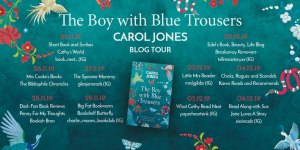 The Boy With Blue Trousers by Carol Jones (ebook, courtesy of Head of Zeus)

On the goldfields of 19th-century Australia, two very different girls are trying to escape their past.

1856, China. In the mulberry groves of the Pearl River Delta, eighteen-year-old Little Cat carries a terrible secret. And so, in disguise as a boy in blue trousers, she makes the long and difficult passage to Australia, a faraway land of untold riches where it is said the rivers run with gold.

1857, Australia. Violet Hartley has arrived off the boat from England, fleeing scandal back home. Like the Chinese immigrants seeking their fortunes on the goldfields, Violet is seduced by the promise of a new frontier. Then she meets Little Cat, a woman who, like her, is trying to escape her past.

As their fates inextricably, devastatingly entwine, their story becomes one of freedom, violence, love and vengeance, echoing across the landscapes of two great continents.