I’m enjoying listening to Chanel’s Riviera with its picture of sun-drenched glamorous hedonism and cast of famous faces. Regular followers of my blog will be delighted to see The Mathematical Bridge has finally made it from the ‘Currently Reading’ to the ‘Recently Finished’ category! Review coming soon. 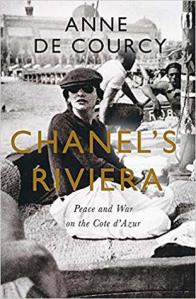 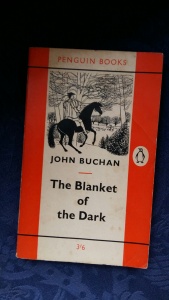 The Blanket of the Dark by John Buchan (paperback)

The period is the Pilgrimage of Grace. In the country west of Oxford, nobles, clergy and laity await the success of the risings in Lincolnshire and Yorkshire to overthrow Henry VIII and Cromwell.

Peter Pentecost is the man they plan to put on the English throne. Although a monk by training, he is the legitimate child of the Duke of Buckingham and the last of the Bohuns. His bid to be crowned and his duel with Henry VIII make for an exciting adventure. 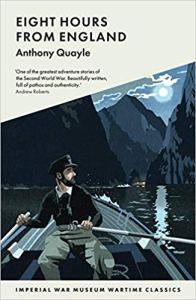 Autumn 1943. Realising that his feelings for his sweetheart are not reciprocated, Major John Overton accepts a posting behind enemy lines in Nazi-occupied Albania.  Arriving to find the situation in disarray, he attempts to overcome geographical challenges and political intrigues to set up a new camp in the mountains overlooking the Adriatic.

As he struggles to complete his mission amidst a chaotic backdrop, Overton is left to ruminate on loyalty, comradeship and his own future.

Based on Anthony Quayle’s own wartime experiences with the Special Operations Executive (SOE), this new edition of a 1945 classic includes a contextual introduction from IWM which sheds new light on the fascinating true events that inspired its author.

Cornwall, 1845. Shilly has always felt a connection to happenings that are not of this world, a talent that has proved invaluable when investigating dark deeds with master of disguise, Anna Drake. The women opened a detective agency with help from their newest member and investor, Mathilda, but six long months have passed without a single case to solve and tensions are growing.

It is almost a relief when a man is found dead along the Morwenstow coast and the agency is sought out to investigate. There are suspicions that wreckers plague the shores, luring ships to their ruin with false lights – though nothing has ever been proved. Yet with the local talk of sirens calling victims to the sea to meet their end, could something other-worldly be responsible for the man’s death? 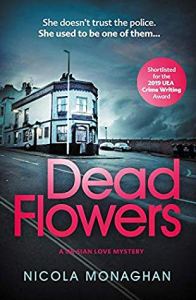 She doesn’t trust the police. She used to be one of them.

Hardened by ten years on the murder squad, DNA analyst Doctor Sian Love has seen it all. So when she finds human remains in the basement of her new home, she knows the drill. Except this time it’s different. This time, it’s personal…

A page-turning cold case investigation, Dead Flowers is an intriguing, multi-layered story perfect for fans of Kate Atkinson’s Case Histories and British crime dramas like Line of Duty and Unforgotten. Shortlisted for the UEA Crime Fiction Award 2019. (Review to follow as part of blog tour)

Cambridge, 1940. It is the first winter of the war, and snow is falling. When an evacuee drowns in the river, his body swept away, Detective Inspector Eden Brooke sets out to investigate what seems to be a deliberate attack. The following night, a local electronics factory is attacked, and an Irish republican slogan is left at the scene. The IRA are campaigning to win freedom for Ulster, but why has Cambridge been chosen as a target?

And when Brooke learns that the drowned boy was part of the close-knit local Irish Catholic community, he begins to question whether there may be a connection between the boy’s death and the attack at the factory. As more riddles come to light, can Brooke solve the mystery before a second attack claims a famous victim? (Review to follow)

Fleetwood Shuttleworth is 17 years old, married, and pregnant for the fourth time. But as the mistress at Gawthorpe Hall, she still has no living child, and her husband Richard is anxious for an heir. When Fleetwood finds a letter she isn¹t supposed to read from the doctor who delivered her third stillbirth, she is dealt the crushing blow that she will not survive another pregnancy.

When she crosses paths by chance with Alice Gray, a young midwife, Alice promises to help her give birth to a healthy baby, and to prove the physician wrong. When Alice is drawn into the witchcraft accusations that are sweeping the North-West, Fleetwood risks everything by trying to help her. But is there more to Alice than meets the eye?

As the two women’s lives become inextricably bound together, the legendary trial at Lancaster approaches, and Fleetwood’s stomach continues to grow. Time is running out, and both their lives are at stake.

Only they know the truth. Only they can save each other.   (Review to follow) 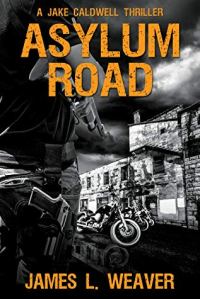 Nearly two years ago, former mafia leg-breaker Jake Caldwell had ruthless drug lord Shane Langston staring down the wrong end of Jake’s pistol. Instead of pulling the trigger like he should have, Jake let the law handle it.

Now Langston’s escaped from a Missouri maximum security prison with a deadly goal – kill the men who put him there. With Langston’s crosshairs focused on Jake and his best friend, Sheriff Bear Parley, the duo must scramble to protect those they love and stop Langston’s bloody quest for vengeance.

As the hunt for Langston intensifies, Jake and Bear stumble upon a hard-nosed gang of bikers with their claws deep in murder, meth, guns and sex trafficking. Teaming up with some new allies to unravel the mystery and nail Langston, Jake finds himself caught up in a game of cat and mouse with some seriously deadly consequences.