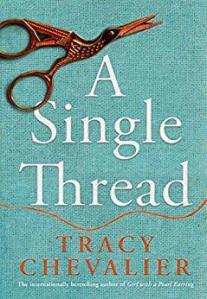 A Single Thread by Tracy Chevalier (eARC, courtesy of Harper Collins and NetGalley)
It is 1932, and the losses of the First World War are still keenly felt. Violet Speedwell, mourning for both her fiancé and her brother and regarded by society as a ‘surplus woman’ unlikely to marry, resolves to escape her suffocating mother and strike out alone.

A new life awaits her in Winchester. Yes, it is one of draughty boarding-houses and sidelong glances at her naked ring finger from younger colleagues; but it is also a life gleaming with independence and opportunity. Violet falls in with the broderers, a disparate group of women charged with embroidering kneelers for the Cathedral, and is soon entwined in their lives and their secrets. As the almost unthinkable threat of a second Great War appears on the horizon Violet collects a few secrets of her own that could just change everything…

Warm, vivid and beautifully orchestrated, A Single Thread reveals one of our finest modern writers at the peak of her powers.

The Mathematical Bridge by Jim Kelly (hardcover, review copy courtesy of Allison & Busby)
Cambridge, 1940. It is the first winter of the war, and snow is falling. When an evacuee drowns in the river, his body swept away, Detective Inspector Eden Brooke sets out to investigate what seems to be a deliberate attack. The following night, a local electronics factory is attacked, and an Irish republican slogan is left at the scene. The IRA are campaigning to win freedom for Ulster, but why has Cambridge been chosen as a target?

And when Brooke learns that the drowned boy was part of the close-knit local Irish Catholic community, he begins to question whether there may be a connection between the boy’s death and the attack at the factory. As more riddles come to light, can Brooke solve the mystery before a second attack claims a famous victim? 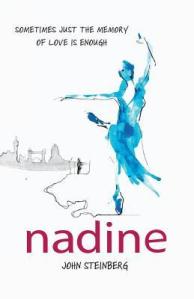 London 1972 – and Peter Greenberg is riding high. Thanks to his magic touch, every play he puts on in Theatreland is a hit and the money is rolling in. The young man’s empire feels secure – but then everything changes. One evening, he calls in to see a rival’s musical and falls head over heels in love.

The beautiful Paris-born dancer who catches his eye is Nadine – a major star in the making. Like Greenberg, the young dancer too is in love – but with someone else. The eternal triangle is complicated by the birth of a child, and by tragic secrets that go back before World War Two; slowly, those secrets reveal themselves in a drama that out-performs anything on the West End stage or Broadway.

Nadine is a poignant story of unrequited love, a love that will one day be returned – and in a most unexpected way…

The Courts of the Morning by John Buchan (hardcover)

South America is the setting for this adventure from the author of The Thirty-Nine Steps. When Archie and Janet Roylance decide to travel to the Gran Seco to see its copper mines they find themselves caught up in dreadful danger; rebels have seized the city. Janet is taken hostage in the middle of the night and it is up to the dashing Don Luis de Marzaniga to aid her rescue. (Review to follow) 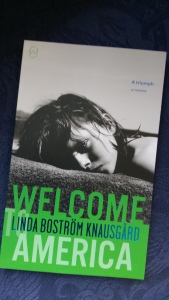 Ellen has stopped talking. She thinks she may have killed her dad. Her brother’s barricaded himself in his room. Their mother, a successful actress, carries on as normal. We’re a family of light! she insists. But darkness seeps in everywhere and in their separate worlds each of them longs for togetherness.

Welcome to America is an exquisite portrait of a sensitive, strong-willed child in the throes of trauma, a family on the brink of implosion, and the love that threatens to tear them apart. (Review to follow)

The Secrets We Kept by Lara Prescott (eARC, courtesy of Cornerstone)

At the height of the Cold War, two secretaries are pulled out of the typing pool at the CIA and given the assignment of a lifetime. Their mission: to smuggle Doctor Zhivago out of the USSR, where no one dare publish it, and help Pasternak’s magnum opus make its way into print around the world. Glamorous and sophisticated Sally Forrester is a seasoned spy who has honed her gift for deceit all over the world–using her magnetism and charm to pry secrets out of powerful men. Irina is a complete novice, and under Sally’s tutelage quickly learns how to blend in, make drops, and invisibly ferry classified documents.

The Secrets We Kept combines a legendary literary love story — the decades-long affair between Pasternak and his mistress and muse, Olga Ivinskaya, who was sent to the Gulag and inspired Zhivago’s heroine, Lara— with a narrative about two women empowered to lead lives of extraordinary intrigue and risk. From Pasternak’s country estate outside Moscow to the brutalities of the Gulag, from Washington, D.C. to Paris and Milan, The Secrets We Kept captures a watershed moment in the history of literature—told with soaring emotional intensity and captivating historical detail. And at the center of this unforgettable debut is the powerful belief that a piece of art can change the world.