I’m still reading Fake Like Me as part of the buddy read organised by the publishers.  Follow the discussion on Twitter every Monday evening using the hashtag #FakeLikeUs. The Runagates Club is my Buchan of the Month for July. 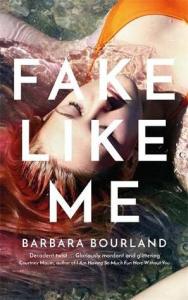 Fake Like Me by Barbara Bourland (paperback, review copy courtesy of rivverrun)

After a fire decimates her studio, including the seven billboard-size paintings for her next show, a young, no-name painter is left with an impossible task: recreate her art in three months-or ruin her fledgling career.

Homeless and desperate, she flees to an exclusive retreat in upstate New York famous for its outrageous revelries and glamorous artists. And notorious as the place where brilliant young artist Carey Logan-one of her idols-drowned in the lake.

But when she arrives, the retreat is a ghost of its former self. No one shares their work. No parties light up the deck. No one speaks of Carey, though her death haunts the cabins and the black lake, lurking beneath the surface like a shipwreck. As the young painter works obsessively in Carey’s former studio, uncovers strange secrets and starts to fall–hard and fast–for Carey’s mysterious boyfriend, it’s as if she’s taking her place.

But one thought shadows her every move: What really happened to Carey Logan?

These twelve stories are told by the old soldiers of the Runagates Club as they reminisce. Richard Hannay, hero of The Thirty-nine Steps, reappears recounting a trek into the bush in ‘The Green Wildebeest’. In ‘Dr Lartius’, John Palliser-Yeates describes an ingenious Secret Service operation during the First World War and a German code is finally broken in ‘The Loathly Opposite’.

The Secret Life of Alfred Nightingale by Rebecca Stonehill (ebook, courtesy of the author)

1967 – Handsome but troubled, Jim is almost 18 and he lives and breathes girls, trad. jazz, Eel Pie Island and his best friend, Charles. One night, he hears rumours of a community of young people living in caves in Matala, Crete. Determined to escape his odious, bully of a father and repressed mother, Jim hitchhikes through Europe down to Matala. At first, it’s the paradise he dreamt it would be. But as things start to go wrong and his very notion of self unravels, the last thing Jim expects is for this journey of hundreds of miles to set in motion a passage of healing which will lead him back to the person he hates most in the world: his father.

Taking in the counter-culture of the 1960’s, the clash of relationships between the WW2 generation and their children, the baby boomers, this is a novel about secrets from the past finally surfacing, the healing of trauma and the power of forgiveness. 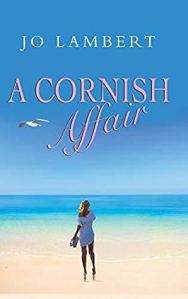 Even in your hometown, you can feel like an outsider…

In the close-knit community of Carrenporth in Cornwall everyone knows everyone else’s business. Luke Carrack is only too aware of this. He’s been away for two years but nothing has changed – from the town gossips who can’t see past the scandal of his childhood, to the cold way he is treated by some of his so-called family.

The only person who seems to understand is local hotelier’s daughter Cat Trevelyan, although even Luke’s new friendship with her could set tongues wagging.

Cambridge, 1940. It is the first winter of the war, and snow is falling. When an evacuee drowns in the river, his body swept away, Detective Inspector Eden Brooke sets out to investigate what seems to be a deliberate attack. The following night, a local electronics factory is attacked, and an Irish republican slogan is left at the scene. The IRA are campaigning to win freedom for Ulster, but why has Cambridge been chosen as a target? And when Brooke learns that the drowned boy was part of the close-knit local Irish Catholic community, he begins to question whether there may be a connection between the boy’s death and the attack at the factory. As more riddles come to light, can Brooke solve the mystery before a second attack claims a famous victim?

Detective Fabian Risk’s daughter is in a coma at Helsingborg hospital. It’s Risk’s fault for getting her involved in his last investigation – and the guilt is crippling.

A young Syrian refugee has been killed. It looks like a racist attack – but then more people die across Sweden and Denmark. There’s no link between any of the victims. Is this a serial killer who strikes at random?

In Denmark, Police Chief Astrid Tuvesson must abandon her AA program to lead the investigation. And in Sweden, Fabian Risk is called from his daughter’s bedside and forced back into service. But even with a united team, tracking a random killer is next to impossible…

HOW DO YOU CATCH A KILLER… WHO NEVER STRIKES THE SAME WAY TWICE?