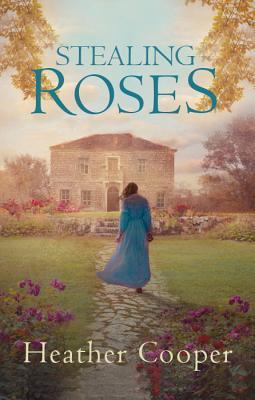 1862 – Growing up in the small seaside town of Cowes on the Isle of Wight, free-spirited Eveline Stanhope feels trapped by the weight of expectation from her well-to-do family. Her mother and two elder sisters would rather she focus her attention on marrying well, preferably to the wealthy Charles Sandham, but Eveline wants more for herself, and the arrival of the railway provides just the cause she’s been searching for.

Driven by the cherished memories of her late father, Eveline is keen to preserve the landscape he loved so much and becomes closely involved with the project. She forms a growing attachment to engineer Thomas Armitage. But when the railway is complete and Thomas moves on, will Eveline wish to return to the way things were?

Eveline Stanhope makes an engaging central character. She’s independent-minded, intelligent, bookish and has a little bit of a rebellious streak which makes the social expectations that seem to limit her life all the more galling. By the way, who couldn’t love a book in which Eveline, complaining about the confined nature of her existence, is told ‘Anyone who reads widely is a citizen of the world…’.

Slowly, with the grudging agreement of her mother and despite the somewhat aghast reaction of her married sisters, Eveline seeks to expand her horizons. With maid, Jenny, she learns to swim (suitably kitted out in full bathing dress, of course) and starts to study photography. However, it still seems her future is likely to follow the expected course of marriage and motherhood.

The candidate favoured by her mother is Charles Sandham – handsome, rich, charming and well-travelled. Is he too good to be true perhaps? Then there’s railway engineer, Thomas Armitage – a taciturn, plain-speaking Yorkshireman who’s definitely less of a catch as far as Eveline’s mother is concerned.

Initially, Eveline views the coming of the railway to the Isle of Wight as like ‘a monster invading their peaceful world’ so she and Thomas Armitage naturally clash at first. Over time, however, Eveline finds her antagonism to the railway waning as she starts to see the benefits it can bring and the opportunity it offers to exert her independence. As a fan of Michael Portillo’s railway journeys TV series, I was also thrilled to come across the sentence, ‘The Bradshaw timetable was consulted.’

The book offers a candid view of the inferior position of women at this time. Not just Eveline, but Aunt George, forced to make her home with her dead brother’s family or Miss Angell, former governess to the family, now relying on their charity for a roof over her head. Whereas the men are able to get up to all sorts of behaviour. Therefore, I really enjoyed the parts where Eveline starts to take charge. Such as persuading her mother that railway travel is ‘more modern’ and will set her apart from the snooty neighbours as a way of saving expenditure on a new carriage.

The book creates a great sense of the period, such as the descriptions of clothing and meals. ‘There were to be oysters, and fried sole, and red mullet; a shoulder of mutton, and a fricandeau of beef; and a haunch of venison…along with several brace of pheasant.’ It depicts a time of scientific and technological discovery existing alongside ‘Victorian values’ that still held sway when it came to the social order.

A wedding, a misunderstanding, a rapprochement, news of a happy event, romance under the stars and the possibility of a ‘different sort of freedom’ bring the book to a satisfying conclusion. I thoroughly enjoyed Stealing Roses and the ending left me thinking I would love to find out, to coin a phrase, what Eveline did next.

I received an uncorrected proof copy courtesy of publishers, Allison & Busby.  Thanks also to them for the lovely goodies that came with it, pictured right.

Heather Cooper grew up in the north of England and has fond memories corresponding with writers such as P. D. James and Seamus Heaney during her time working at Faber & Faber. She later worked for the National Trust and even for the NHS, but now lives on the Isle of Wight with her partner. (Photo credit: Allison & Busby author page)