It’s the first Saturday of the month so it’s time for 6 Degrees of Separation!

This month’s starting book is The Dry by Jane Harper. Click on the book titles to read the book description on Goodreads or my review.

The Dry (a book I haven’t read, although I have its sequel, Force of Nature, in my TBR pile) is a crime mystery set in an Australian farming community in the grip of a devastating drought.

Another book that has a drought at the forefront of the story is The Rain Never Came by Lachlan Walter.  With a distinctly dystopian feel, the book imagines that the long drought affecting Australia has resulted in a division of the country leaving a lawless, wild area that government forces have struggled to control.

Ecological disaster of a different kind is at the heart of Laline Paull’s The Ice.  The book is set in some near (but unfortunately all too believable) future in which global warming has resulted in the melting of the polar ice cap, making the Trans Polar Route for shipping an actuality rather than a future possibility (as at present).  When a dead body is revealed by the melting of a glacier, mystery ensues.

Laline Paull’s previous book, The Bees, also had an ecological theme.  Described as ‘The Handmaid’s Tale meets The Hunger Games’ it’s the story of Flora 717, a sanitation bee, considered only fit to clean her orchard hive who is nevertheless revealed to have talents not typical of others of her class.

The name ‘Flora’ made me think of the book, Flora Helvetica, that becomes the prized possession of Beth Lynch in her memoir, Where the Hornbeam Grows. Uprooted from her home in England and transplanted to Switzerland, the author finds herself initially without a garden to nurture. Described as being partly about ‘the limits of paradise in a peopled world’, the book makes frequent references to John Milton’s Paradise Lost.

Paradise Lost was one of the set texts I had to study for my MA in English from The Open University and at this point I must give a shout-out to that great actor, Anton Lesser, who narrated the unabridged audio version I listened to and who got me through it.

Robert Graves’s book Wife to Mr. Milton tells the story of the tragic and eventful life of Marie Powell, who, at the age of sixteen, was pushed into marrying the man who was England’s greatest epic poet – and knew it – the aforementioned John Milton. 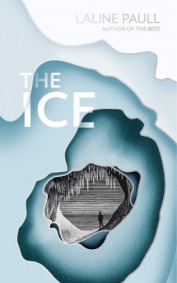 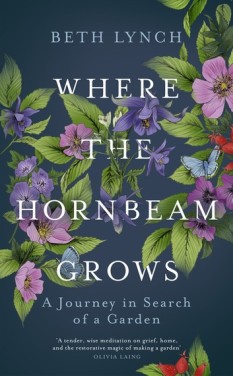 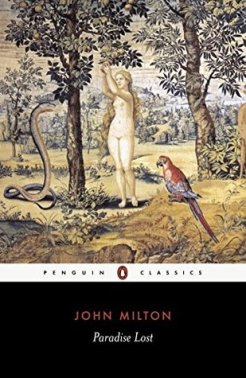 So in this month’s chain we’ve travelled from drought stricken Australia, via the Arctic, Switzerland and the Garden of Eden to 17th century England.  Where did your chain take you?

Next month’s starting book will be the winner of the 2109 Wellcome Prize, Murmur by Will Eaves.