It is 1938, and eighteen-year-old Sidney Chambers is dancing the quickstep with Amanda Kendall at her brother Robert’s birthday party at the Caledonia Club. No one can believe, on this golden evening, that there could ever be another war.

Returning to London from the war seven years later, Sidney has gained a Military Cross, and lost his best friend on the battlefields of Italy. The carefree youth that he and his friends were promised has been blown apart, just like the rest of the world – and Sidney, carrying a terrible, secret guilt, must decide what to do with the rest of his life. But Sidney has heard a call: constant, though quiet, and growing ever more persistent. To the incredulity of his family and the derision of his friends – the irrepressible actor Freddie, and the beautiful, spiky Amanda – Sidney must now negotiate his path to God: the course of which, much like true love, never runs smooth.

Find The Road to Grantchester on Goodreads

Structured in four parts – War, Peace, Faith and Love – The Road to Grantchester allows the author to explore and illuminate the back story of the Sidney Chambers readers will meet in the first book of the series, Sidney Chambers and the Shadow of Death.  Although I’d heard of The Grantchester Mysteries TV series,  I’d never actually watched any of the episodes (which having read The Road to Grantchester I’m now rather regretting).  Neither had I read any of the books on which the series is based but thankfully this prequel makes that unnecessary (although it’s now pretty likely I will read them in future). However, readers familiar with the books and/or the TV series will still find lots to enjoy about The Road to Grantchester, such as the first sight of characters who will appear in later books or spotting references to future events that I will have missed.

In the first part of the book, Sidney is exposed to the harsh realities of war as he is caught up in the brutal Battle of Monte Cassino.  Described in gritty and authentic detail, this part of the book will particularly appeal to fans of historical fiction set in World War 2. The death of his best friend, and the circumstances of that event, have a profound effect on Sidney and leave him struggling with his faith and with feelings of guilt.  Only the wise advice of army chaplain, Rev Nev, and Catherine, a nurse, persuade Sidney that, having survived the war against all expectations, he has a duty to use ‘the reward of peace’ wisely.

Back in London, Sidney still struggles to believe that he has a right to happiness or that he deserves the accolade of hero.  Gradually, the conviction grows that his vocation lies in the Church although this decision brings unexpected reactions from family and friends.  His father greets the news with surprise and bewilderment and Amanda, the sister of his best friend, Robert, regards it as a personal betrayal.  Only Sidney’s friend, Freddie responds with any degree of positivity.  As it transpires, Freddie will soon be grateful for Sidney’s support (and Sidney’s nascent deductive instincts) when Freddie is involved in a tragic event.

As Sidney commences his theological training, the reader gets lots of factual information about the process of ordination.  Assigned to the position of curate in war-damaged Coventry, Sidney gains experience of the pastoral duties of a priest, encountering social and moral issues in the manner of  Call the Midwife…but without the need to deliver babies.

The final section of the book explores the slightly spiky, quirky relationship between Sidney and Amanda.  Only readers of the later books or viewers of the series may know why Sidney puts up with Amanda’s at times hurtful, dismissive or downright accusatory comments but to me it just proved he clearly has the patience of a saint!  However, in a neat role reversal, she does finally become the recipient of his confession about the thing that has weighed on his conscience since the death of his best friend.

A spiritual element runs throughout the book.  Sidney’s sincere belief in God is conveyed clearly but the author manages to keep it just the right side of being ‘preachy’.  Rather than the reader feeling like they are on the receiving end of a sermon, it comes across as an authentic insight into Sidney’s character, values and principles.

The Road to Grantchester is the perfect example of a prequel to my mind.  For fans of the series, it provides more background on a character they have grown to love and an insight into the life experiences that have formed him.  For readers coming new to the series, it’s a useful sampler and, I suspect, the enticement they need to add the other books in the series to their wishlist.  I know I have.   It’s a terrific read and one which works equally well as a character study of a young man affected by his wartime experiences or as an introduction to a historical crime series.

I received an advance review copy courtesy of publishers, Bloomsbury, and NetGalley. 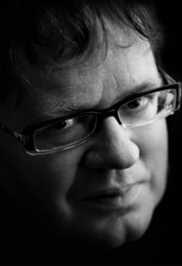 James Runcie is a writer, director and literary curator. He is the author of ‘The Grantchester Mysteries’, a Fellow of the Royal Society of Literature and Commissioning Editor, Arts at BBC Radio 4.

3 thoughts on “Book Review: The Road to Grantchester by James Runcie”