For attorney Mick McFarland, the evidence is damning. And so are the family secrets in this twisty legal thriller from the bestselling author of A Criminal Defense.

When crime lord Jimmy Nunzio is caught, knife in hand, over the body of his daughter’s lover and his own archenemy, he turns to Mick McFarland to take up his defense. Usually the courtroom puppeteer, McFarland quickly finds himself at the end of Nunzio’s strings. Struggling to find grounds for a not-guilty verdict on behalf of a well-known killer, Mick is hamstrung by Nunzio’s refusal to tell him what really happened.

On the other side of the law, Mick’s wife, Piper, is working to free Darlene Dowd, a young woman sentenced to life in prison for her sexually abusive father’s violent death. But the jury that convicted Darlene heard only part of the truth, and Piper will do anything to reveal the rest and prove Darlene’s innocence.

As Mick finds himself in the middle of a mob war, Piper delves deeper into Darlene’s past. Both will discover dark secrets that link these fathers and daughters – some that protect, some that destroy, and some that can’t stay hidden forever. No matter the risk.

Pre-order/Purchase Links*
Amazon.co.uk  ǀ  Amazon.com
*links provided for convenience, not as part of any affiliate programme

Find A Killer’s Alibi on Goodreads

The book opens with a prologue in which the reader witnesses a dramatic and shocking event, the consequences of which will only become apparent later in the book.

I liked the way the book alternates between the two story lines – Mick McFarland’s defence of mob boss, Jimmy Nunzio and the attempts of Mick’s wife, Piper, to prove the innocence of convicted killer, Darlene Dowd.  Needless to say, the progress of neither investigation runs smoothly and both Mick and Piper are forced to confront the consequences of what they have taken on and face difficult moral dilemmas.  And, of course, things are not always exactly what they seem…

As events unfold, readers (as I did) will no doubt find themselves making connections and finding common themes between the two storylines.  That is especially true in the final few paragraphs.  The plot positively zips along, with plenty of twists and turns.  This reader certainly found herself reading long after she’d intended to put the book down for the night.

The author chooses to give the reader an insight into the inner thoughts of the manipulative and ruthless Jimmy Nunzio and I have to say it is a chilling experience but at the same time totally compelling.  Unfortunately, nasty people tend to have other nasty people around them and that’s certainly the case here.  Plus it’s always worth remembering Rudyard Kipling’s words ‘For the female of the species is more deadly than the male’.

Given the author’s profession, it’s no surprise that the book is full of precise and convincing details about police, investigatory, legal and prison procedures (although a little less detail about Philadelphia’s road system would have been okay with me).  The final scenes in the courtroom as Jimmy Nunzio stands trial are convincingly realistic and I was fascinated by the sections covering the process of jury selection.  Who knew there were such things as jury consultants or shadow juries?

Although there are references to events in the two earlier books, A Killer’s Alibi works perfectly well as a standalone.  In fact, the author cleverly gives just enough information about the events in A Criminal Defense and An Engineered Injustice to tease but not to spoil.  It’s clear many of the characters are still working through in their own minds the consequences of the actions and decisions they took or were forced to take. Secrets don’t tend to stay buried forever, after all.

I really enjoyed A Killer’s Alibi. It’s a fast-moving, intricately plotted and compelling crime thriller.  My thanks to the author for my advance review copy.

You can read my interview with William L. Myers, Jr. about An Engineered Injustice, the second book in the series, here.  Don’t worry, no spoilers, as I’m looking forward to reading it myself now that I’ve read A Killer’s Alibi.

William L. Myers, Jr. is the author of the bestselling ‘Philadelphia Legal’ series, which includes the #1 Kindle bestseller A Criminal Defense, An Engineered Injustice and now,  A Killer’s Alibi. A Philadelphia lawyer with thirty years of trial experience in state and federal courts up and down the East Coast, Myers has argued before the United States Supreme Court and still actively practices law.

Myers was born into a proud working-class family, graduated from the University of Pennsylvania School of Law and now lives with his wife, Lisa, in the western suburbs of Pennsylvania. 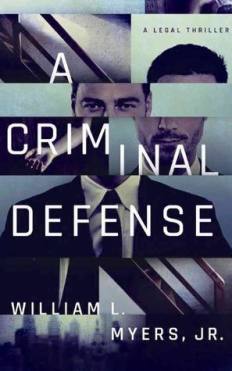 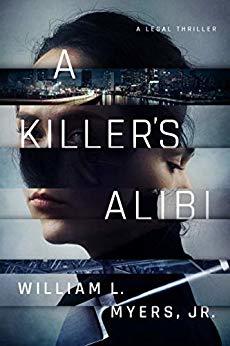