Why not join in too?  Leave a comment with your link at Taking on a World of Words and then go blog hopping! (Pre-order/purchase links provided for convenience, not as part of any affiliate programme.) 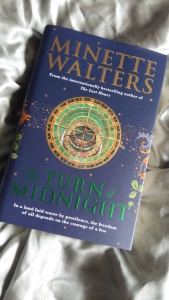 The Turn of Midnight (Black Death #2) by Minette Walters (audiobook)

As the year turns from 1348 to 1349, the Black Death continues its relentless course across England. In Dorseteshire, the first county to be afflicted, the people of Develish begin to question if they are the lone survivors of this terrible pestilence. Guided by their heretical mistress, Lady Anne, they wait inside the protection of a moat as their stores dwindle, knowing that when the food is gone they will have no choice but to leave. But where will they find safety in the desolate wasteland their county has become? And how can Lady Anne, a woman without rights herself, grant them the freedom they long for?

But what use is freedom that cannot be won lawfully? Aided and abetted by Lady Anne, Thaddeus conceives an audacious and dangerous plan to secure her people’s right to determine their fates for themselves. Neither foresees the life-threatening struggle over power, money and religion that follows – or the trial for heresy that will imperil all in Develish… 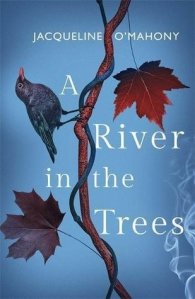 A River in the Trees by Jacqueline O’Mahony (eARC, courtesy of riverrun and NetGalley)

1919 – Hannah is nineteen years old and living on her family’s farm in West Cork. Her peaceful world is shattered forever by the eruption of the War of Independence, Ireland’s bid for freedom from Britain. Hannah’s family hide rebel soldiers in their attic, putting them in great danger from the Black and Tans who roam the countryside. An immediate connection between Hannah and O’Riada, the leader of this band of rebels, will change her life and that of her family forever.

2019 – Ellen is at a crossroads in her life: her marriage is in trouble, her career is over and she’s grieving the loss of a baby. After years in London, she decides to come home to Ireland to face the past she has always tried to escape. Her journey centres on an old house in the countryside, a house that used to belong to her family. Reaching into the past, she feels a connection to her aunt, the mysterious Hannah O’Donovan. But why won’t anyone in her family talk about Hannah? And how can this journey help Ellen put her life back together?

Pre-order A River in the Trees  from Amazon UK 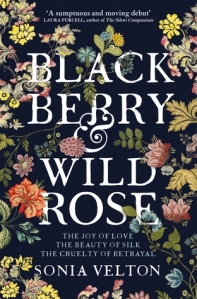 Blackberry and Wild Rose by Sonia Velton (eARC, courtesy of Quercus and NetGalley)

When Esther Thorel, the wife of a Huguenot silk-weaver, rescues Sara Kemp from a brothel she thinks she is doing God’s will. Sara is not convinced being a maid is better than being a whore, but the chance to escape her grasping ‘madam’ is too good to refuse.

Inside the Thorels’ tall house in Spitalfields, where the strange cadence of the looms fills the attic, the two women forge an uneasy relationship. The physical intimacies of washing and dressing belie the reality: Sara despises her mistress’s blindness to the hypocrisy of her household, while Esther is too wrapped up in her own secrets to see Sara as anything more than another charitable cause.

It is silk that has Esther so distracted. For years she has painted her own designs, dreaming that one day her husband will weave them into reality. When he laughs at her ambition, she unwittingly sets in motion events that will change the fate of the whole Thorel household and set the scene for a devastating day of reckoning between her and Sara.

The price of a piece of silk may prove more than either is able to pay. 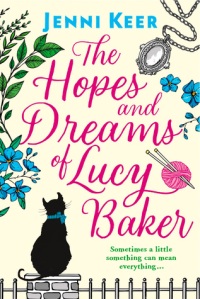 The Hopes and Dreams of Lucy Baker by Jenni Keer (eARC, courtesy of Avon Books UK and NetGalley)

Lucy Baker is not your usual 25-year-old. She is more at home reading and knitting in her cluttered little flat than going out partying and socialising.  79-year-old Brenda is full of wise and wonderful advice, but when she’s diagnosed with dementia her life begins to change. Before her memories slip away forever, Brenda is desperate to fulfil one last wish – to see Lucy happy.

Gifting Lucy the locket that helped Brenda find her own true love, she hopes to push her reticent neighbour in the right direction. But is Lucy Baker ready for the opportunities and heartbreaks of the real world? It’s about time she put her knitting needles aside and found out…  (Review to follow) 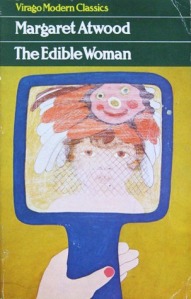 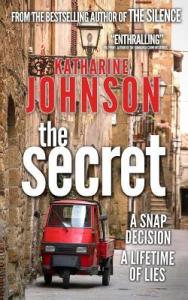 Two girls growing up in Mussolini’s Italy share a secret that has devastating consequences.  Against a backdrop of fear, poverty and confusion during the Second World War, friendship is tested, and loyalties are divided until a chance encounter changes everything.

Their lives diverge when beautiful, daring Martina marries and moves into Villa Leonida, the most prestigious house in their Tuscan mountain village, while plain, studious Irena trains to be a teacher. But neither marriage nor life at Villa Leonida are as Martina imagined. And as other people’s lives take on a new purpose, Irena finds herself left behind.