Sugar in the Blood: A Family’s Story of Slavery and Empire by Andrea Stuart (hardcover)

In the late 1630s, lured by the promise of the New World, Andrea Stuart’s earliest known maternal ancestor, George Ashby, set sail from England to settle in Barbados. He fell into the life of a sugar plantation owner by mere chance, but by the time he harvested his first crop, a revolution was fully under way: the farming of sugar cane, and the swiftly increasing demands for sugar worldwide, would not only lift George Ashby from abject poverty and shape the lives of his descendants, but it would also bind together ambitious white entrepreneurs and enslaved black workers in a strangling embrace. Stuart uses her own family story—from the seventeenth century through the present—as the pivot for this epic tale of migration, settlement, survival, slavery and the making of the Americas.

As it grew, the sugar trade enriched Europe as never before, financing the Industrial Revolution and fueling the Enlightenment. And, as well, it became the basis of many economies in South America, played an important part in the evolution of the United States as a world power and transformed the Caribbean into an archipelago of riches. But this sweet and hugely profitable trade – “white gold,” as it was known -had profoundly less palatable consequences in its precipitation of the enslavement of Africans to work the fields on the islands and, ultimately, throughout the American continents.

Interspersing the tectonic shifts of colonial history with her family’s experience, Stuart explores the interconnected themes of settlement, sugar and slavery with extraordinary subtlety and sensitivity. In examining how these forces shaped her own family–its genealogy, intimate relationships, circumstances of birth, varying hues of skin–she illuminates how her family, among millions of others like it, in turn transformed the society in which they lived, and how that interchange continues to this day. Shifting between personal and global history, Stuart gives us a deepened understanding of the connections between continents, between black and white, between men and women, between the free and the enslaved. It is a story brought to life with riveting and unparalleled immediacy, a story of fundamental importance to the making of our world. 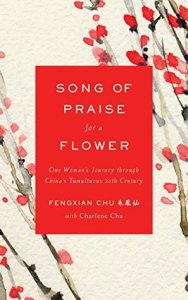 Song of Praise for a Flower: One Woman’s Journey through China’s Tumultuous 20th Century by Fengxian Chu with Charlene Chu (ebook, courtesy of the authors)

For nearly two decades, this manuscript lay hidden in a Chinese bank vault until a long-lost cousin from America inspired 92-year-old author Fengxian Chu to unearth it.

Song of Praise for a Flower traces a century of Chinese history through the experiences of one woman and her family, from the dark years of World War II and China’s civil war to the tragic Great Leap Forward, Cultural Revolution, and beyond. It is a window into a faraway world, a sweeping epic about China’s tumultuous transformation and a harrowing yet ultimately uplifting story of a remarkable woman who survives it all and finally finds peace and tranquillity.

John Buchan, 1st Baron Tweedsmuir (1875-1940) completed his autobiography not long before his death. A highly accomplished man, his was a life of note. Although now known by many chiefly as an author, he was also an historian, Unionist politician and Governor General of Canada.

Although he stated that it was not strictly an autobiography, Memory Hold-the-Door provides a reflective, personal account of his childhood in Scotland, his literary work from his time at Oxford University to the famous Hannay and Leithen stories and his extensive public service in South Africa, Scotland, France in the Great War, and Canada. Of great interest are his accounts of key contemporary figures, including Lord Grey, Lord Haldane, Earl Balfour, Lord Haig, T.E. Lawrence and King George V. (Review to follow) 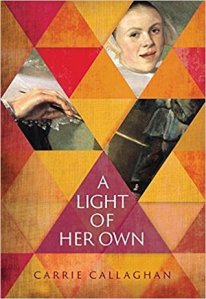 A Light of Her Own by Carrie Callaghan (ebook, courtesy of Historical Fiction Virtual Book Tours)

Judith is a painter, dodging the law and whispers of murder to try to become the first woman admitted to the Haarlem painters guild. Maria is a Catholic in a country where the faith is banned, hoping to absolve her sins by recovering a lost saint’s relic.

Both women’s destinies will be shaped by their ambitions, running counter to the city’s most powerful men, whose own plans spell disaster. A vivid portrait of a remarkable artist, A Light of Her Own is a richly-woven story of grit against the backdrop of Rembrandt and an uncompromising religion.

The world is so strange. The strangest things are the stories you overhear.

When a hapless bureaucrat finds himself stranded in the countryside during a raging storm, he seeks refuge in a grand yet isolated mansion, inhabited by only an elderly gentleman and his unwelcoming servant.

The tale of family secrets he encounters while sheltering there begins with a faded photograph in yellowed newspaper, of a beautiful woman stepping off a train at Aleppo station many years ago. It transports him to Syria’s golden age, to the heart of the mysterious, unconventional banat al-ishreh – the infamous women who live, dance and play music together – and into a tangled web of forbidden love. (Review to follow)

As we climb the wooden hill to bed each night we trace our life’s journey from birth, then each step toward death, the final sleep.

This collection of short stories explores what it is to be human at every stage of life, from the imminence of a new birth in ‘We Knew You Before You Were Born’, through to adolescence and the camaraderie of youthful friendships as portrayed in ‘Sam Watson & The Penny World Cup’.

Ultimately, all of our lives stride towards old age and the certainty of death, as poignantly evoked in the title story, ‘The Wooden Hill’. (Review to follow)

Once Upon A River by Diane Setterfield (proof copy, courtesy of Doubleday and Random Things Tours)

A dark midwinter’s night in an ancient inn on the Thames. The regulars are entertaining themselves by telling stories when the door bursts open on an injured stranger. In his arms is the drowned corpse of a little child.

Hours later the dead girl stirs, takes a breath and returns to life.

Is it a miracle? Is it magic? Or can it be explained by science?

Replete with folklore, suspense and romance, as well as with the urgent scientific curiosity of the Darwinian age, Once Upon a River is as richly atmospheric as Setterfield’s bestseller The Thirteenth Tale. 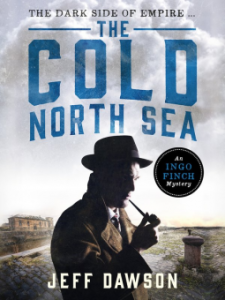 A game of spies, a brutal murder, the fate of an Empire…

The North Sea, October 1904 – When Russian warships bombard the Hull trawler fleet, killing innocent fishermen, public outrage pushes Britain and Russia to the brink of war, the sparks from which could inflame the entire Continent.

Doctor Ingo Finch, once of the Royal Army Medical Corps, is long done with military adventuring. But when a stranger seeks him out, citing a murderous conspiracy behind the infamous “Dogger Bank Incident”, Finch is drawn back into the dark world of espionage.

With Whitehall, St Petersburg and rival Bolsheviks vying to manipulate the political crisis, the future of Britain, and Europe, is at stake…