The Magick of Master Lilly by Tobsha Learner (ebook, NetGalley)

In 1641, the country of England stands divided. London has become a wasps’ nest of spies, and under the eyes of the Roundheads those who practice magic are routinely sent to hang.

Living in exile in the Surrey countryside is the Master Astrologer and learned magician William Lilly. Since rumours of occult practice lost him the favour of Parliament, he has not returned to the city. But his talents are well-known, and soon he is called up to London once more, to read the fate of His Majesty the King.

What he sees in the stars will change the course of history.

Only Lilly and a circle of learned astrologers – Cunning Folk – know that London is destined to suffer plague and fire before the decade is through, and must summon angel and demon to sway the political powers from the war the country is heading toward. In doing so, Lilly will influence far greater destinies than his own and encounter great danger. But there will be worse to come . . .

An epic telling of the role of magic in the English Civil War, The Magick of Master Lilly is the story of the most influential astrologer in English history.

Pre-order The Magick of Master Lilly from Amazon UK

A collection of 24 short stories celebrating a hundred years of women’ suffrage, from both established and emerging authors, all of whom have been inspired by the suffragettes and whose stories, whether set in 1918, the current day or the future, focus on the same freedoms that those women fought for so courageously.

A clerk of works at the Palace of Westminster encounters Emily Davison in a broom cupboard; a mermaid dares to tread on land to please the man she loves; a school girl friendship makes the suffragette protests relevant to the modern day; a mother leaves her child for a tree; an online troll has to face his target; and a woman caught in modern day slavery discovers a chance for freedom in a newspaper cutting.

These stories and many more come together in a collection that doesn’t shy away from the reality of a woman’s world, which has injustices and inequalities alongside opportunities and hard-won freedoms, but always finds strength, bravery and hope.

Through this anthology Retreat West Books is proud to support Hestia and the UK Says No More campaign against domestic abuse and sexual violence.

Pre-order The Word for Freedom from Amazon UK

As a moderate presbyterian minister, young David Sempill disputes with the extremists of his faith, as all around, the defeated remnants of Montrose’s men are being harried and slaughtered.  There are still older conflicts to be faced however, symbolised by the presence of the Melanudrigall Wood, a last remnant of the ancient Caledonian forest. Here there is black magic to be uncovered, but also the more positive pre-Christian intimations of nature worship.

In such setting, and faced with the onset of the plague, David Sempill’s struggle and eventual disappearance take on a strange and timeless aspect in what was John Buchan’s own favourite among his many novels. (Review to follow) 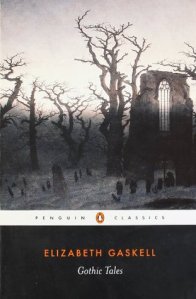 ‘Such whispered tales, such old temptations and hauntings, and devilish terrors’

Elizabeth Gaskell’s chilling Gothic tales blend the real and the supernatural to eerie, compelling effect. ‘Disappearances’, inspired by local legends of mysterious vanishings, mixes gossip and fact; ‘Lois the Witch’, a novella based on an account of the Salem witch hunts, shows how sexual desire and jealousy lead to hysteria; while in ‘The Old Nurse’s Story’ a mysterious child roams the freezing Northumberland moors. Whether darkly surreal, such as ‘The Poor Clare’, where an evil doppelganger is formed by a woman’s bitter curse, or mischievous like ‘Curious, if True’, a playful reworking of fairy tales, all the pieces in this volume form a start contrast to the social realism of Gaskell’s novels, revealing a darker and more unsettling style of writing. (Review to follow)

Being trusted by a Caesar makes him an enemy of the Roman who crucified Jesus Christ, and puts him under threat from Rome itself…

Rome 30 AD – A Senator is plunged into the dark heart of the Roman Empire, sent to investigate the corrupt practices of Pontius Pilate in Jerusalem by Caesar Tiberius.

In this tense historical thriller can Senator Vivius Marcianus outmanoeuvre charges of treason, devastating secrets resurfaced from his own troubled past, and the political snake pit of Rome to save himself and the woman he loves?

Paris in the Dark by Robert Olen Butler (paperback, review copy courtesy of No Exit Press and Random Things Tours)

Autumn 1915 – The First World War is raging across Europe. Woodrow Wilson has kept Americans out of the trenches, although that hasn’t stopped young men and women from crossing the Atlantic to volunteer at the front.

Christopher Marlowe ‘Kit’ Cobb, a Chicago reporter and undercover agent for the US government is in Paris when he meets an enigmatic nurse called Louise. Officially in the city for a story about American ambulance drivers, Cobb is grateful for the opportunity to get to know her but soon his intelligence handler, James Polk Trask, extends his mission. Parisians are meeting ‘death by dynamite’ in a new campaign of bombings, and the German-speaking Kit seems just the man to discover who is behind this – possibly a German operative who has infiltrated with the waves of refugees?

And so begins a pursuit that will test Kit Cobb, in all his roles, to the very limits of his principles, wits and talents for survival.

What happened when the Great War ended and the guns stopped firing? Who cleared the battlefields and buried the dead?

It’s 1918 and the war may be over but Lance-Corporal Jack Patterson and the men of his platoon are still knee-deep in Flanders mud, searching the battlefields for the remains of comrades killed in action.

But duty isn’t all that’s keeping Jack in Flanders. For one there is Katia, the daughter of a local publican, with whom he has struck up a romance. And then there is something else, a secret that lies buried in Jack’s past, one he hopes isn’t about to be dug up… 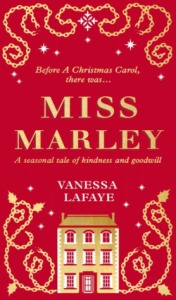 Before A Christmas Carol there was… Miss Marley. A seasonal tale of kindness and goodwill.

Orphans Clara and Jacob Marley live by their wits, scavenging for scraps in the poorest alleyways of London, in the shadow of the workhouse. Every night, Jake promises his little sister ‘tomorrow will be better’ and when the chance to escape poverty comes their way, he seizes it despite the terrible price.

And so Jacob Marley is set on a path that leads to his infamous partnership with Ebenezer Scrooge. As Jacob builds a fortress of wealth to keep the world out, only Clara can warn him of the hideous fate that awaits him if he refuses to let love and kindness into his heart…

In Miss Marley, Vanessa Lafaye weaves a spellbinding Dickensian tale of ghosts, goodwill and hope – a perfect prequel to A Christmas Carol.