Mary Blight, stuck in a remote Cornish fishing village where ships are often wrecked on the rugged coast, longs for a life beyond Porthmorvoren. Picking among the corpses of the most recent washed-up dead, she spots a fine pair of leather boots on a dead noblewoman and unlaces them for herself. Only once she has removed the boots does she notice the woman’s earlobes are missing too. And by then it is too late. Village scold Aunt Madgie has seen her, bending over the corpse, blood on her lips.

The horror of the bitten noblewoman makes the national press. That the villagers are such savages to bite jewellery off a corpse their hands too cold to unfasten it causes a national outcry. The Porthmorvoren Cannibal is the stuff of nightmares. And still Aunt Madgie watches Mary, knowingly, waiting for her moment.

When Mary rescues a man who is washed ashore, lashed to a barrel, she cares for him in her cottage, despite her neighbours’ disapproval. Mary already has a bad name among those in the village, a situation not helped by her recent dalliance with the betrothed of her rival, Loveday Skewes.

The rescued man is Gideon Stone, a Methodist minister. He decides to build a chapel in the village over the months to come, and appoints Mary as Sunday school teacher. Her enemies are outraged, having assumed Loveday Swewes would be given this position. Meanwhile, Mary sees a notice announcing that the bereaved sugar baron is offering a substantial reward for information leading to the arrest of the person who stole his wife’s earrings. And soon, her enemies in the village are plotting against her and Mary must gamble everything.

Cornwall, 1817.  What if your worst mistake changed the course of history?

Napoleon has crushed the Duke of Wellington at the Battle of Waterloo, and his ex-wife Josephine presides over French-occupied England.

Cornwall erupts into open rebellion, and young heiress Hester escapes with Crow, Wellington’s former intelligence officer, a half-French aristocrat haunted by his part in the catastrophic defeat. Together, they become embroiled in a web of treachery and espionage as plans are laid to free Wellington from secret captivity in the Scilly Isles and lead an uprising against the French occupation. In a country rife with traitors, Hester and Crow know it is impossible to play such a game as this for long…

The Last Thread by Ray Britain (ebook, review copy courtesy of the author)

Accused of pushing a boy to his death in a failed suicide intervention, DCI Doug Stirling is suspended from duty. Attacked in the media and haunted by the boy’s smile as he let go of Stirling’s hand, he must look on helplessly as the incompetent Chief Inspector Ballard who is intent on destroying him investigates the boy’s death, supported by the vindictive Deputy Chief Constable, McDonald.

Weeks later, an anonymous call leads the police to a remote location and the discovery of a burnt-out car containing the body of an unidentified man who has been savagely murdered. Short of experienced senior investigators, ACC Steph Tanner has no choice but to take a professional risk. Throwing Stirling the lifeline he needs to restore his reputation, Tanner appoints him as SIO to lead the investigation.

But with no witnesses, no forensic evidence and more theories than investigators, Stirling’s investigation has far too many ‘loose threads’ as he uncovers a complex, interwoven history of deception, betrayal and sadistic relationships. Was the victim connected to the crime scene? Is the murder as complex as it appears? Or is there a simpler explanation? Still traumatised by the boy’s death and with time the enemy, does Stirling still have what it takes to bring the killer, or killers, to justice before McDonald intervenes?

In the darkest days of the Blitz, Christmas is more important than ever.

With Christmas approaching, the Brogan family of London’s East End are braving the horrors of the Blitz. With the men away fighting for King and Country and the ever-present dangers of the German Luftwaffe’s nightly reign of death and destruction, the family must do all they can to keep a stiff upper lip.

For Jo, the youngest of the Brogan sisters, the perils of war also offer a new-found freedom. Jo falls in love with Tommy, a man known for his dangerous reputation as much as his charm. But as the falling bombs devastate their neighbourhood and rationing begins to bite, will the Brogans manage to pull together a traditional family Christmas? And will Jo find the love and security she seeks in a time of such grave peril? (Review to follow) 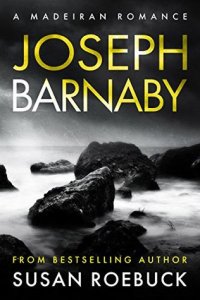 Stand by your beliefs – even if it means going to the end of the Earth.

By standing up for his principles, horse farrier Joseph Barnaby lost everything. Now, when a personal vendetta goes too deep to fight, he escapes to the Portuguese island of Madeira where he finds work on a small farm only accessible by boat. The balmy climate and never-ending supply of exotic fruit, vegetables, and honey make it sound like paradise. But, for Joseph, it’s the ideal place to hide from the world.

Not everyone is prepared to give up on life’s misfortunes. The local fishing village has its own surprises and the inhabitants of Quinta da Esperança have more grit in them than the pebbled beach that borders the property. 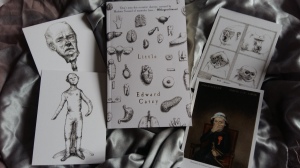 “There is a space between life and death: it’s called waxwork.s”

In 1761, a tiny, odd-looking girl named Marie is born in a village in Alsace. After the death of her parents, she is apprenticed to an eccentric wax sculptor and whisked off to the seamy streets of Paris, where they meet a domineering widow and her quiet, pale son. Together, they convert an abandoned monkey house into an exhibition hall for wax heads, and the spectacle becomes a sensation.

As word of her artistic talent spreads, Marie is called to Versailles, where she tutors a princess and saves Marie Antoinette in childbirth. But outside the palace walls, Paris is roiling: The revolutionary mob is demanding heads, and . . . at the wax museum, heads are what they do.

Within the dark heart of an abandoned city, on an island once torn by betrayal and war, lies a terrible secret…

Francis Benthem is a successful artist; he’s created a new life on an island in the sun. He works all night, painting the dreams of his mysterious Russian benefactor, Illy Prostakov. He writes letters to old friends and students back in cold, far away London. But now Francis Benthem is found dead. The funeral is planned and his old friend from art school arrives to finish what Benthem had started. The painting of dreams on a faraway island. But you can also paint nightmares and Illy has secrets of his own that are not ready for the light. Of promises made and broken, betrayal and murder…