Choose to Rise: The Victory Within by M. N. Mekaelian (ebook, review copy courtesy of the author)

Set in a forgotten land in the heart of World War One, Choose to Rise: The Victory Within paints the vividly realistic portrait of one of the most horrific atrocities of the modern world – The Armenian Genocide of 1915.

Told through eyes of an old Armen Hagopian reliving his youth, you will be immersed in this unbelievable story of survival against the merciless Ottoman Turkish government. Through his journey, Armen and his older brother, Vartan, must discover what it takes to overcome the brutality while deciding who will live, who will die, and whether or not they have the strength to save an entire race from total annihilation.

Filled with passion, suspense, love, and inspiration, Choose to Rise is a book that is hard to ignore. It questions everything you know about humanity, what it means to be alive, and will stay with you long after you finish. 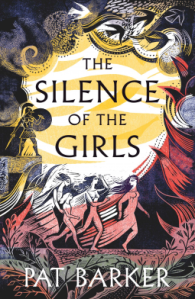 The Silence of the Girls by Pat Barker (eARC, NetGalley)

From the Booker Prize-winning author of Regeneration and one of our greatest contemporary writers on war comes a reimagining of the most famous conflict in literature – the legendary Trojan War.

When her city falls to the Greeks, Briseis’s old life is shattered. She is transformed from queen to captive, from free woman to slave, awarded to the god-like warrior Achilles as a prize of war. And she’s not alone. On the same day, and on many others in the course of a long and bitter war, innumerable women have been wrested from their homes and flung to the fighters.

The Trojan War is known as a man’s story: a quarrel between men over a woman, stolen from her home and spirited across the sea. But what of the other women in this story, silenced by history? What words did they speak when alone with each other, in the laundry, at the loom, when laying out the dead?

In this magnificent historical novel, Pat Barker charts one woman’s journey through the chaos of the most famous war in history, as she struggles to free herself and to become the author of her own story.

Pre-order The Silence of the Girls from Amazon UK

Set in colonial India during the 1920s, Heat and Dust tells the story of Olivia, a beautiful woman suffocated by the propriety and social constraints of her position as the wife of an important English civil servant. Longing for passion and independence, Olivia is drawn into the spell of the Nawab, a minor Indian prince deeply involved in gang raids and criminal plots. She is intrigued by the Nawab’s charm and aggressive courtship, and soon begins to spend most of her days in his company. But then she becomes pregnant, and unsure of the child’s paternity, she is faced with a wrenching dilemma. Her reaction to the crisis humiliates her husband and outrages the British community, breeding a scandal that lives in collective memory long after her death.

There are so many stories hidden behind closed doors . . .

It’s late at night and the rain is pouring down on the Dublin city streets. A mother is grieving for her dead child. She stands silently outside the home of the teenage boy she believes responsible. She watches . . .

In a kitchen on the same square, a girl waits anxiously for her mum to come home. She knows exactly where she is, but she knows she cannot reach her.

A few doors down, and a widow sits alone in her room. She has just delivered a bombshell to her family during dinner and her life is about to change forever.

And an aspiring theatre director has just moved in to a flat across the street. Her landlord is absent, but there are already things about him that don’t quite add up . . .

Sam Holloway has survived the worst that life can throw at you. But he’s not really living. His meticulous routines keep everything nice and safe – with just one exception…

Three nights a week, Sam dons his superhero costume and patrols the streets. It makes him feel invincible – but his unlikely heroics are getting him into some sticky, and increasingly dangerous, situations.

Then a girl comes into his life, and his ordered world is thrown into chaos … and now Sam needs to decide whether he can be brave enough to finally take off the mask.

Both hilarious and heart-warming, this is a story about love, loneliness, grief, and the life-changing power of kindness. 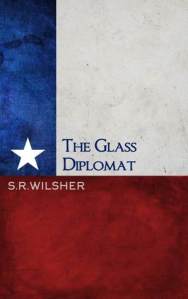 In 1973 Chile, thirteen-year-old English schoolboy Charlie Norton watches his father walk into the night and never return. Taken in by diplomat Tomas Abrego, his life becomes intricately linked to the family.

Eleven years later, Abrego is the Chilean Ambassador to London and Charlie is reunited with the Abrego sisters. Despite his love for them, he’s unable to prevent Maria falling under the spell of a left-wing revolutionary, or Sophia from being used as a political pawn by her father.  His connection to the family is complicated by the growing evidence that Tomas Abrego was somehow involved in his father’s disappearance.

As the conflict of a family divided by love and politics comes to a head on the night of the 1989 student riots in Santiago, Charlie has to act to save the sisters from an enemy they cannot see. 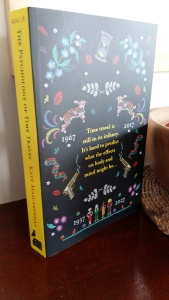 The Psychology of Time Travel by Kate Mascarenhas (signed ARC, courtesy of Head of Zeus)

1967: Four female scientists invent a time-travel machine. They are on the cusp of fame: the pioneers who opened the world to new possibilities. But then one of them suffers a breakdown and puts the whole project in peril.

2017: Ruby knows her beloved Granny Bee was a pioneer, but they never talk about the past. Though time travel is now big business, Bee has never been part of it. Then they receive a message from the future–a newspaper clipping reporting the mysterious death of an elderly lady.

2018: When Odette discovered the body, she went into shock. Blood everywhere, bullet wounds, flesh. But when the inquest fails to answer any of her questions, Odette is frustrated. Who is this dead woman that haunts her dreams? And why is everyone determined to cover up her murder? 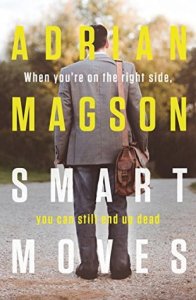 International troubleshooter Jake Foreman loses his job, house and wife all in one day. And when an impulsive move lands him in even deeper water – the kind that could lose him his life – he decides it’s time to make some smart decisions.

The trouble is, knowing the right moves and making them is a whole different game. And Jake, who has been happily rubbing along things he always suspected were just a shade away from being dodgy, finds it all too easy to go with the flow. Now he’s got to start learning new tricks.

If he doesn’t, he could end up dead.