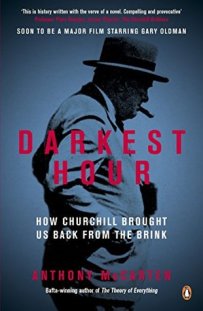 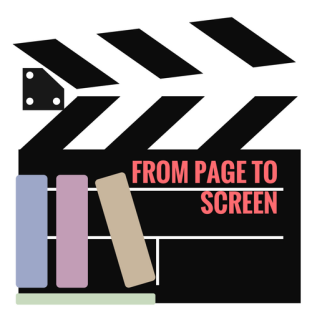 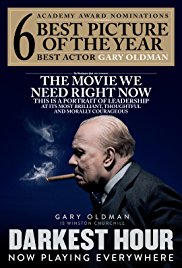 About the Book: Darkest Hour by Anthony McCarten

May, 1940. Britain is at war. The horrors of blitzkrieg have seen one western European democracy after another fall in rapid succession to Nazi boot and shell. Invasion seems mere hours away.   Just days after becoming Prime Minister, Winston Churchill must deal with this horror—as well as a sceptical King, a party plotting against him, and an unprepared public. Pen in hand and typist-secretary at the ready, how could he change the mood and shore up the will of a nervous people?

In this gripping day-by-day, often hour-by-hour account of how an often uncertain Churchill turned Britain around, the celebrated Bafta-winning writer Anthony McCarten exposes sides of the great man never seen before. He reveals how he practiced and re-wrote his key speeches, from ‘Blood, toil, tears and sweat’ to ‘We shall fight on the beaches’; his consideration of a peace treaty with Nazi Germany, and his underappreciated role in the Dunkirk evacuation; and, above all, how 25 days helped make one man an icon.

Using new archive material, McCarten reveals the crucial behind-the-scenes moments that changed the course of history. It’s a scarier—and more human—story than has ever been told.

Read my review of the book here.

Darkest Hour is directed by Joe Wright from a screenplay by Anthony McCarten based on his own book, Darkest Hour: How Churchill Brought England Back from the Brink.  It stars Gary Oldman as Winston Churchill and Kristin Scott Thomas as Clementine Churchill with a supporting cast made up of the cream of British acting talent.  The film won Oscars for Best Picture, Best Actor and Makeup and Hairstyling as well as being nominated in three other categories.  Gary Oldman also won a Golden Globe, BAFTA and Screen Actors Guild Award for his performance.

More information about the film can be found here.

Like the book, the film concentrates on the few weeks in May 1940 when the British Government faced swift German advances into Belgium and the Netherlands, the prospect of the capitulation of France, the possible entry into the war of Italy as an ally of Germany and the loss of the British Expeditionary Force pinned down in Dunkirk.  It dramatizes some of Churchill’s most famous speeches both to the House of Commons and to the Nation and I’m sure I wasn’t alone in finding the emotional power of them still as great as they must have been to people who listened to them at the time.

The film uses the character, Elizabeth Layton (played by Lily James), who was one of Churchill’s personal secretaries between 1941–1945, to give the viewer a close-up view of Churchill, including idiosyncrasies such as emerging from his bath disrobed and breakfasting on whisky and soda.   We see her taking dictation from Churchill as he works on his speeches, constantly drafting and redrafting until he’s happy with them.

What I particularly liked about the film is the tender portrayal of the relationship between Winston and Clementine Churchill.    It left me with a real sense of the vital role Clementine played behind the scenes, providing moral support and encouragement to Winston when necessary, offering the family life that allowed him respite from the cares of state, as well as gently chiding him about his rudeness and lavish expenditure.

There were a couple of scenes that made me remember I was watching a feature film such as a scene where Churchill uses an unusual (for him) form of transport to get a sense of what the people of London feel about the calls from Halifax and others in the War Cabinet to consider a negotiated peace.  However, what it did show is the true courage and resilience displayed by Londoners during the War and, particularly, during the Blitz.

Across the board, the acting performances were terrific and the period detail seemed spot on from the costumes, to the hair and make-up, to the scenes in the War Rooms, Buckingham Palace and Chartwell, Churchill’s family home.  All these details give a visual sense of the wartime atmosphere that it is difficult for a book to recreate (although there are some fabulous photo’s in the book).

The book has fascinating detail drawn from contemporary sources – minutes of meetings, letters, diary entries – about the meetings of key players in the War Cabinet and the conversations that were taking place behind the scenes.   It also provides the reader with biographical detail about Winston Churchill and his chief opponent, Lord Halifax, which is absent from the film.  On the other hand, the film highlights the role of Clementine in supporting Winston during this difficult period whereas she is largely absent from the book.

Purely from an entertainment point of view, I would say the film wins, not least because of Gary Oldman’s superb Oscar winning performance.  However, for those interested in the period and wanting more background information, the book makes fascinating reading.  I liked the fact that some dialogue between Churchill and Halifax the author imagines at one point in the book made it into the screenplay and final film.

What do you think?  Have you read the book or seen the film?

One thought on “From Page to Screen: Darkest Hour by Anthony McCarten”