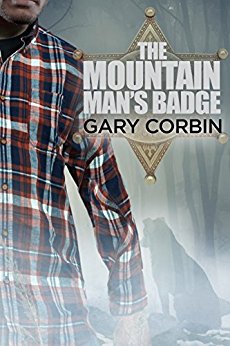 Mountain Man Lehigh Carter got talked into serving the unexpired term of disgraced long-time Mt. Hood County sheriff Buck Winters, hoping for a quiet nine months in office before the voters selected a new, permanent office-holder. But a few months into the job, poachers discover the body of Everett Downey, a sleazy local businessman, and the evidence points to Lehigh’s brand-new father-in-law, the once-powerful senator George McBride. To his chagrin and his new bride’s fury, Lehigh is forced to arrest George for the murder, and suddenly his happy marriage is on the rocks. Soon he’s living in a tent with only his two dogs for companionship.

While most people in Mt. Hood County appreciate Lehigh’s honesty and his willingness to fight the cronyism and corruption that have plagued Mt. Hood County law enforcement for decades, his desire for reform ruffles some important feathers. Lehigh finds himself fighting unseen enemies, determined to portray him as inept and more corrupt than his predecessor – even at the cost of protecting the integrity of the murder investigation. Even his own deputies seem intent on bringing back the old guard, and a series of evidence leaks put Lehigh’s reputation and ability to serve as sheriff in jeopardy.

Lehigh’s not a quitter, though, and with dogged persistence, begins to chip away at the investigation, discovering facts that don’t add up…and leads him to suspect why some of those most intent on removing him from office have reasons far more sinister than Lehigh’s reform agenda.  Can Lehigh uncover the truth behind Everett Downey’s murder without becoming the killer’s next victim?

The first chapter, set at a political fundraiser for interim Sheriff Lehigh Carter, allows the author to introduce key characters and reference events from the first two books in the series.   It’s soon clear that Lehigh has influential relatives, chiefly his father-in-law George McBride, but also some potentially powerful enemies. As events unfold, the reader learns that Mt. Hood County is a place of vested interests, corruption and score-settling.

The author does a great job of conveying the atmosphere of a small town, albeit one that seems overrun with greasy spoon diners, sleazy strip clubs and dingy sports bars. Furthermore, in this ‘small pond’ there are ‘big fish’ who believe they run the show, that they always will and who will stop at nothing – and I mean nothing – to cling on to their power and influence.

You can imagine how they feel about Lehigh‘s appointment as interim Sheriff. He’s honourable, decent and determined to root out the cronyism that has infected the office of Sheriff in the past. As he says early on in the book: ‘I’m gonna fix this place or get run out of town trying.’   This is despite the fact that he’s feels thrust into a role for which he is ill-equipped. What makes Lehigh such a likeable character is the fact that he does make a few rookie mistakes but he never loses his sense of what’s right, even if that means risking his marriage to bride of two years, Stacy.  It has to be said however that he goes through a few ‘long dark nights of the soul’ wondering if he’s doing the right thing.

As the investigation into the murder of local businessman Everett Downey progresses, readers may well begin to have their own suspicions about who is the true culprit but it transpires that getting the necessary proof is fraught with danger, for Lehigh in particular.  There are those involved who aren’t afraid to fight back, even if this means going outside the law or sacrificing others to keep themselves safe.  It also becomes clear that Lehigh cannot necessarily trust everyone around him.  The tension builds to a dramatic conclusion during which Lehigh comes to the surprising (to him) realisation that he has more support than he thought.

The author is a scriptwriter and this certainly shows when it comes to the dialogue in the book which is realistic, sharp and full of humour. It’s how real people talk to each other over coffee and a donut. I really enjoyed The Mountain Man’s Badge; it’s an engaging and well-crafted crime mystery with a likeable protagonist and which tackles that universal theme of the good guy fighting largely single-handed against the bad guys.

I received a review copy courtesy of the author in return for an honest and unbiased review.

Gary Corbin is a writer, actor, and playwright in Camas, WA, a suburb of Portland, OR.  An award-winning playwright, several of his plays have been produced in the Portland, OR area, some of them multiple times. In addition to his own scripts, Gary writes, ghost-writes, and edits scripts. He specializes in tight, realistic dialogue involving sharply drawn, interesting characters in complex relationships.  Gary is a member of PDX Playwrights, the Portland Area Theater Alliance, the Willamette Writers Group and the Bar Noir Writers Workshop, and participates in workshops and conferences in the Portland, Oregon area.

A homebrewer as well as a maker of wine, mead, cider, and soft drinks, Gary is a member of the Oregon Brew Crew and a BJCP National Beer Judge. He loves to ski, cook, and garden, and hopes someday to train his dogs to obey. And when that doesn’t work, there’s always Renegade’s Paradise.