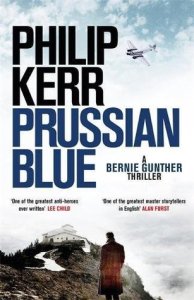 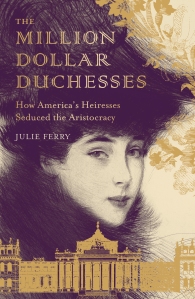 The Million Dollar Duchesses: How America’s Heiresses Seduced the Aristocracy by Julie Ferry (ebook, review copy courtesy of the author)

On 6th November 1895, the beautiful and brilliant heiress Consuelo Vanderbilt was wedded to the near-insolvent Charles Spencer-Churchill, 9th Duke of Marlborough in a dazzling yet miserable match – it glittered above all others for high society’s marriage brokers who, in this single year, forged a series of spectacular, and lucrative, transatlantic unions.

The bankrupt and ailing British aristocracy was suddenly injected with all the wealth and glamour of America’s newest dynasties. Millions of dollars changed hands as fame, money, power and privilege were all at play.

Brimful of scandal, illicit affairs, spurned loves and unexpected tragedy, The Million Dollar Duchesses reveals the closed-door bargaining which led to these most influential matches and how America’s heiresses shook-up British high society for ever. 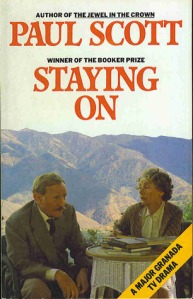 Staying On by Paul Scott (paperback)

In this sequel to The Raj Quartet, Colonel Tusker and Lucy Smalley cling to their bungalow in the hills of Pankot after Indian independence deprives them of their colonial status. Lucy, fed up with accommodating her husband, tries to assert her own independence.

In scenes both poignant and hilarious, she and Tusker act out class tensions among the British of the Raj and eloquently give voice to the loneliness, rage, and stubborn affection in their marriage. 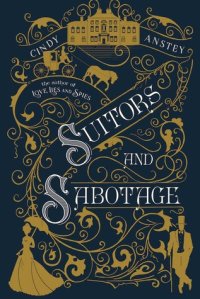 Shy aspiring artist Imogene Chively has just had a successful Season in London, complete with a suitor of her father’s approval. Imogene is ambivalent about the young gentleman until he comes to visit her at the Chively estate with his younger brother in tow. When her interest is piqued, however, it is for the wrong brother.

Charming Ben Steeple has a secret: despite being an architectural apprentice, he has no drawing aptitude. When Imogene offers to teach him, Ben is soon smitten by the young lady he considers his brother’s intended.

But hiding their true feelings becomes the least of their problems when, after a series of “accidents,” it becomes apparent that someone means Ben harm. And as their affection for each other grows—despite their efforts to remain just friends—so does the danger… 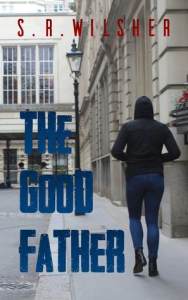 In 1994, nine year old Effie and her twelve year old brother Ajan, endure the horrors of life in the besieged city of Sarajevo after the loss of their parents. Desperate to help preserve their city, Ajan becomes involved with a criminal gang among the makeshift defenders. When Effie is forced to flee alone, she must survive long enough to reach those outside of the city who have come to help. But the influence of those pursuing her is such that not even the soldiers of the UN might be able to save her. Any hope of a future for Effie eventually lies with only one man, Captain Nathan Lane.

It is 2017, and an attempt is made on the life of Foreign Secretary, Caroline Hardy. As the Security Services hunt for her attacker, the reality she is only a bit part player in the affair doesn’t occur to anyone. Not until her daughter, Mia goes missing and is implicated in the disappearance of a well-connected lawyer. As the focus switches to Mia, a secret that Caroline has kept hidden for a long time threatens them both, until there becomes only one place she can turn, to the man who shares her secret. (Review to follow 27th April) 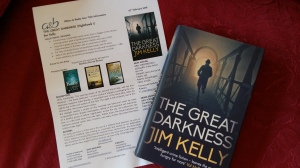 1939, Cambridge: The opening weeks of the Second World War, and the first blackout – The Great Darkness – covers southern England, enveloping the city. Detective Inspector Eden Brooke, a wounded hero of the Great War, takes his nightly dip in the cool waters of the Cam. Daylight reveals a corpse on the riverside, the body torn apart by some unspeakable force. Brooke investigates, calling on the expertise and inspiration of a faithful group of fellow ‘nighthawks’ across the city, all condemned, like the detective, to a life lived away from the light. Within hours The Great Darkness has claimed a second victim. War, it seems, has many victims, but what links these crimes of the night? (Review to follow 26th April) 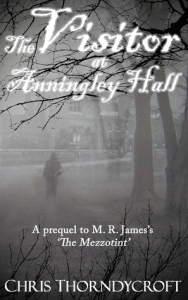 In 1904, M. R. James published The Mezzotint; a macabre short story about a picture that has a chilling tale of its own. This novella explores the horrifying events told within that picture.

Anningley Hall – a large country house in Essex – is home to Arthur Francis and his wife Elisa. Arthur is obsessed with his new printing press and so consumed by his desire to make a name for himself as a mezzotint artist that he is oblivious to his wife’s increasing desperation and loneliness. Elisa is convinced that something sinister is coming for their infant son and will stop at nothing to protect him. When she discovers a disturbing secret pertaining to her husband’s past, she begins to question the safety of their home as a refuge from evil. And their three-year-old son is in contact with a dark presence that seems intent on entering Anningley Hall…  (Review to follow 26th April) 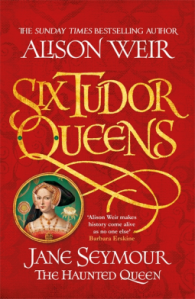 Ever since she was a child, Jane has longed for a cloistered life as a nun. But her large noble family has other plans, and, as an adult, Jane is invited to the King’s court to serve as lady-in-waiting for Queen Katherine of Aragon. The devout Katherine shows kindness to all her ladies, almost like a second mother, which makes rumours of Henry’s lustful pursuit of Anne Boleyn—who is also lady-in-waiting to the queen—all the more shocking. For Jane, the betrayal triggers memories of a painful incident that shaped her beliefs about marriage.

But once Henry disavows Katherine and secures his new queen – altering the religious landscape of England – he turns his eye to another: Jane herself. Urged to return the King’s affection and earn favour for her family, Jane is drawn into a dangerous political game that pits her conscience against her desires. Can Jane be the one to give the King his long-sought-after son or will she meet a fate similar to the women who came before her? 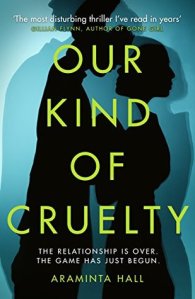 Our Kind of Cruelty by Araminta Hall (proof copy, courtesy of Century)

Mike knows that most of us travel through the world as one half of a whole, desperately searching for that missing person to make us complete.

But he and Verity are different. They have found each other and nothing and no one will tear them apart.

It doesn’t matter that Verity is marrying another man.

You see, Verity and Mike play a game together, a secret game they call ‘the crave’, the aim being to demonstrate what they both know: that Verity needs Mike, and only Mike.

Verity’s upcoming marriage is the biggest game she and Mike have ever played. And it’s for the highest stakes.