Today I’m revisiting a book that I reviewed in the early days of my blog: the evocative and moving, The Signal Flame by Andrew Krivak, published in January 2017.  (This was in the days when my reviews were rather shorter than they are now.  Not sure if this is good or bad…)

In a small town in Pennsylvania’s Endless Mountains, Hannah and her son Bo mourn the loss of the family patriarch, Jozef Vinich. They were three generations under one roof. Three generations, but only one branch of a scraggy tree; they are a war-haunted family in a war-torn century. Having survived the trenches of World War I as an Austro-Hungarian conscript, Vinich journeyed to America and built a life for his family. His daughter married the Hungarian-born Bexhet Konar, who enlisted to fight with the Americans in the Second World War but brought disgrace on the family when he was imprisoned for desertion. He returned home to Pennsylvania a hollow man, only to be killed in a hunting accident on the family’s land. Finally, in 1971, Hannah’s prodigal younger son, Sam, was reported MIA in Vietnam.

And so there is only Bo, a quiet man full of conviction, a proud work ethic, and a firstborn’s sense of duty. He is left to grieve but also to hope for reunion, to create a new life, to embrace the land and work its soil through the seasons. The Signal Flame is a stirring novel about generations of men and women and the events that define them, brothers who take different paths, the old European values yielding to new world ways, and the convalescence of memory and war.

Find The Signal Flame on Goodreads

Covering a period of a few months, we learn, mainly from the point of view of Bo, something of the tragic history of the family and the impact of his brother’s absence on the family and others. There is some gorgeous writing: “The air smelled of the same candle smoke and slight perfume of frankincense and gardenia that she remembered, and it still sounded even in its silence like every voice uttered was a whisper and that whisper would echo forever if she just sat and listened long enough.”

The book is incredibly sad in parts as tragedies – natural and manmade – come one after another; the toll of grief on some of the characters is sympathetically conveyed: “No, she had come to believe that the only thing one could be certain of was loss. The loss of others as one lived on. Loss as the last thing one left behind.”

What prevents the book becoming too overwhelmingly depressing is the theme of reconciliation.   There are some particularly moving and touching scenes between characters in which longstanding differences are set aside which, I’m not ashamed to say, moved me to tears.   I loved the descriptions of the routine of daily domestic tasks which never become mundane but gave a sense of the rhythm of life in a small, isolated community. The author explores ideas of duty, obligation and continuity through Bo’s sense of connection to the land acquired by and handed down by his grandfather and there is a sense of a real regard for skill and craftsmanship.

The one slight negative is that the absence of speech marks sometimes made it difficult to distinguish conversation between characters from internal monologue.  I received an advance review copy courtesy of NetGalley and publishers, Scribner, in return for an honest review.

Try something similar: The Fortunate Brother by Donna Morrissey (click here to read my review) 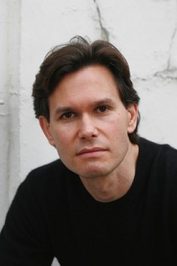 Andrew Krivak is the author of The Sojourn, a novel set during WWI; A Long Retreat: In Search of a Religious Life, a memoir about his eight years in the Jesuit Order; and the editor of The Letters of William Carlos Williams to Edgar Irving Williams, 1902-1912. The grandson of Slovak immigrants, he grew up in Pennsylvania, has lived in London, and has taught at Harvard, Boston College, and the College of the Holy Cross. Krivak currently lives with his wife and three children in Massachusetts.