When an author contacts you about reviewing their book, it’s disappointing to have to decline the opportunity because of your already huge review pile.  Such is the case when John R. Bell contacted me about his historical fiction novel, The Circumstantial Enemy.    However, just because my review pile is approaching mountainous proportions doesn’t mean I should hide interesting sounding books from followers of my blog.

You can read an excerpt from The Circumstantial Enemy further down this post and, if it sparks your interest, you can find the relevant purchase links below.

The Circumstantial Enemy chronicles the trials and capers of a young Croat pilot who finds himself forcibly aligned with Hitler’s Luftwaffe. Unbeknownst to the hero, his sweetheart and best friend have taken the side of the opposing communist partisans. The threesome soon discovers that love and friendship cannot circumvent the ideals of this war. Downed in the Adriatic Sea, the protagonist survives a harrowing convalescence in deplorable Italian hospitals and North African detention stockades. His next destination is a POW camp on American soil. With the demise of the Third Reich, repatriation presents his next challenge. What kind of life awaits him under communist rule? Will he be persecuted as an enemy of the state? And then there is his sweetheart; in letters she confesses her love, but not her deceit… Does her heart still belong to him?

Based on a true story, The Circumstantial Enemy is an energetic journey to freedom through minefields of hatred, betrayal, lust and revenge. Rich in incident with interludes of rollicking humour, it’s a story about the strength of the human spirit, and the power of friendship, love and forgiveness.

Find The Circumstantial Enemy on Goodreads

Extract from The Circumstantial Enemy by John R. Bell

For Tony, the past days had been hazy. How long since they pulled him from the sea? And that Red Cross nurse that changed his dressings – fancy thinking she was Katarina. It must have been the morphine. The mind was playing him up. Could the dead man next to him on the floor boards of the rescue boat also have been an apparition?

Four days at Bari, and Tony was transported to the Santa Marta POW hospital in Catania, Sicily, where authorities either hadn’t read the Geneva Convention’s medical code of conduct, chose to ignore it, or simply were overwhelmed by the task of treating so many with so little. Hygiene was appalling, food and fresh gauze scarce, and staff levels low. Add to that a rash of malaria spread by mosquitoes from the marshlands which had left a trail of dead POWs and sick medics. Prisoners changed their own bandages, applied ointments, and scrounged chow. Infection, not wounds became the killer.

The cots in Tony’s ward were so close together that the wider nurses had to sidle between them to treat the patients. Now that it was October, the ward’s four windows remained closed to retain heat. They also retained the stench of excrement, urine, body odour, ammonia, and infection. Tony wasn’t sure which was worse – shivering in the cold, clean air or retching from the foulness he breathed.

The muscles of his swollen left leg had atrophied, and the puffiness encasing the knee had yet to recede. A young doctor, reputedly the best of an exhausted lot, eventually took out the slug, removed the dead tissue, and ordered that the gash be left without sutures or bandage in the hope that bleeding from an exposed wound would cleanse it.

But the bleeding stopped, and the skin surrounding the incision became red and feverish. By morning, red streaks ran beyond the swelling zone, and a yellow discharge collected inside the opening. The smell made Tony gag. A dutiful nurse swabbed the pus with antiseptic, but her efforts were futile – the tissue was rotting.

If the infection wasn’t stamped out, gangrene would take the leg. Tony’s body had rejected the antibiotic sulfa drugs. Penicillin was the answer, but an army short on the miracle drug would not waste it on the enemy. Santa Marta hadn’t seen a new vial in two weeks.

Thankfully, there was no shortage of morphine. A generous shot lulled Tony to sleep, but by three in the morning, chills, fever, and an entourage of dead men disrupted his slumber. The young Messerschmitt pilot he’d killed over Belgrade and the lanky red-haired fisherman from Korcula stood watch at his bedside, and in a crescent behind them, Major Kirilenko and all the others he’d met along the deadly way.

The delirium lasted three days. It was a tingling that startled him awake. The throb in the leg was gone, but what the hell was that itch? The knee felt as if it were hooked to a hundred hairline strands of low-voltage current. He started to shake. Was this how it felt? Christ, no! The bastards had promised not to amputate. He’d given countless warnings, but the staff made it clear he may have to trade the leg for his life. Tony had said he wouldn’t make that trade.

He couldn’t bring himself to raise his head and look. So instead, he studied the map of russet stains in the ceiling, following the contours as if the water lines were the shores of Dalmatian islands on the Adriatic Sea. He traced every cove, isthmus, and peninsula connected by dust-laden cobwebs draping the dangling light bulbs.

Perspiration from his chest trickled down the furrow of his abdominal muscles to his navel. Let there be two. He squinted down his sopping chest. The bedsheet tented at the end of the cot. Wiggle them. The tent moved where his right foot should be. To see the left, he would have to sit up.

The man in the next cot asked what was wrong.

“Get them off! Get them off me!” Dozens of cream-colored maggots slithered and squirmed in the flesh in and around the uncovered wound. Tony whipped his head to his left and a stream of vomit splattered the floor and the legs of the next cot.

“Those grubs,” said his roommate, “are your best chance of saving that leg. They love rotting flesh – won’t bother with the healthy stuff. Feed them well.” 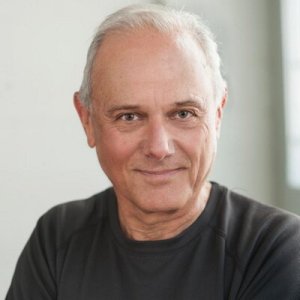 John Richard Bell was born in Chigwell, UK and now resides in Vancouver, Canada. Before becoming an author of business books and historical fiction, he was the CEO of a Fortune 500 company and a global strategy consultant. A prolific blogger, John’s musings on strategy, leadership and branding have appeared in various journals such as Fortune, Forbes and ceoafterlife.com