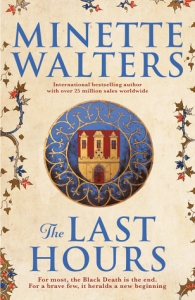 For most, the Black Death is the end. For a brave few, it heralds a new beginning.

When the Black Death enters England through the port of Melcombe in Dorseteshire in June 1348, no one knows what manner of sickness it is or how it spreads and kills so quickly. The Church cites God as the cause, and religious fear grips the people as they come to believe that the plague is a punishment for wickedness. But Lady Anne of Develish has her own ideas. Educated by nuns, Anne is a rarity among women, being both literate and knowledgeable. With her brutal husband absent from Develish when news of this pestilence reaches her, she takes the decision to look for more sensible ways to protect her people than daily confessions of sin. Well-versed in the importance of isolating the sick from the well, she withdraws her people inside the moat that surrounds her manor house and refuses entry even to her husband. She makes an enemy of her daughter and her husband’s steward by doing so, but her resolve is strengthened by the support of her leading serfs … until food stocks run low and the nerves of all are tested by continued confinement and ignorance of what is happening in the world outside. The people of Develish are alive. But for how long? And what will they discover when the time comes for them to cross the moat? 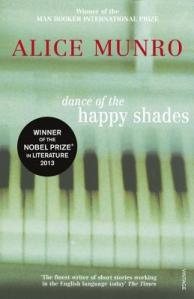 Dance of the Happy Shades by Alice Munro (ebook)

Alice Munro’s territory is the farms and semi-rural towns of south-western Ontario. In these dazzling stories she deals with the self-discovery of adolescence, the joys and pains of love and the despair and guilt of those caught in a narrow existence. And in sensitively exploring the lives of ordinary men and women, she makes us aware of the universal nature of their fears, sorrows and aspirations. 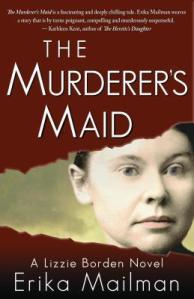 The Murderer’s Maid interweaves the stories of two women: one, the servant of infamous Lizzie Borden, and the other a modern-day barista fleeing from an attempt on her life. Trapped by servitude and afraid for her own safety, Irish maid Bridget finds herself an unwilling witness to the tensions in the volatile Borden household. As Lizzie seethes with resentment, Bridget tries to perform her duties and keep her mouth shut. Unknowingly connected to the legendary crime of a century ago, Brooke, the illegitimate daughter of an immigrant maid, struggles to conceal her identity and stay a jump ahead of the men who want to kill her. When she unexpectedly falls in love with Anthony, a local attorney, she has to decide whether to stop running and begin her life anew.

Recently finished (click on title for review, where available) 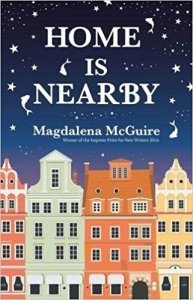 1980: The beginning of the Polish crisis. Brought up in a small village, country-girl Ania arrives in the university city of Wroclaw to pursue her career as a sculptor. Here she falls in love with Dominik, an enigmatic writer at the centre of a group of Bohemians and avant-garde artists who throw wild parties. When martial law is declared, their lives change overnight: military tanks appear on the street, curfews are introduced and the artists are driven underground. Together, Ania and Dominik fight back, pushing against the boundaries imposed by the authoritarian communist government. But at what cost? 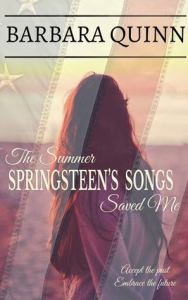 Coming home to catch her husband with his face between the long, silky legs of another woman is the last thing Sofia expects – and on today of all days. But, after scratching an expletive into his Porsche and setting the cheating bastard’s clothes on fire, she cranks up her beloved Bruce and flees, vowing to never look back. Finding solace in the peaceful beachside town of Bradley Beach, NJ, Sof is determined to start over. And, with the help of best friends, new acquaintances, a sexy neighbour, and the powerful songs of Springsteen, this may be the place where her wounds can heal. But, as if she hasn’t faced her share of life’s challenges, a final flurry of obstacles awaits. In order to head courageously toward the future, Sofia must first let go of her past, find freedom, and mend her broken soul. 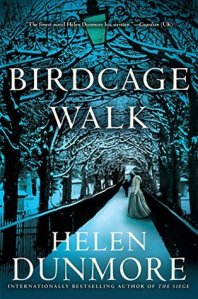 It is 1792 and Europe is seized by political turmoil and violence. Lizzie Fawkes has grown up in Radical circles where each step of the French Revolution is followed with eager idealism. But she has recently married John Diner Tredevant, a property developer who is heavily invested in Bristol’s housing boom, and he has everything to lose from social upheaval and the prospect of war. Soon his plans for a magnificent terrace built above the two-hundred-foot drop of the Gorge come under threat. Tormented and striving Diner believes that Lizzie’s independent, questioning spirit must be coerced and subdued. She belongs to him: law and custom confirm it, and she must live as he wants—his passion for Lizzie darkening until she finds herself dangerously alone. Weaving a deeply personal and moving story with a historical moment of critical and complex importance, Birdcage Walk is an unsettling and brilliantly tense drama of public and private violence, resistance and terror from one of our greatest storytellers. 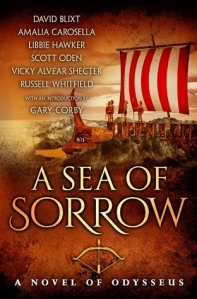 Odysseus, infamous trickster of Troy, vaunted hero of the Greeks, left behind a wake of chaos and despair during his decade long journey home to Ithaca. Lovers and enemies, witches and monsters—no one who tangled with Odysseus emerged unscathed. Some prayed for his return, others, for his destruction. These are their stories…

A beleaguered queen’s gambit for maintaining power unravels as a son plots vengeance. A tormented siren battles a goddess’s curse and the forces of nature to survive. An exiled sorceress defies a lustful captain and his greedy crew. A blinded shepherd swears revenge on the pirate-king who mutilated him. A beautiful empress binds a shipwrecked sailor to servitude, only to wonder who is serving whom. A young suitor dreams of love while a returned king conceives a savage retribution.

Six authors bring to life the epic tale of The Odyssey seen through the eyes of its shattered victims – the monsters, witches, lovers, and warriors whose lives were upended by the antics of the “man of many faces.” You may never look upon this timeless epic – and its iconic ancient hero – in quite the same way again. 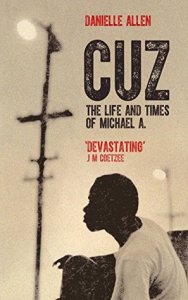 Aged 15 and living in LA, Michael Allen was arrested for a botched carjacking. He was tried as an adult and sentenced to thirteen years behind bars. After growing up in prison Michael was then released aged 26, only to be murdered three years later. In this deeply personal yet clear-eyed memoir, Danielle Allen reconstructs her cousin’s life to try and understand how this tragedy was the end result. We become intimate with Michael’s experience, from his first steps to his first love, and with the events of his arrest, his coming of age in prison, and his attempts to make up for lost time after his release. We learn what it’s like to grow up in a city carved up by invisible gang borders; and we learn how a generation has been lost. With breathtaking bravery and intelligence, Cuz circles around its subject, viewing it from all angles to expose a shocking reality. The result is both a personal and analytical view of a life that wields devastating power. This is the new American tragedy. 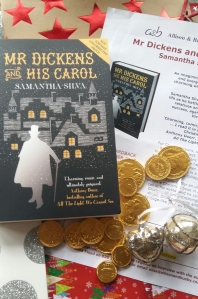 Mr Dickens and His Carol: A Novel of Christmas Past by Samantha Silva (advanced reader copy courtesy of Allison & Busby)

For Charles Dickens, each Christmas has been better than the last. His novels are literary blockbusters, and he is famous on the streets of London, where avid fans sneak up on him to snip off pieces of his hair. He and his wife have five happy children, a sixth on the way, and a home filled with every comfort they could imagine. But when Dickens’ newest book is a flop, the glorious life he has built for himself threatens to collapse around him. His publishers offer an ultimatum: either he writes a Christmas book in a month, or they will call in his debts, and he could lose everything. Grudgingly, he accepts, but with relatives hounding him for loans, his wife and children planning an excessively lavish holiday party, and jealous critics going in for the kill, he is hardly feeling the Christmas spirit.  Increasingly frazzled and filled with self-doubt, Dickens seeks solace and inspiration in London itself, his great palace of thinking. And on one of his long walks, in a once-beloved square, he meets a young woman in a purple cloak, who might be just the muse he needs. Eleanor Lovejoy and her young son, Timothy, propel Dickens on a Scrooge-like journey through his Christmases past and present—but with time running out, will he find the perfect new story to save him? 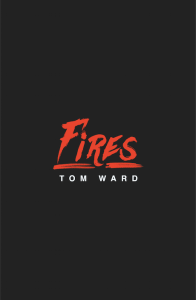 Fires by Tom Ward (eARC courtesy of the author)

There’s a fire on the horizon. For Guy, a fireman, it means the death of his wife and daughter. For 19-year-old Nathan and Alexa it means a chance to fight back against austerity and abandonment. While the teenagers turn to arson, Guy searches for meaning behind his family’s deaths, battling corruption and a lost underclass, intent on fiery revolution. For all three, their actions will lead them to the precipice of disaster.